New OTC medicines for fungal nail infections and verrucas have been launched in the UK by Galderma, Reckitt Benckiser and Vemedia, while new foot-care products have also been introduced by Blistex, Epitact and Dermatonics. 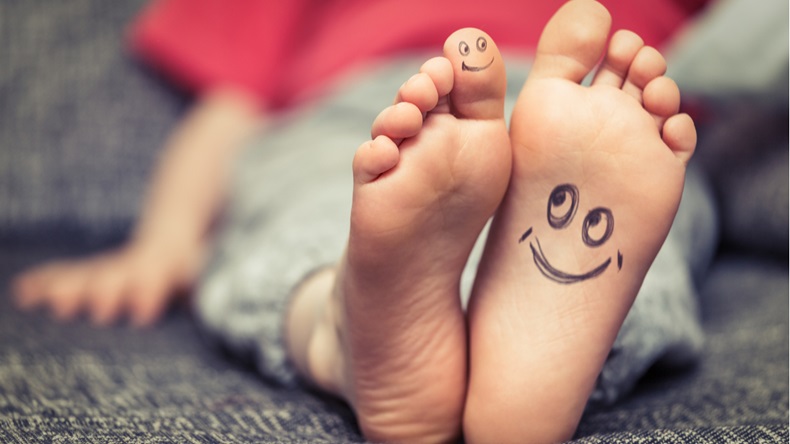 Originally marketed under the Loceryl brand and authorized as a prescription-only medicine in 1991, Curanail was switched to OTC status in 2006.

According to the MHRA, Curanail is licensed as an OTC medicine in roughly 34 countries worldwide, with 25 of these in Europe.

Assessing the safety of the product as part of Galderma’s GSL switch application last year, the MHRA said that amorolfine had a “good safety profile with very few side effects reported in clinical studies, or when the product was marketed as a prescription-only or pharmacy-only medicine.”

Furthermore, in the form of a nail lacquer, the MHRA added, there was “very little absorption of amorolfine into the blood system to be any cause for concern.”

Galderma has re-launched Curanail – which has an recommended retail price (RRP) of £29.99 ($37.99) – with a new TV-spot, featuring a woman who is shy because she has a fungal nail infection.

Galderma's TV Spot for Curanail in the UK
Open Media

In a YouTube video for the product – which features an “easy, one-click precision applicator” and is suitable for adults and children above four years of age – RB explains how its new verruca pen can be used to achieve “visible results in one week.”

Available to buy now for an RRP of £14.99 ($19.08), the pen used trichloroacetic acid to “cause the thickened skin of the verruca to peel, removing the virus and allowing healthy skin to appear,” RB explained.

RB's Verruca pen faces competition in the UK from Dutch consumer healthcare firm Vemedia Group, which has introduced a new two-in-one treatment for verrucae and warts under its established Excilor brand.

“Warts and verrucas are ugly, un-hygienic and can be painful,” Vemedia noted. “Excilor 2in1 Wart & Verruca Treatment offers an effective treatment for warts and verrucae in a much shorter treatment duration.”

“By targeting the wart and verruca simultaneously,” Vemedia pointed out, “DuoActive technology delivers higher cure rates than most other products on the market today, in a shorter treatment duration of just five days.” 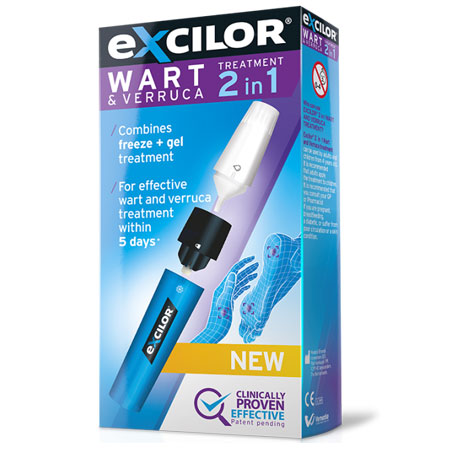 At a higher price point than RB’s pen-based verruca treatment at £24.99 per pack, Excilor 2in1 Wart & Verruca Treatment is available now nationwide in pharmacies.

Getting Off On The Right Foot: Blistex, Epitact and Dermatonics

Turning to non-medicinal launches, Blistex Inc. has extended its Odor-Eaters line of foot-care products in the UK with new Fatigue-Reducing Odor-Destroying Insoles.

Marketed under its Epitact brand, Millet said its Hallux Valgus Protector – which contains a 1mm-thick disc with the firm’s patented Epithelium 26 gel to soothe discomfort caused by bunions – was “easy to position,” could be machine washed and was suitable for either the left or right foot.