Automatic switch from pharmacy to general sales list status and leveraging the power of real-world data are two ways in which the UK's switch system can be made more efficient, according to the PAGB's new senior director of Regulatory Affairs, Michelle Riddalls. 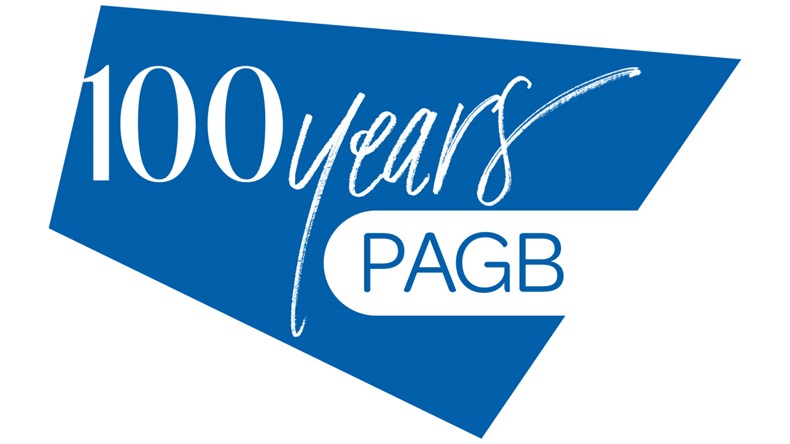 Source: PAGB
What is your background in switch?
Before joining the Proprietary Association of Great Britain (PAGB) in June, I was Pfizer Inc.’s Regulatory Affairs director for Northern Europe. In this role I was involved in two high-profile UK re-classifications: the prescription-only to general sales list (POM-to-GSL) switch of Nexium Control in 2015 and the prescription-only to pharmacy (POM-to-P) switch of Viagra Connect in 2017. As a regulatory lead I was involved in the day-to-day strategy and interactions with the UK’s Medicines and Healthcare products Regulatory Agency, as well as in gaining approval of the advertising content for the subsequent product launches. Prior to this I was senior Regulatory Affairs manager at Johnson & Johnson, where I was involved in a lot of P-to-GSL re-classifications, for example Calpol in 2006 and Regaine in 2010. Those were probably the most well-known ones, but I’ve been involved in lots more.

I’ve definitely had a lot of experience of switching throughout my career. Obviously, the Viagra Connect switch was very high profile, so it was very exciting to be a part of that. Nexium was also a big challenge because no one had ever done a POM to GSL switch before, so that was very interesting. Having previously done a lot of P to GSL switches at J&J I was used to having to prove that something could be GSL, so my previous experience really helped in that area.
Why is switching important?
Switching is important for consumers because it gives them access to something that they could previously only get through a doctor. I think part of the benefit of switching and enabling people to have access to more products is that it also normalizes self-care. Because the more conditions for which you can self-care, the more normal it becomes to self-care in general. This points to the importance of education, as argued in the PAGB’s recent White Paper (see PAGB Self-Care White Paper). There’s still so much education that needs to be done with the general population and pharmacists. You wouldn’t believe the number of my friends that don’t realize that the products you can buy if you speak to a pharmacist are different to those you can buy on the shelf.  A lot of people also don’t appreciate either that pharmacists train for almost as long as a doctor and can provide expert healthcare advice.

"You wouldn’t believe the number of my friends that don’t realize that the products you can buy if you speak to a pharmacist are different to those you can buy on the shelf. A lot of people also don’t appreciate either that pharmacists train for almost as long as a doctor and can provide expert healthcare advice."

While the switch was important for Pfizer, for consumers, seeing the advertisements for a product that previously could not be advertised as a prescription-only medicine was ground-breaking and will actually have aided people on that journey of education around self-care. (Also see "Viagra Connect aims to remove ED stigma" - HBW Insight, 11 May, 2018.) Pfizer’s normalization of erectile dysfunction through its marketing for Viagra Connect showed consumers that it was ok to have the condition and more importantly that it could be treated by using an OTC medicine. Furthermore, the requirement to speak to a pharmacist when you buy Viagra means that underlying causes of ED can be identified and can be treated through referral to a doctor. So, POM-to-P switches have the added benefit of drawing people that previously avoided seeking help into the healthcare system.
How will you bring your extensive switch experience to your new role at PAGB?
Firstly, my experience will allow me to advise PAGB members on their switch strategies and on the content of their switch applications, as well as also potentially helping them with the advertising and launch of switched products. Secondly, my insight into switching will help PAGB engage with MHRA with regards to streamlining the reclassification process in the UK. For example, I’d like to re-initiate the reclassification group we had in the UK a few years ago to see if there are new ways of doing things going forward. (Also see "UK fertile ground for switching" - HBW Insight, 27 Apr, 2018.) I also want to look at different switch models across the world that may work over here.
Sounds like there may be a switch strategy for PAGB in the near future?
Switching has always been a priority PAGB. Fundamentally, we start from a place that reclassification is a positive thing.  We want people to self-care and increasing the number OTC medicines available increases their ability to self-care. So, we’re always looking at what more we can do to facilitate that process. We certainly we want to look at streamlining, as there’s always opportunities for improvement. It has been a few years since MHRA updated its reclassification guidance – a process that PAGB was involved in – and during that time there has been a number of switches. Updating this guidance with MHRA will allow PAGB to feed-in industry experience from the last two or three years and work with the MHRA on streamlining things a bit more and making the reclassification process more efficient.
You mentioned learning from other countries. Are there any national switching models you are thinking about in particular?
Working for PAGB gives me a bit more of a chance to look at switching more holistically, rather than only thinking of this in terms of the UK or one company. I’m interested in models where medicines become more widely available more automatically, so for example where a medicine has been P for a certain amount of time and has met certain safety parameters then it could become GSL without having to go through another switch application.

"I’m interested in models where medicines become more widely available more automatically, so for example where a medicine has been P for a certain amount of time and has met certain safety parameters then it could become GSL without having to go through another switch application."

Another area where there is great potential is in using technology to show that switched medicines are being used safely by consumers. Traditional post-marketing surveillance studies are very extensive and expensive. We’d like to have a look at whether digital tools and real-world data could be used instead. I think that’s something I would like to explore, to see if we can we do this in a more efficient way.  (Also see "EMA Is Exploring How Real-World Data Can Benefit Europe’s OTC Market, Says Agency Head Rasi" - HBW Insight, 1 Apr, 2019.); (Also see "Use Real World Evidence To Drive Innovation, IQVIA Advises " - HBW Insight, 10 Dec, 2018.)
What about Germany, where the local industry association, BAH, has done a lot of work in improving the country’s reclassification process?
I know there’s been a lot of work in Germany and I know some people that have worked on this at BAH, but I think they are coming from a very different place. I think they had a more cautious medicines agency, BfArM, and they’ve needed to get over that hurdle. (Also see "German Industry Wants To Simplify 'Complicated' Switch Process" - HBW Insight, 24 May, 2019.) Luckily in the UK we haven’t got that issue, we’ve got a very forward-thinking agency in MHRA. So, I think we can look at what they’ve done in Germany, but ultimately their starting point was very different.
Will MHRA be open to new ideas?
Given that they are forward thinking, proactive and generally very supportive, I would hope so. Re-classification is an area where the agency has always been happy to work with PAGB, so I think they would be very open to having that conversation. Obviously what finally gets agreed at the end of the day, who knows, but I can’t believe that they wouldn’t want to have the conversations.
Advertisement