A Hangover Is A Disease, German Court Rules

A senior German court has ruled that hangovers are genuine illnesses, meaning that a German manufacturer's "anti-hangover" drink fell foul of the country's advertising rules which prohibit health claims for foods or food supplements. 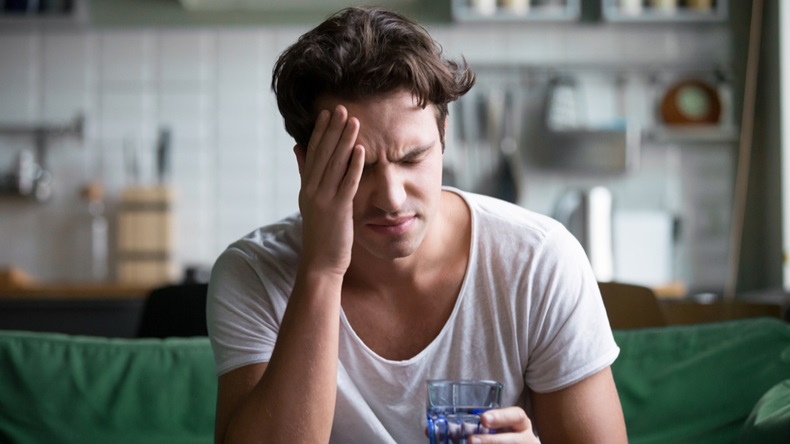 Alcohol-related hangovers are genuine illnesses, according to a recent ruling by a high-level German court.

Adjudicating a case that had been brought against a German wellness manufacturer for health claims made for its “anti-hangover” supplements, the Higher Regional Court in Frankfurt defined hangovers as illnesses due to their origins in a “minor or transient disturbance of the normal nature or normal activity of the body.”

That hangovers were self-induced,“insignificant or temporary” disturbances of this normal nature or activity that would eventually heal by themselves was not relevant, the court added.

Because it was illegal to attribute to a food or food supplement “any properties of prevention, treatment or cure of a human disease or give rise to the impression of this property," the court ruled in favor of the unnamed complainant.

The decision is not final and can be appealed by the defendant.

Grape or grain but never the twain?

“Alcohol-induced hangover constitutes a significant, yet understudied, global hazard and a large socio-economic burden,” insist a group of German researchers in a peer-reviewed article published earlier this year in The American Journal of Clinical Nutrition.

Investigating via a randomized controlled clinical trial the influence of beer and wine consumed together on hangover intensity, the researchers explained that alcohol-induced hangover symptoms occurred “when elevated blood alcohol concentrations return to zero.”

“Surprisingly,” they noted, there were “neither any sound pathophysiological hangover models nor any effective medical remedies” for hangovers. Instead, people relied on old folk sayings such as “beer before wine and you’ll feel fine; wine before beer and you’ll feel queer” to try and reduce their severity or prevent hangovers from occurring at all.

Hangovers were a “protective warning sign that will certainly have aided humans over the ages to modify future behavior,” the researchers concluded. “One should be mindful of the important benefits of a symptomatic hangover, and hence pass on this evolutionary advantage to next generations.”

To find out whether there was any truth to these sayings, the researchers tested a group of participants aged 19 to 40 years old with a mixture of 5% Carlsberg Pilsner lager and a 2015 Edelgräfler white wine.

The trial – which included a control group also consumed the alcoholic drinks, but separately – found that “neither type nor order of consumed alcoholic beverages significantly affected hangover intensity."

Interestingly, the researchers found that perceived drunkenness and vomiting were, on the other hand, “useful predictors of misery in the morning after the night before.”

Hangovers were a “protective warning sign that will certainly have aided humans over the ages to modify future behavior,” the researchers concluded. “One should be mindful of the important benefits of a symptomatic hangover, and hence pass on this evolutionary advantage to next generations.”