Schakowsky’s Loaded Cosmetics Bill Described As ‘Floor, Not A Ceiling’ For States To Build On

The Safe Cosmetics and Personal Care Products Act, reintroduced in the US House, exceeds the proposed Personal Care Products Safety Act in the Senate in terms of the duties and resource demands it would impose on companies and the FDA, while leaving states free to regulate cosmetics even more stringently. The proposal now must vie for the attention of the Energy and Commerce Committee. 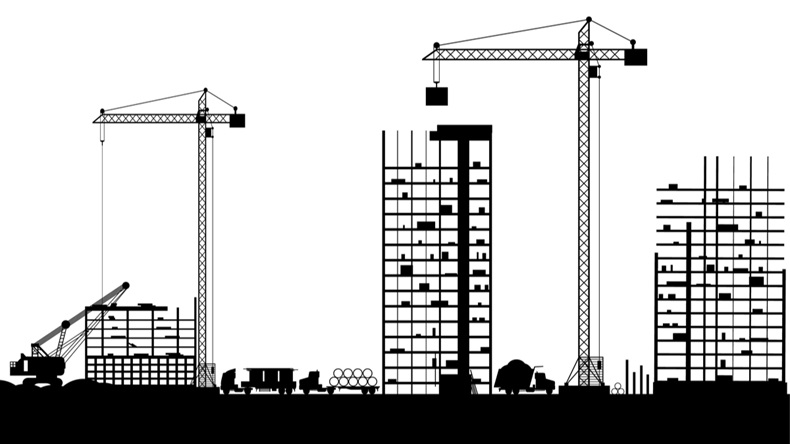 Not to mention impeachment proceedings against President Donald Trump, which are bound to divert Congress’s attention from legislative matters, despite assurances to the contrary.

“I will continue to uphold my responsibility to govern and carry out my legislative agenda, but no one – not even the President of the United States – is above the law,” stated Energy and Commerce Chairman Frank Pallone, D-NJ, in a 24 September call for Trump’s impeachment.

Pallone issued his statement in tandem with Speaker Nancy Pelosi’s formal announcement of a probe into alleged White House offenses raised by an anonymous whistleblower.

If cosmetics regulatory reform is among issues that get sidelined amid Trump-Ukraine impeachment furor, that may not be the worst thing for the cosmetics industry.

House Democrats’ impeachment declaration came less than two weeks after Rep. Jan Schakowsky, D-IL, revived her proposed Safe Cosmetics and Personal Care Products Act, H.R. 4296, which has been referred to Energy and Commerce as well as the Committee on Education and Labor.

H.R. 4296, essentially a radicalized version of the Personal Care Products Safety Act, makes all the more glaring the absence of more conservative cosmetics reform legislation in the 116th Congress.

Introduced too late in the previous session to make waves, Schakowsky’s bill would dramatically overhaul cosmetics oversight in the US. (Also see "What Do Cosmetics Reform Campaigners Dream Of At Night? Rep. Schakowsky Just Reintroduced It" - HBW Insight, 29 Sep, 2018.)

H.R. 4296 would require companies to register facilities with the US Food and Drug Administration, submit ingredient statements and product safety data to the agency (which would make non-confidential information publicly available), report serious adverse events, identify toxic (and allergenic) fragrance chemicals on product labels as well as contaminants above de minimis thresholds, and abide by a “reasonable certainty of no harm” safety standard and good manufacturing practices.

The FDA would be authorized to halt the distribution of cosmetics linked to serious adverse events and/or issue mandatory recall orders. The agency also would be tasked with dividing the cosmetic ingredient universe into Prohibited, Restricted, Safe Without Limits and Priority Assessment buckets.

A dozen ingredients and contaminants “that peer-reviewed research has proven to be toxic” would be listed as prohibited instantly.

There are a number of companies that support the Safe Cosmetics and Personal Care Products Act, according to Schakowsky. She names California Baby, Beautycounter, EO Products, Juice Beauty, Intelligent Nutrients and Earth Mama Organics, among others.

There’s good PR in getting behind the bill. Schakowsky’s office is calling it the “progressive standard bearer” that closes loopholes in federal regulations that allow consumers to be exposed to harmful chemicals through cosmetic product use.

The bill has picked up 22 co-sponsors, all Democrats, since its introduction 12 September.

For example, the legislation would impose new requirements on manufacturers’ distribution and translation of material safety data sheets to salon owners and employees.

It also describes a system of federal grants that would be awarded to universities or not-for-profit researchers to support the development of “safer alternative” ingredients, favoring applicants whose work focuses on those populations.

Further, it directs the National Institute of Environmental Health Sciences, part of the National Institutes of Health, to award grants for investigations into chemicals in cosmetic products linked to adverse health effects among women and girls of color, as well as into the marketing of such products.

Energy and Commerce Committee members Diana DeGette, D-CO, and Doris Matsui, D-CA, are among those who have signed on in support of the bill.

Co-sponsored by Rep. John Shimkus, R-IL, Pallone's tentatively titled Cosmetic Safety Enhancement Act of 2019 hews closely to the bipartisan Personal Care Products Safety Act in the Senate, S. 726, which has gained 11 cosponsors since its reintroduction in March and, according to its authors, is backed by most of the cosmetics industry’s biggest players. (Also see "Rep. Pallone’s Discussion Draft For Cosmetics Reform Closely Mirrors Reintroduced Feinstein/Collins Bill" - HBW Insight, 8 Mar, 2019.)

On release, the Pallone/Shimkus proposal differed from the Personal Care Products Safety Act in that it included a preemption placeholder, signaling possible interest in discussion around industry’s foremost priority in cosmetics reform legislation – checking the increasingly complex patchwork of state and local laws that deviate from or add to federal requirements.

In contrast, Schakowsky’s bill would ensure that states and local governments can go on establishing more stringent requirements for cosmetics companies compared with federal law.

In a section-by-section summary, the congresswoman’s office interprets the bill’s savings clause regarding state powers thus: “This bill acts as a floor, not a ceiling.”

Some level of industry opposition to any federal bill that does not provide for robust preemption is all but assured, at least in the current session. (Also see "ICMAD: Federal Cosmetics Legislation Without National Uniformity Not In Industry’s Interest" - HBW Insight, 10 Apr, 2019.)

The Personal Care Products Council told HBW Insight 1 October that its member companies continue to support Pallone and Shimkus' bipartisan efforts to advance cosmetics reform legislation through the Energy and Commerce Committee. "We look forward to engaging with Congresswoman Schakowsky on the issue of broader cosmetics reform as the issue moves through Congress," a spokesperson said.

Reform ‘Has Never Been Closer’

The Environmental Working Group, which has gone on record with its support of the Personal Care Products Safety Act, welcomes the reintroduction of Schakowsky’s Safe Cosmetics and Personal Care Products Act, commends the congresswoman in particular for her continued focus on cosmetic ingredient disclosure, but stops short of endorsing the bill outright.

H.R. 4296 likely will not be the House’s flagship cosmetics reform bill, but it still could influence discussions and help to position the Personal Care Products Safety Act and Pallone/Shimkus companion as more moderate reform proposals in comparison.

This makes all the more glaring the continued absence of more conservative legislation in the 116th Congress on par with the Cosmetic Modernization Amendments of 2017, proposed by former Rep. Pete Sessions, R-TX. Trade group Independent Cosmetic Manufacturers and Distributors championed that bill as appropriately sized reform that would strengthen the FDA’s authority and enhance consumer protections without crippling small businesses.

Gone also is the FDA Cosmetic Safety and Modernization Act, which Sen. Orrin Hatch, R-UT, introduced in late 2017 before retiring a year later. ICMAD called that legislation a step in the right direction compared with the Personal Care Products Safety Act. (Also see "ICMAD Stands By House Cosmetics Bill, But May Be Ready To Negotiate" - HBW Insight, 31 Oct, 2017.)

Pallone’s office did not respond to an enquiry regarding the congressman’s plans for cosmetics reform legislation.

Cosmetics Reform To Catch Ride On Next Coronavirus Relief Bill?

What Do Cosmetics Reform Campaigners Dream Of At Night? Rep. Schakowsky Just Reintroduced It

ICMAD Stands By House Cosmetics Bill, But May Be Ready To Negotiate