A National Toxicology Program rat study linking oxybenzone to “equivocal evidence of carcinogenic activity” is far from damning, but it's a reminder of just how steep a mountain industry may have to climb to maintain the UV filter’s generally recognized as safe and effective (GRASE) status for OTC marketability, currently under FDA review. 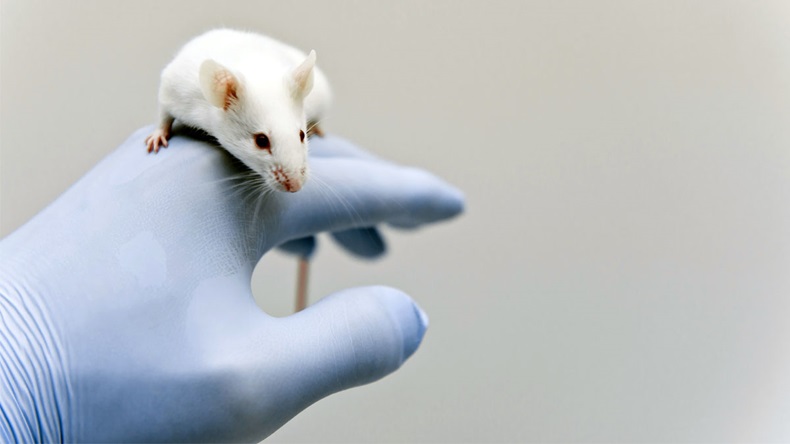 The National Toxicology Program identified “equivocal evidence of carcinogenic activity” in rats exposed to 2-hydroxy-4-methoxybenzophenone (HMB), or oxybenzone, according to a draft report released in October.

While hardly a red flag, the tentative finding could drive additional research into oxybenzone’s carcinogenic potential – as publicly available literature on the subject is limited – and provide fodder for campaigns against the ingredient at a time of growing regulatory scrutiny around the US.

The National Cancer Institute nominated oxybenzone for NTP review, as part of the latter's Technical Report series, due to widespread consumer exposure to the substance through sunscreen products and a general lack of publicly accessible carcinogenicity data.

According to the draft report, announced in the Federal Register on 11 October, the NTP orally exposed groups of rats and mice to oxybenzone in doses of 1,000, 3,000 or 10,000 parts per million over a two-year period for comparison against control groups.

Both rats and mice showed increased incidence of non-neoplastic lesions versus controls, but there was no evidence of carcinogenic activity in the mice, the report notes.

"We expect that a positive GRASE finding for oxybenzone-containing sunscreens would require, among other things, DART studies that fully investigate its potential endocrine-disrupting effects. The record also lacks systemic and dermal carcinogenicity studies for oxybenzone.” – FDA’s proposed final sunscreen rule

On the NTP’s carcinogenic evidence scale, equivocal evidence – as opposed to “clear evidence” and “some evidence” –  is “demonstrated by studies that are interpreted as showing a marginal increase of neoplasms that may be chemical-related," says the inter-agency program run by the US Department of Health and Human Services.

Far from anything definitive, the equivocal designation falls on the lower end of the positive testing spectrum that, according to the NTP, indicates a possible human hazard.

The NTP notes that human risk determinations are beyond the scope and intent of its Technical Reports.

Organizations such as the International Agency for Research on Cancer, part of the United Nations' World Health Organization, take NTP studies into account in wider analyses aimed at characterizing human cancer risks.

IARC's classifications can have regulatory implications in the US. For example, “sufficient evidence” of a substance’s carcinogenicity in experimental animals, earning a Group 2B categorization from IARC, triggers listing under California’s Prop 65 regulation.

The NTP’s draft report on oxybenzone will undergo evaluation by a peer review panel on 12 December. Interested parties can register by that date to view the meeting via webcast, or by 3 December to present oral comments.

Written comments must be submitted to the NTP by 20 November.

Notwithstanding the relative weakness of carcinogenic signals in the NTP’s rodent study, NGOs and policymakers could seize on the report to push harder for bans or tighter restrictions on oxybenzone use in sunscreens and other personal-care products.

While the driving impetus behind the Florida bill is oxybenzone’s feared threat to local coral, advocates of oxybenzone bans frequently cite human health concerns as well.

Meanwhile, the US Food and Drug Administration tentatively designated oxybenzone as Category III (needs additional data) in a February proposed rule to establish a final OTC sunscreen drug monograph, which is due by the end of November under the Sunscreen Innovation Act.

Industry’s strategy focuses on generating maximal usage trial (MUsT) data requested by the FDA to gauge the systemic absorption rates of sunscreen active ingredients, an issue of growing concern as sunscreen use has increased in recent decades and science has emerged suggesting dermal penetration potential.

Under the plan outlined by the Personal Care Products Council, a pivotal MUsT for industry’s first selected UV filter would not be completed until 2023, with additional MUsTs to follow for remaining active ingredients prioritized by the trade group’s base.

In the interim, PCPC intends to compile clinical data from its members, to date unavailable to the FDA, regarding sunscreen ingredients’ dermal safety, as well as non-public, non-clinical studies related to UV filters’ carcinogenicity and developmental and reproductive toxicity (DART).

The FDA identified all of those endpoints in its proposed sunscreen rule as insufficiently addressed by data in the public domain.

Regarding oxybenzone specifically, the agency stated, “The available literature includes studies indicating that oxybenzone is absorbed through the skin to a greater extent than previously understood and can lead to significant systemic exposure.”

The FDA continued, “We expect that a positive GRASE finding for oxybenzone-containing sunscreens would require, among other things, both a MUsT showing the degree of oxybenzone absorption under maximal usage conditions and DART studies that fully investigate its potential endocrine-disrupting effects. We found neither in the existing record. The record also lacks systemic and dermal carcinogenicity studies for oxybenzone.”

On the other hand, if studied sunscreen active ingredients are shown to absorb at levels of concern to the FDA, industry’s fight to maintain current GRASE designations and reliant sunscreen products’ OTC availability could be compounded significantly.

Naturally, industry will continue to advocate assessments that weigh any UV filter hazards against sunscreen products' skin cancer-prevention benefits, as the FDA and dermatologists continue to recommend sunscreen use as part of consumers' sun-safety strategies.

EWG Sunscreen Assessment Finds Oxybenzone Use Slowing, But Shows Most Still Are ‘Inadequate’