US Humane Cosmetics Act Backed By Industry And NGOs Alike; Here’s Why

The proposed bill in the US Senate could be seen as slightly friendlier to the cosmetics industry when it comes to continued use of animal testing data in limited, exempted contexts, compared with similar state laws enacted of late. But the federal bill includes stiffer penalties, addresses “cruelty free” labeling, and seeks to spur FDA acceptance of alternative test methods, a key objective for stakeholders overall. 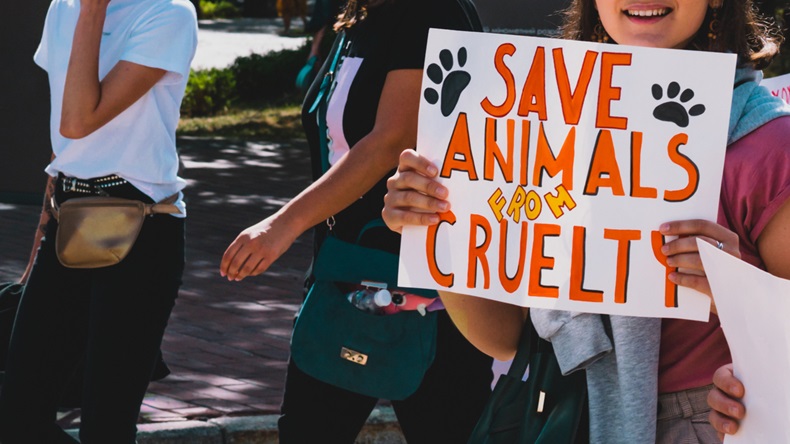 It’s fairly safe to say that no one in the beauty industry relishes the idea of animal suffering.

However, cosmetic ingredient innovation may still rely on animal testing, given the enduring absence of validated and/or regulatory-approved alternative methods to demonstrate the safety of novel ingredients against critical safety endpoints without animal testing.

Further, some regulatory regimes around the world continue to mandate animal testing as a prerequisite for cosmetic market entry, while others – eg, the US – still consider animal testing a sometimes necessary component of cosmetics safety substantiation.

There’s also the matter of multipurpose ingredients that may be affected by animal testing for non-cosmetic purposes – should those be banned from use in the cosmetics sector?

Such concerns drove industry opposition to prohibitions on animal-tested cosmetics implemented in full in the European Union in March 2013, created resistance to California’s Cruelty-Free Cosmetics Act, enacted in 2018, and generally have continued to drag on ban proposals in other US states and jurisdictions around the globe.

There are differences in existing state laws’ language, including in provisions for enforcement and, importantly, exemptions, creating a patchwork of requirements that promises to grow all the more complicated and burdensome if additional states follow suit.

Despite the pushback, 39 countries have passed laws to ban cosmetic animal testing to date, according to Humane Society International.

The US is not one of them, but the bipartisan Humane Cosmetics Act, introduced on 18 November by Sen. Martha McSally, R-AZ, and a trio of colleagues would add the US to that list.

Notably, the bill has robust industry backing, in addition to that of the Humane Society of the United States (HSUS), Cruelty Free International and like-minded NGOs.

The Personal Care Products Council issued a same-day statement in partnership with HSUS and the Humane Society Legislative Fund championing the legislation and calling for its expeditious passage by Congress.

The bill marks “a historic moment,” the groups say, adding, “We stand firm in our shared goal to eliminate new cosmetics animal testing and promote recognition and acceptance of alternative approaches to cosmetics safety assessments.”

To the extent that California’s SB 1249 will dictate cosmetic testing practices nationwide, the Humane Cosmetic Act’s core objectives already will be served by 1 January 2020 under California law.

However, there are differences in the state laws’ language, including in their provisions for enforcement, penalties and, importantly, exemptions, creating a patchwork of requirements that promises to grow all the more complicated and burdensome if additional states follow suit.

PCPC and HSUS note, “Enactment of this legislation is critically important to ensure a uniform standard for animal welfare.”

Interestingly, the Senate bill could provide a pathway for continued use of animal-testing ingredients in cosmetics that existing state laws do not.

Under the California and Illinois statutes, companies can use ingredients in cosmetics that were tested on animals for non-cosmetic purposes, but data derived from the animal tests cannot be relied upon to substantiate product safety in accordance with state requirements that parallel the Federal Food, Drug and Cosmetic Act. (Also see "California Passes Cruelty-Free Cosmetics Act: Now Friendlier To Industry, Still A Legal Minefield " - HBW Insight, 3 Sep, 2018.)

The federal Humane Cosmetics Act contains the same exemption for non-cosmetic animal testing, but also allows for the inclusion of such testing in data files supporting product safety, provided that “there is documented evidence of the non-cosmetic intent of the test,” and “there is a history of use of the ingredient outside of cosmetics at least 1 year prior to the reliance on such data.”

Nevada took a similar approach with its ban.

The Humane Cosmetics Act would require the FDA to develop and publish on its website, within one year of the bill’s enactment, a strategic plan to support the evolution and implementation of alternative test methods and strategies for assessing cosmetic safety.

Like the state laws, the Humane Cosmetics Act would exempt animal testing undertaken to comply with foreign regulatory mandates, in China for example, but data from those tests would be strictly off-limits for use in cosmetics safety substantiation.

The Humane Cosmetics Act also mirrors state laws in its exemptions for animal testing conducted to meet the FFDCA’s drug requirements (with implications for sunscreen, acne or antiperspirant active ingredients, for example), as well as any animal testing expressly required by the US Food and Drug Administration, though the latter applies only in limited contexts that almost certainly would be challenged if claimed – and the bill provides for the public to do so.

Specifically, animal testing ordered by the FDA is excepted when there is a threat of serious consumer harm, no “recognized” non-animal methods exist to otherwise investigate the issue, and specific ingredients in question are already in wide use and cannot be replaced by substantially equivalent alternatives.

Lighting A Fire Under FDA

The proposed Humane Cosmetics Act would exceed existing state laws in its penalties – up to $10,000 per violation – and its unique provisions governing use of “cruelty free” claims on product labels or packaging.

Further, the bill seeks to expedite the review and regulatory acceptance of new scientifically valid test methods and strategies that do not involve animals, a component that should please both industry stakeholders and the animal-welfare community.

The legislation would require the FDA to develop and publish on its website, within one year of the bill’s enactment, a strategic plan to support the evolution and implementation of alternative test methods and strategies for assessing cosmetic safety.

The plan should include a regularly updated list of scientifically reliable and relevant non-animal approaches recognized by federal or international regulatory agencies, as well as examples of some that have been accepted in practice by the FDA, the bill stipulates.

Additionally, FDA must, “to the maximum extent possible with available resources, prioritize and carry out performance assessment, validation and translational studies to accelerate the development of scientifically valid test methods and strategies that replace the use of vertebrate animals,” according to the proposal.

Industry stakeholders claim that FDA foot-dragging, when it comes to embracing alternative methods, is a big part of why many beauty companies are reluctant to transition to innovative, non-animal techniques.

“It’s long past time to end cosmetics animal testing in the US,” asserts McSally in a same-day release. “Not only is this practice inhumane, but it is also ineffective and costly. … This bipartisan bill would protect innocent animals from needless abuse, while modernizing our cosmetics industry.”

The Humane Cosmetics Act is backed by 250 cosmetics companies, in addition to PCPC.

“We look forward to working with a bipartisan group of congressional leaders, and other key stakeholders, to help enact the Humane Cosmetics Act in this Congress,” PCPC and HSUS state.

McSally has made previous attempts with the Humane Cosmetics Act. In the last congressional session, HR 2790 garnered 186 cosponsors but failed to move in committee.  (Also see "CFI Sets Sights On US, Global Bans To ‘Close The Door’ On Cosmetic Animal Testing" - HBW Insight, 7 Sep, 2018.)

However, the bill’s latest incarnation in the 116th Congress is far more comprehensive and thoughtfully crafted compared with previous iterations.

Should the legislation cross the finish line, it undoubtedly would send a powerful signal to the rest of the world and perhaps set a new global standard that both industry and animal advocates can live with and thrive under.

PCPC Focused On Championing Risk-Based, Proportionate Policies Around The Globe In 2022

CFI Sets Sights On US, Global Bans To ‘Close The Door’ On Cosmetic Animal Testing