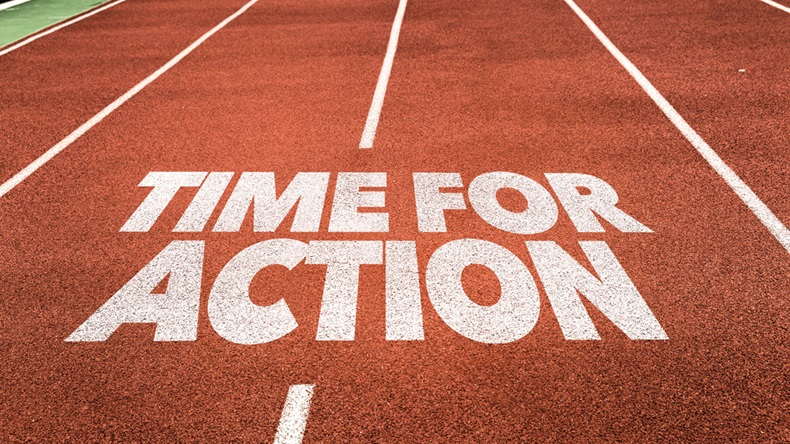 Integrating digital into company strategy, partnering with agile start-ups and harnessing the power of big data are three ways that consumer healthcare (CHC) firms can catch up with the digital revolution that is sweeping its way through the sector, according to IQVIA Consumer Health’s Andy Tisman.

Digitalization had already had a “significant impact” on the way that consumers engaged with their health and with the CHC options available to them, Tisman – global senior principle at IQVIA’s new Consumer Health operation – told participants at a recent webinar.

So far, industry had been reactive rather than proactive, he said, held back by the pill-based model of helping consumers deal with symptoms of minor and self-limiting conditions with branded OTC drugs.

“As a result, the consumer health industry in general has not led the way in developing digital health solutions or even in early partnering with technology innovators who have been rushing into the space,” Tisman argued.

However, while it was “certainly late,” he insisted it was “not too late” for CHC companies willing to take “decisive action” and “make the right investments,” as the digital health market still had “a lot of evolution ahead.”

Get On The Train

Tisman suggested three actions that CHC firms could take now to “get on the digital train before it leaves the station.”

An example of such an approach might be Reckitt Benckiser Group PLC’s new Neuriva product, which combines a coffee-based dietary supplement with a “brain training” smartphone app.  (Also see "Reckitt Shaking Up Brain Health Market With Neuriva Dietary Supplement And Mobile App Launch In US" - HBW Insight, 25 Feb, 2019.)

By combining a pill based on a science-backed proprietary ingredient and a digital tool that allowed the consumer’s experience to be personalized, Neuriva represented the “best of both worlds,” RB’s Dr John Creek told HBW Insight in an exclusive interview earlier this year.  (Also see "‘We’re Not In The Market For Gimmicks’ – RB's Head Of Disruptive Innovation On Personalization And Digital Health" - HBW Insight, 20 Aug, 2019.)

“Apps provide us with the digital tools to be able to respond more quickly to individual needs and can provide a more personalized experience than what a pill on its own might be able to,” he commented.

These partnerships offered advantages for both parties, RB’s Dr Creek explained. RB was able to leverage Cognifit's cutting edge technology to distinguish its products from overcrowded and overcomplicated retail shelves, he explained, while Cognifit could use RB’s significant resources to scale up its product and reach a mass audience.

Unless major players like RB had “enormous technology capabilities and resources itself” – and “very few” would be in this position – this kind of collaboration would be the future of the CHC industry, Tisman predicted.

However, the challenge for industry was choosing the right kind of partner, he warned.

On the one hand, you had the small, fast and agile innovators with “great ideas [that] lack the muscle and finances to commercialize their developments optimally,” Tisman said, or on the the other, the technology giants who saw healthcare as a “key focus area for the future and are investing heavily to develop their positions.”

Amazon’s partnership with Perrigo Co. PLC in the US to create its Basic Care brand is one example of the latter.  (Also see "Amazon OTCs Likely A Worry For Retailers, A Remedy For Perrigo" - Pink Sheet, 3 Jan, 2018.)

This partnership has proved so successful that Amazon has since doubled the Basic Care portfolio – which now includes around 60 products in categories including cough, cold, allergy and digestive health – and added the Solimo line of “simple” and “clean-looking” personal care, supplement, cosmetics and food products to its CHC offering.  (Also see "Amazon's Solimo Supplements' Prices, Selection Slow Market Share Incursion" - HBW Insight, 13 Jul, 2018.)

The key to deciding the correct strategy, Tisman advised, was to “assess the value that’s created for health stakeholders – consumers of course but also others involved in healthcare provision.”

Tisman’s third and final recommendation for CHC firms was to “harness the power of big data,” working, if necessary, with data science experts to turn real-world data and evidence into “value-generating insights.”

Here Tisman echoed a previous IQVIA webinar, in which he argued that digital health tools such as smartphone apps and wearables made it easier and cheaper than ever for industry to find out about what consumers wanted from OTC products and how they were using the products that they purchased.  (Also see "Use Real World Evidence To Drive Innovation, IQVIA Advises " - HBW Insight, 10 Dec, 2018.)

Real world evidence generated through these tools could help firms formulate new claims for existing OTC brands, he explained, while also providing the evidence required by medicines regulators to support these claims.

Since giving this earlier presentation, both real-world data and real-world evidence have gained traction within the global CHC industry, often mentioned with excitement within discussions about the future of the global OTC market.

So much so that the European Medicines Agency is now looking into how RWD and RWE could be used to improve regulatory systems and extend access to OTC medicines within the European Union.  (Also see "EMA Is Exploring How Real-World Data Can Benefit Europe’s OTC Market, Says Agency Head Rasi" - HBW Insight, 1 Apr, 2019.)

In the US, GlaxoSmithKline PLC has recently used RWE as part of a naturalistic trial to provide evidence for its novel nicotine replacement therapy mouth spray, a drug application for which is currently being assessed by the Food and Drug Administration.  (Also see "'Naturalistic' Trial In GSK's Nicotine Mouth Spray NDA Historic For OTC NRTs" - HBW Insight, 17 Sep, 2019.)

Amazon OTCs Likely A Worry For Retailers, A Remedy For Perrigo