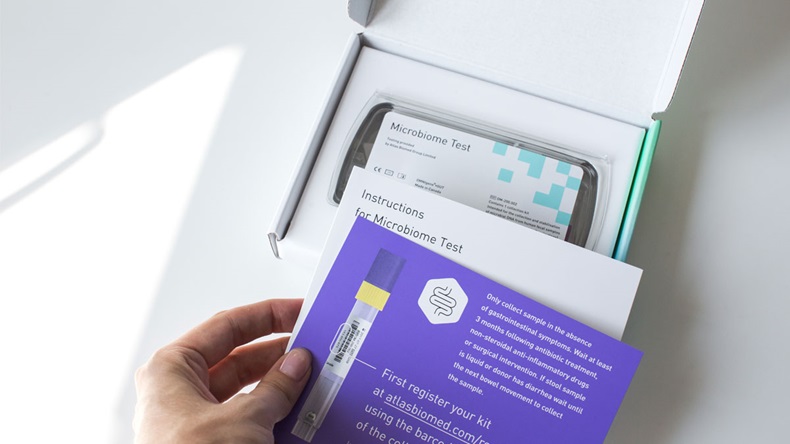 Direct-to-consumer (DTC) genetic tests promise to revolutionize the global consumer healthcare market by identifying serious illnesses before they arise, thus preventing the need to take medicines in the first place.

By asking consumers to collect their own DNA samples at home and send them via the post, for example, companies such as 23andMe claim to predict the likelihood of developing health conditions like multiple sclerosis or Parkinson’s disease.

Meanwhile, microbiome tests – the latest trend in “personalized medicine” – claim to be able to predict health disorders based on an individual’s gut bacteria profile, as well as recommend what dietary changes they could make to improve their gastrointestinal health.

However, DTC tests have been criticised by healthcare professionals for supplying “false positives” and “false negatives”, creating stress and anxiety for consumers in the first instance and preventing them from seeking necessary and timely treatment in the second.

Furthermore, advertising for such tests – which has seen an 18-fold increase over the last 20 years – in many cases fails to point out these dangers and the current limitations of DTC testing. (Also see "DTC Ads For Genetic Tests Increased 18-Fold Over 20 Years, Study Says" - Medtech Insight, 18 Jan, 2019.)

“Being absolutely transparent” with regards to these limitations and “explaining to consumers what the results actually mean” were key to answering criticisms and growing the global DTC testing market, insisted Sergey Musienko, CEO of Atlas Biomed, in an exclusive interview with HBW Insight. 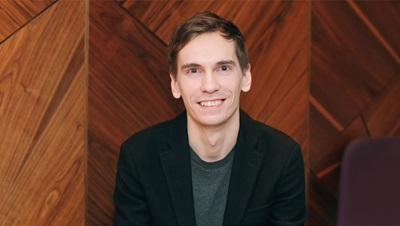 “Companies need to be absolutely open in explaining what a test can and cannot do,” he insisted. “There are lots of things we do not know and so we should be very careful how we market our products.”

Atlas Biomed, which markets its DNA and microbiome tests in the UK, Germany, Sweden, the Netherlands and Belgium made sure that all its marketing was “valid and solid in terms of the existing research and evidence,” he maintained.

With his background in “bioinformatics” – spending time at the Google-sponsored Singularity University in the US – Musienko said it was “quite obvious” that complex conditions like type 2 diabetes, Parkinson’s or Crohn’s disease were “multifactorial” conditions.

“There were expectations that the human genome project would provide the key to treating all these conditions, but that didn’t happen,” he reflected. “It turned out that the environment has a much larger impact than at first thought.”

“What we are trying to do is not be just another genetic testing company but to tap into a wider ecosystem of instruments that will ideally work together and provide a more accurate preventative tool,” he continued.

Bringing not just genetic and microbiome data but also lifestyle data from questionnaires and wearables together “into one single puzzle” would deliver more reliable insights into how consumers could change their lifestyle to improve their health, Musienko argued. 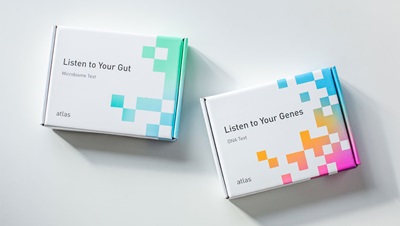 Atlas Biomed's Two DTC Tests, Designed To Be Used Together

Eventually, the combination of different data sets would allow firms like Atlas Biomed to create algorithms that would enable preventative predictions, he speculated – something that DTC tests are currently not allowed to do as they are not classed as “in-vitro diagnostic” devices in most countries.

Atlas Biomed’s “holistic approach,” which Musienko described as “creating the ecosystem of preventative medicine,” would allow the firm to capitalise on this opportunity.

“It’s a data-play,” he argued. “Data is the key to the future of the industry. There’s a lot of value in combining these datasets, and we are in a unique position here.”

In the meantime, Atlas is practicing what it preaches with regards to transparency and honesty in its communication with consumers.

“We invest a lot of resources in publishing education material,” Musienko noted. “For example, we have a public blog on microbiome testing, on what it is, how bacteria affects different aspects of our health, and so on.”

Atlas was also in the process of creating educational content for healthcare professionals, he revealed, starting with a program explaining the human microbiome to nutritionists that would commence this year.

“You have to invest heavily in education,” he continued. “And education is going to drive things forward in the public interest.”

Atlas Biomed was also looking to bolster the scientific credentials of its microbiome test, Musienko revealed, with the firm currently engaged in up to 10 clinical trials, including one with the UK National Health Service.

Many of these tests involved testing the efficacy of specific probiotic products on behalf of manufacturers, he explained, measuring subjects’ microbiome profiles before and after taking probiotic supplements, for example.

Reflecting on the cumulative knowledge gained from this extensive testing, Musienko said it was clear there was “no silver bullet” when it came to a “one size fits all” probiotic product.

As a result, he predicted that the probiotics industry would in future shift increasingly towards personalization, working with DTC testing companies like Atlas Biomed to tailor probiotics to individual needs.

The clinical trails Atlas Biomed was currently engaged in showed that the firm was already getting ahead of the game by partnering with probiotics manufacturers, he suggested.

Asked whether Atlas Biomed might consider producing its own probiotics in future based on its R&D work, Musienko said “probably not”.

Nevertheless, aggregating knowledge of the effects of different products on different people was still “valuable and interesting” given where the market was headed, he said.

No Such Thing As The EU Single Market

Atlas Biomed’s DNA and Microbiome tests are both CE marked. However, while this certification meant that in theory the firm’s tests could be marketed anywhere in the European Union, the reality was much more complex, Musienko explained.

Many EU countries had their own additional regulations when it came to DTC tests, he said. “For example, some countries require that you run three or four genetic counselling sessions when you report results

“Localisation” – working with national authorities and regulators to make sure local regulations are met – was a “huge process that takes time and resources,” he maintained.

“You can’t really think of the EU as a single market, but rather 28 single markets,” Musienko reflected. “In some ways this creates a barrier to entry, but on the other hand, once you’ve localized the product and made sure you are compliant, this also creates a barrier for other companies to enter these markets.”

Asked whether Atlas Biomed was ready for the new EU Medical Devices Regulations, which came into force in 2017 but will only be fully implemented in May this year, Musienko said the company was “working on it.”

Under the existing rules, Atlas’ tests are registered as medical devices in the UK – with the country’s Medicines and Healthcare products Regulatory Agency – where he said the firm did roughly two thirds of its current business.

“The UK, where we are headquartered, is our primary market at the moment,” he said. “In many ways the UK is at the forefront in terms of acceptance for innovation and openness towards new technologies, not only from regulators but from consumers and the country’s medical and research communities.”

“This was one of the primary reasons for us to be based in the UK,” he continued. “When we were first considering where to have our HQ we had a spreadsheet with different columns for considerations ranging from openness to innovation to market size and access to capital. The UK was clearly the number one in all of these parameters.”

With regards to Brexit – which for some threatened to undermine the UK’s position as Europe’s business capital and for others, offered new opportunities – Musienko said that he was “hoping for the best” and for a “common sense” approach.

“In terms of what actually happens we just need to wait and see,” he added. “I prefer not to make any predictions.”