Over half of the UK's Generation Z have no idea how emergency contraption works. HRA Pharma is looking to change this with its Fact Not Fiction PR campaign for EllaOne. 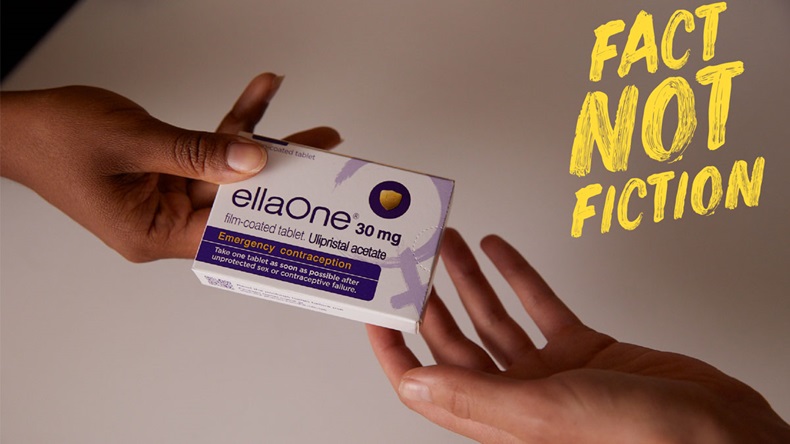 Over half of people aged 18 to 35 years old in the UK did not understand how EHC worked, according to a recent survey by the firm.

HRA said its EllaOne-branded Fact Not Fiction PR campaign – which is being rolled out now across social media as well as on the mymorningafter.co.uk EllaOne website – was aimed at “empowering” people with the facts and debunking myths by encouraging the writing and sharing of accessible and reliable information about the morning after pill.

“Fact Not Fiction is our dedicated response to educate the at-risk demographic about alternative contraceptive methods beyond condoms,” commented HRA’s senior brand manager for EllaOne, Emma Marsh, “and to dispel the dangerous myths about the morning after pill that are being allowed to compromise people’s contraceptive choices.”

HRA’s research not only highlighted some “alarming gaps” in knowledge about EHC (see side-bar), the company said, but also that the most popular sources for advice on sexual health – the internet, or friends – were the most prone to providing inaccurate information.

HRA’s online survey of 1,027 18-to-35-year-old men and women revealed a wide variety of misconceptions and false beliefs about emergency contraception:

“Astonishingly,” HRA reported, the most common way for respondents to have learned about the morning after pill was from friends, which was also found to be the primary source of misinformation about EHC.

Only 44% of respondents had been taught about EHC during their school sex education classes, HRA continued, and 54% said that the internet was now their first port of call for advice on sexual health.

This misinformation was having a measurable negative impact on sexual health, according to the firm, with many respondents indicating that they were less likely to take the morning after pill following unprotected sex – the survey revealed that 57% had had unprotected sex, with 40% having done so more than once – or contraception failure.

Clare Murphy, of the British Pregnancy Advisory Service, said that it “speaks volumes” that young people learned about EHC from their friends rather than any authoritative, fact-based sources like pharmacists.

Speaking as a pharmacist with 30 years' experience, Deborah Evans, managing director of Pharmacy Complete, said that she had seen a lot of misinformation about the morning after pill and had identified a lack of education around EC.

Public education campaigns like EllaOne’s Fact Not Fiction were crucial to improving access to this type of contraception, she added.