25 Years Of The OTC Marketing Awards

This March the UK's OTC Marketing Awards celebrates its silver anniversary. HBW Insight looks back on the history of these prestigious Awards, picking out some highlights from its 25 years of championing the very best of the British consumer healthcare industry. 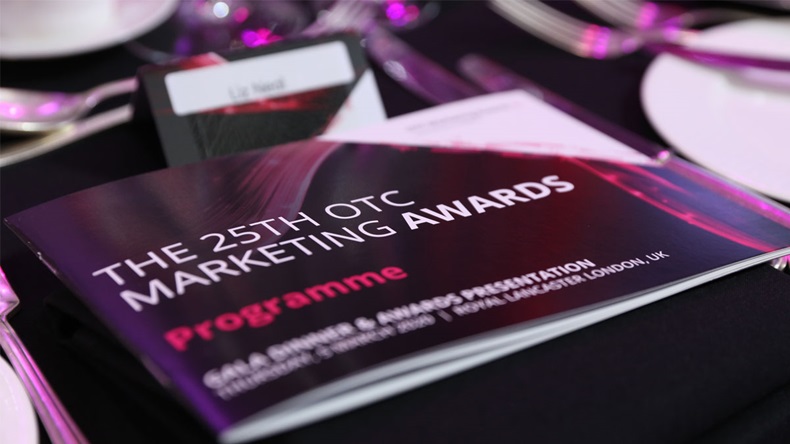 Crookes Healthcare. Warner Wellcome. SmithKline Beecham. Reckitt & Coleman. Do any of these names ring a bell?

A quarter of a century ago, these consumer healthcare firms were all nominated for the first OTC Marketing Awards, which back then was known as the OTC bulletin/Taylor Nelson UK advertising awards.

Perhaps you will remember the catchy tagline, “Bazuka that verruca”, which won Dendron and Diomed Developments’ Bazuka Gel the first ever Award for Best Overall Advertising for an OTC Medicine.

The UK’s consumer healthcare market has changed a lot in the last 25 years, and the OTC Marketing Awards has changed with it. But the event’s purpose has remained the same as 25 years ago: to recognize the very best of the British OTC industry.

Industry In Partnership With PR

Success at the Awards has always combined industry insight with PR nous. Thanks to its partnership with PR agency Brey Leino, Dendron and Diomed’s Bazuka Gel won three out of the four original OTC bulletin/Taylor Nelson UK advertising awards, which covered television, press and non-television forms of OTC medicine advertising.

PAGB chief executive John Smith was honored at the OTC Marketing Awards 2020 for the outstanding contribution he has made to the consumer healthcare industry.

Back then the Awards was based on a monthly survey via a postal questionnaire of UK pharmacists’ attitudes to OTC advertising published in OTC bulletin’s “Pharmacy viewpoint” column, compiled by Taylor Nelson AGB Healthcare.

“Daring to be different,” according to one judge, enabled Dendron and Diomed to dominate the following year’s Awards as well, with new athlete’s foot brand Toepedo – “Toepedo sinks athlete’s foot” – scooping the Awards for Best Overall Advertising and Best Trade Press Advertising in 1997.

In the following years, the Awards evolved and expanded to reflect the dynamism of the British consumer healthcare industry. New categories were added to recognize more clearly the role of PR and advertising agencies in delivering successful marketing campaigns for OTC medicines.

Rebranded at the beginning of the new millennium as the Viewpoint Awards, the presentation became a glamorous yearly event hosted at London’s swanky Café Royal where guests were wined, dined and entertained.

Three years later, the Viewpoint branding was dropped, and the OTC Marketing Awards moved to the Park Lane Hotel, assuming the form, and introducing many of the categories, we see today.

Era Of The Heavyweights

The OTC Marketing Awards of the “noughties” were dominated by the big OTC players, many of which had by this point merged to become the firms we are now familiar with.

Having become the second-largest pharmaceutical company in the world two years before, Pfizer won the first OTC Company of the Year Award in 2003.

In 2004, GlaxoSmithKline Consumer Healthcare began its six-year rule, interrupted only in 2008 when Reckitt Benckiser Group PLC stole the Company of the Year crown thanks to a highly successful revitalization of its flagship Nurofen brand.

GSK ended the decade with a particularly strong performance, taking the 2010 Awards by storm with the prescription-to-OTC switch of weight loss drug Alli.

Innovative switches have often been key to success at the OTC Marketing Awards, particularly in winning the much-coveted Most Innovative OTC Product award.

McNeil Consumer Healthcare had high hopes for the 2005 winner Zocor Heart-Pro, the first blockbuster prescription drug available OTC for the long-term prevention of a chronic disease.

In terms of individual brand success, a notable mention must go to Bayer AG’s Canesten, which took home an OTC Lifetime Achievement Award in 2015, reflecting its 14 OTC Marketing Awards wins over a 20-year period.

OTC bulletin noted at the time that the “sheer length and variety” of brands on the shortlist for the Award highlighted how “some OTC brands may come and go, but when managed well others can go for years and years.”

Which of today’s brands and companies will still be here in another 25 years? What was the most innovative product last year? Who took home the coveted OTC Company of the Year Award?

Find out by reading HBW Insight's summary of the night, available to subscribers here. Haven't got a subscription yet? Email our sales team: PharmaNewsSales@informa.com.