The UK’s consumer healthcare industry association, PAGB, has announced the appointment of Michelle Riddalls as its new chief executive officer.

Replacing current CEO John Smith at the beginning of April, Riddalls is currently the PAGB’s Senior Director of Regulatory Affairs and Advertising Services, a role she assumed in June last year. 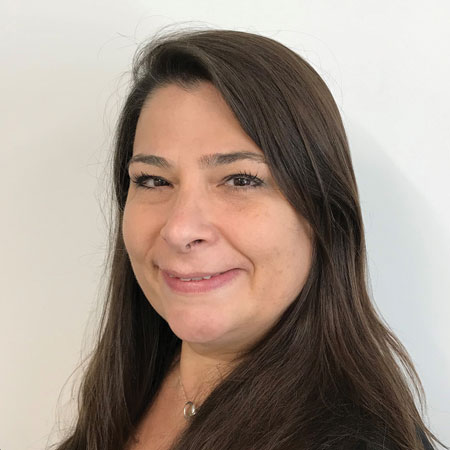 Previously, Riddalls was Pfizer Inc.'s Regulatory Affairs director for Northern Europe, where she was involved in two high-profile UK re-classifications: the prescription-only to general sales list (POM-to-GSL) switch of heartburn remedy Nexium Control in 2015 and the prescription-only to pharmacy (POM-to-P) switch of erectile dysfunction drug Viagra Connect in 2017.

Prior to this, Riddalls was senior Regulatory Affairs manager at Johnson & Johnson, where she was also involved in numerous pharmacy-to-GSL re-classifications, for example children’s cold and flu remedy Calpol in 2006 and hair loss treatment Regaine in 2010. (Also see "Switching Can Help Normalize Self-Care – PAGB’s Michelle Riddalls " - HBW Insight, 13 Aug, 2019.)

Commenting on her appointment, Riddalls said that she was looking forward to bringing this expertise to her new role as PAGB CEO.

“For more than 100 years, the PAGB has worked tirelessly and innovatively to ensure best practice and effective self-regulation in the consumer healthcare industry,” Riddalls commented. “I am committed to building on that heritage as we embark on the delivery of our new five-year strategy.”

Association president and Perrigo vice president International and managing director UK and Ireland Neil Lister said that Riddalls' expertise and leadership skills would “equip her perfectly to steer the PAGB team as it provides crucial support to our members in the coming weeks and far beyond.”

“Michelle has brought a wealth of regulatory experience to the PAGB since joining us last year and is perfectly placed to lead the association as it enters its second century as the voice of the consumer healthcare industry,” he continued.

“The industry has a vital role to play in enabling everyone to care for themselves and their families as effectively as possible,” Lister added, “now more than ever, as we face the unprecedented health challenge that is Covid-19.”

Smith Leaves On A High

Outgoing CEO John Smith leaves the PAGB after five years, during which time he has set the strategic direction of the organization, provided leadership for the UK consumer healthcare industry and seen the association celebrate its 100-year anniversary.

Most recently, Smith worked on implementing an exciting new five-year strategy for the PAGB, which will, among other things, look at how the industry can continue to self-regulate advertising in the age of digital and social media. (Also see "Switching, Brexit and Digital – Three Priorities For The UK Self-Care Industry" - HBW Insight, 5 Nov, 2019.)

Collecting his award in front of an audience of more than 400 industry delegates, Smith said he felt honored “even to be considered for this award let alone to actually receive it.”

Commenting on Riddalls’ appointment, Smith said he was “delighted that the board has appointed Michelle as my successor and I look forward very much to watching the PAGB go from strength to strength under her leadership.”

“It has been a privilege to lead the PAGB for the best part of five years and to have had the opportunity to develop its role as the voice of the consumer healthcare industry and the champion of better self-care,” he continued.

“I have had the support of a superb team as well as that of the PAGB’s many members and associate members, every one of whom plays an invaluable part in promoting and enhancing consumer healthcare,” he added.