Unauthorized CBD Sold In Europe Most Likely To Originate From UK

The UK was the most likely source of unauthorized CBD food products sold in the EU in the first half of 2020, an analysis by HBW Insight reveals. Ireland and Spain are leading the way in cracking down on such products and informing neighboring countries of the risks posed. 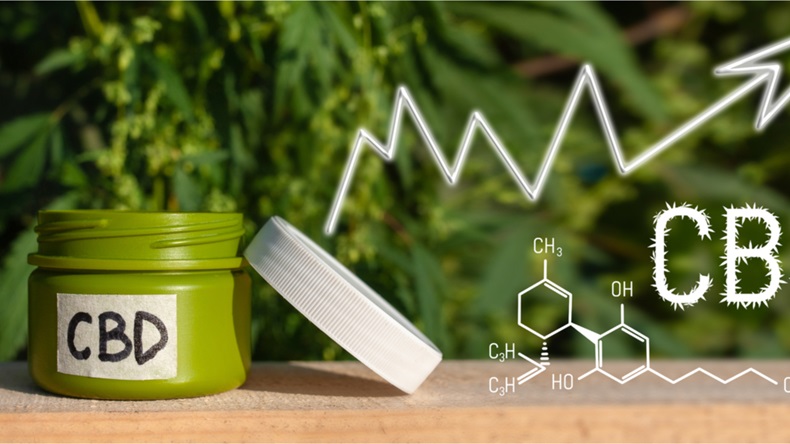 European Union member states cracking down on the sale of unauthorized CBD are reporting that the most common source of these products is the UK.

An analysis conducted by HBW Insight of the EU’s Rapid Alert System for Food and Feed (RASFF) reveals that the UK was listed as the originator country on 15 of the 39 food safety risk reports related to CBD products submitted in the first half of 2020.

Reports to RASFF are intended to alert EU member states, the European Commission and other interested parties of health risks related to food or feed products so they can act quickly to prevent harm to consumers. Products are often withdrawn from the market and the relevant enforcement authorities notified.

Behind the UK, the Netherlands was the next most likely source of unauthorized CBD, with eight notifications to RASFF listing the country as the product's source.

A host of countries were reported twice as the originator market of CBD - including Germany, Spain, Poland, Austria and the US - while three reports could not identify which country the products had come from.

Ireland and Spain are leading the charge against unauthorized CBD food products in Europe, submitting respectively 11 and nine food safety reports to RASFF in the six months ended 30 June 2020. The vast majority of these reports concerned products that had been found to contain "unauthorized novel food ingredient cannabidiol" and in some cases "unauthorized substance tetrahydrocannabinol (THC)."

Following behind Ireland and Spain are Sweden and Germany, with eight and four reports to RASFF respectively. All four countries have taken a lead from the European Commission and declared CBD as a "novel food" which requires authorization before it can be sold. (Also see "With CBD Poised To Become A Novel Food In Europe, Industry Must Think Ahead To Gain Advantage" - HBW Insight, 7 Feb, 2019.)

When it comes to the types of CBD-containing foods notified to RASFF, food supplements dominate with 28 products reported.

After supplements, confectionery – largely chocolate – makes up the second-highest number of reports, ahead of beverages.

While there have been a large number of reports to RASFF relating to CBD in the first half of 2020, the majority of the concerned products have been considered to pose a low health risk to consumers.

67% of reports were classed as “information notifications” meaning the CBD product in question is no longer on the market or poses a low risk to health. Other countries are therefore not required to take rapid action.

33% of reports were “alerts”, which signifies the product presents a “serious risk”, requiring countries to take immediate action. The majority of these notifications related to CBD products found to contain THC.

Once unauthorized CBD products were identified by member states the most likely outcome was withdrawal from circulation. A total of 11 reports noted that the concerned product had been recalled from consumers, while 10 said products had been pulled from retail shelves.

In nine cases the relevant enforcement authorities were notified, and on four separate occasions no action was taken in relation to the unauthorized product.

An analysis of RASFF reports reveals that unauthorized CBD products are available widely across the EU, from Portugal in the west to Lithuania in the east, but the firms supplying these lines do not seem to have established large distribution networks.

32 of the 39 RASFF notifications indicate that the CBD product in question was distributed in just one-to-three markets. The remainder were found to be available in between three and six countries, with no products distributed in seven or more markets.

A Wild West For CBD?

While a large number of unauthorized CBD products are being marketed for sale across Europe, more and more manufacturers are committing to securing the correct approvals for their goods.

Bringing together a range of industry stakeholders in its “Novel Food Consortium”, the association has said it will establish “legal and planning security” for the European hemp market.

With more than 100 industry members, the EIHA Consortium will work to submit to the EU authorities cross-company applications for approval of four novel foods with CBD ingredients.

Meanwhile, in the UK, the Association for the Cannabinoid Industry has launched a three-tier kite-mark system for cannabidiol (CBD) products marketed in the country, in a bid to establish a system of self-regulation for the country's industry and booming consumer market.