HBW Insight speaks exclusively to CBD vape start-up Infused Amphora about the firm's recent UK market entry, the power of natural terpenes, the challenge of navigating the EU's complex regulatory landscape and how to reach consumers during a pandemic. 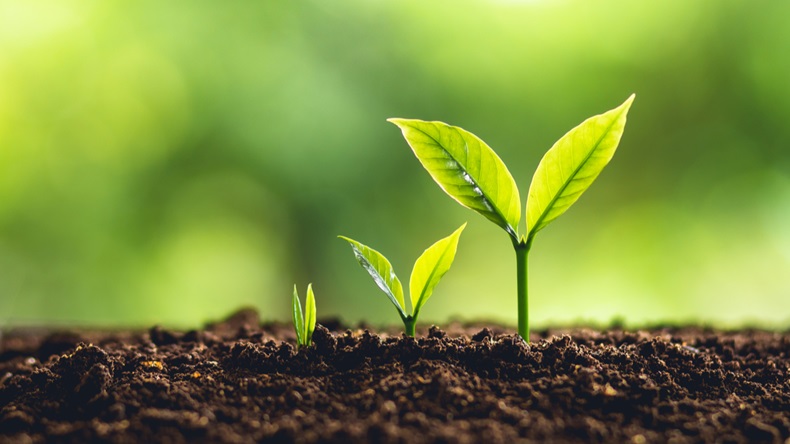 An estimated 7.3m people use CBD in the UK every year, according to cannabis market researchers, Prohibition Partners.

Given CBD’s popularity among British consumers – and the increasing complexity of European regulation of the ingredient in foods and food supplements – wellness manufacturers and retailers in the UK are diversifying into a range of applications beyond food supplements, including beauty and personal care, pet care, drinks and vape products.

One such new player with skin in the game is CBD vape brand Infused Amphora, owned by Infused Products International Ltd, which sees the UK as a key stepping stone to global domination.

“We’re considering the UK the beachhead for this brand to become a major global CBD brand traded in countries around the world,” Infused Amphora CEO Angus Taylor told HBW Insight, in an exclusive interview.

“In the course of looking at global markets the importance of the UK and its burgeoning CBD interest really caught our eye and convinced us that it was the right place to launch a global brand,” Taylor added.

For example, containing a “tickle” of green peppercorn and delivering a “sweet woody flavor” and “clean grapefruit finish,” the Peace pen produces a calm and tranquil effect like the “embrace of a warm hug,” Amphora claims.

“You’re probably very familiar with terpenes without maybe knowing the name or recognizing it,” Taylor said. “Aromatherapy is about using the terpenes of plants. They are the flavor and smell molecules that plants produce.”

The terpene limonene, which delivers a calming effect, is found in several botanicals such as mint, rosemary, and juniper, as well as in the peels of citrus fruits like lemon, orange, and grapefruit. It is also one of the most commonly found terpenes in cannabis, Taylor explained.

By manipulating and combining the terpenes of other plants with cannabis derivatives like CBD, an overall “entourage” wellness effect can be created, for example, in Amphora’s other flavors: uplifting (Inspire), relaxing (ZZZ) or soothing (Mend).

“This is where most of the research is focusing now,” Taylor continued, “on how combinations of cannabinoids, terpenes and flavonoids can make the effect that the person experiences so dramatically different.”

Talyor used an analogy to explain the entourage effect further: “Imagine cannabinoids like CBD or THC as the engine of your car. Terpenes are really the steering wheel. How much cannabinoids are present can change how much you feel an effect, but what you’re actually feeling is usually a combination of those flavors as well as the cannabinoids themselves.”

“What we’ve essentially done with our formulations is look to nature, at the cocktail of chemicals – minus the THC – that are present in these plants, reformulate them and really market them in a way that consumers have a better understanding of what effect the product is meant to achieve,” he said.

When it comes to CBD in food supplements, the regulatory picture in the European Union is complex and dynamic.

Despite branding CBD a novel food at the start of 2019, the European Commission is now considering making a U-turn on its position as it is unsure whether the cannabis sativa compound falls under the definition of food set out by existing EU regulations.   (Also see "EU CBD Market Under Threat With Narcotic Classification Favored" - HBW Insight, 22 Jul, 2020.)

If CBD is not regulated as a food and instead judged to be a narcotic it would therefore become a controlled drug, eliminating the possibility of the cannabinoid being sold legally in dietary supplements across the EU.

This ruling would also affect CBD in other forms, including vapes. “It’s really unclear about what the fallout of this decision would be,” Taylor commented. “But it’s likely to put the foot on the neck of what is an exploding industry.”

“Of course, we’re hoping that they won’t go down that route,” he continued. “I think equally important is the work happening on reforming the United Nation’s 1961 Single Convention on Narcotic Drugs, because, frankly, if industrial hemp and CBD harvesting from hemp flower is permitted, then that will nullify whatever decision the EU has made.”

Meanwhile, there is currently no regulated system for CBD in vapes in the EU, according to Taylor. CBD in e-cigarettes falls neither under the Tobacco Products Directive (2014/14/EU), which covers nicotine-containing products, nor under the Novel Foods regulation, which is designed for ingestible food substances.

Taylor expects there to be some kind of new vaping regulation in the future – perhaps as part of the UK’s exit from the EU – but he is not sure what this new regulation might look like.

Nevertheless, Taylor is keen to stress the safety of Amphora’s vapes, irrespective of whether they are well-regulated, particularly after a spate of e-cigarette product use associated lung injury (EVALI) deaths in the US last year.

As of 18 February 2020, a total of 2,807 hospitalized EVALI cases and 68 deaths had been reported to the Center for Disease Control and Prevention (CDC) across 50 US states, the District of Columbia, and two U.S. territories (Puerto Rico and U.S. Virgin Islands).

THC-containing vaping products were linked to most EVALI cases and played a major role in the outbreak, according to the CDC, specifically the vitamin E acetate added as a dilutant to some THC vaping liquids.

“Sadly, people died because of contamination with vitamin E acetate, which is a food-safe chemical. You can ingest it, but when you vaporize it, it does incredibly nasty things to lung tissue,” Taylor reflected.

“Our product is made very carefully with very few ingredients,” he insisted “It’s just cannabis oil and plant terpenes. We have no chemicals other than what the plants deliver.”

“Our philosophy is that if you stick to what nature gave you, you’re going to be better off,” he concluded.

But nature can also be cruel, as the coronavirus pandemic has shown. Amphora had intended to launch its CBD vape pens during the summer, but COVID-19 scuppered the firm’s original plans.

“A combination of delays in where our hardware is manufactured and where our ingredient comes from made launching in the UK during COVID more challenging than we thought originally,” Taylor revealed.

“The most disappointing thing is that we can’t assemble people,” he continued. “This is a product that deserves to be showed off and we think in-person activations are going to be a great way to connect people to Amphora’s CBD vapes.”

“We’ve got pop-ups planned, in-store stuff as well as at other events,” he added, “but we just have to be patient and wait to be allowed to do them.”

In the meantime, Taylor said the firm will be relying on traditional bricks-and-mortar stores – vape stores mainly, but also health and wellness and specialist CBD shops – to drive sales.

“It’s really to the retailer’s advantage to be upselling into our segment,” he added. “Because dollar for dollar they’ll make more selling our product than they will a non-premium product.”

Consumers can also buy Amphora CBD vapes directly from the company’s website – www.infusedamphora.com – where they can find out information about CBD via a series of online blogs.

“We’ve been investing considerably in trying to become a trusted online source of information,” Taylor explained. “So, the amount of content that we’ve written in blogs and the like is really for the purpose of trying to gain attention when people are searching for CBD information online.”

As for traditional trade and consumer marketing, Taylor said it’s not on the cards at the moment.

“We’re reevaluating our media spend to try and understand where money is best placed to try and attract consumers,” he said. “There’s a lot of strong evidence to show that putting the money into online advertising might be more effective in driving people to brands like ours than traditional advertising.”

“We’re going to take a cautious approach,” he insisted. “I’ve seen other companies really blow their budgets and make themselves very vulnerable.”

“I think all businesses right now need to be cash conscious and careful with how they spend their money,” he warned. “Especially because we really don’t know what’s going to happen with COVID-19.”