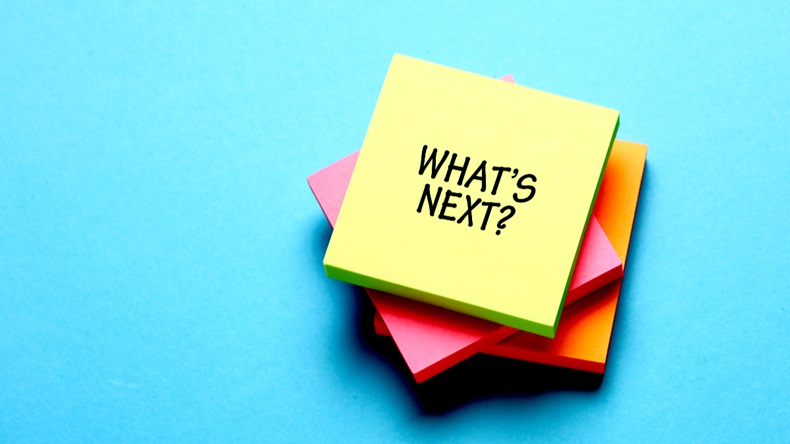 The heartburn drug ranitidine is off the market with potential to return in the US and internationally, but study results suggesting a link to elevated diagnosis rates for some types of cancer could mark the beginning of the end of the ingredient’s future.

A study published online by the Journal of the American Medical Association on 29 January included in vitro tests with simulated gastric fluids and a cross-sectional evaluation of 10,347 cancer patients which found a “significant” association between the use or ranitidine and elevated diagnosis rates of breast, thyroid, bladder, and prostate cancers, while finding an inverse association among other types of cancer.

The study was conducted by researchers at the Memorial Sloan Kettering Cancer Center in New York and from Valisure LLC, an online pharmacy in Connecticut which in 2018 made the Food and Drug Administration aware that a nitrosamine, the probable carcinogen N-nitrosodimethylamine (NDMA), forms in ranitidine.

The research found that under simulated gastric conditions, the NDMA yield from a standard tablet of ranitidine, an active ingredient most commonly used OTC in the US in Sanofi’s Zantac heartburn remedy and generic equivalents of the brand, increased to levels up to three orders of magnitude beyond established limits of exposure, said Valisure in a same-day release.

“This appears to be a fundamentally different problem than NDMA contamination found in drugs like valsartan and metformin because it occurs in every brand of ranitidine and is inherent to the molecule itself.” – Kaury Kucera, Valisure

“Valisure detected NDMA in every brand and every dosage form of ranitidine that we tested whether over the counter or prescription and regardless of manufacturer,” said Kaury Kucera, Valisure’s chief scientific officer.

The firm also operates an analytical laboratory that chemically certifies medications it sells, including other heartburn active ingredients and alternatives to other drug ingredients potentially linked to NDMA and other nitrosamines. It had contacted the FDA after it identified ranitidine’s inherent instability and propensity to form high amounts of NDMA in routine tests it does for the presence of carcinogens.

“This appears to be a fundamentally different problem than NDMA contamination found in drugs like valsartan and metformin because it occurs in every brand of ranitidine and is inherent to the molecule itself,” Kucera added.

The rapid formation of NDMA appears to continue up to four hours if the ranitidine remains in gastric conditions, “which is of particular concern for ranitidine because its use has been correlated with longer gastric emptying times,” according to the study.

In addition to NDMA, other nitrosamines have been found in other drugs, including blood pressure medications as well as ranitidine. The FDA in September 2020 published guidance advising manufacturers to assess the nitrosamine impurity risks associated with all chemically synthesized active pharmaceutical ingredients and all approved or marketed drug products that contain those APIs or other sources of nitrosamines by March 2021 (see story below).

US FDA Advises Manufacturers To Test For Nitrosamines In All APIs, Drug Products

Guidance is FDA's latest action in response to findings that over time in storage, especially at higher temperatures, levels of the probable carcinogen NDMAincreases in some ingredients, including ranitidine available in OTC heartburn remedies.

Increasing sodium nitrate concentrations in simulated gastric fluid at pH 1.2 was associated with higher NDMA yield, the study notes. At a pH of 2.5, previously identified as the optimal reaction condition, samples collected at incubation times of 1, 2 and 4 hours showed a continued increase in NDMA. “Notably, the reaction trajectory suggests NDMA may have continued to form beyond the last observed timepoint of four hours,” the researchers said.

To evaluate the potential association between ranitidine use and cancer diagnoses, researchers conducted a cross-sectional analysis among a population of oncology patients, with analyses limited to those reporting use of ranitidine or an active comparator proton-pump inhibitor or other H2-blocker to partially mitigate potential confounding, the abstract notes.

Conversely, ranitidine was inversely associated with cancers of the colorectum (OR=.48) and brain (OR0.56).

“These exploratory analyses are to be viewed as hypotheses-generating and should prompt analyses of larger cohorts with longer follow-up,” the researchers conclude.

While prior studies have not focused specifically on the cancer types assessed by Valisure, an association with breast cancer has been investigated in a case-control study published in in 2008. Researchers in that assessment determined ranitidine users had a 2.4-fold higher odds of developing hormone receptor-positive invasive ductal carcinoma, as compared to never-users.

However, the researchers caution that the associations between ranitidine and cancer diagnoses do not directly represent risk in a general population; the associations reflect the odds of presenting with different cancers exclusively among an oncology population.

The study “authors acknowledged that participants were already diagnosed with cancer prior to the study and that they had no data regarding either ‘dose or duration of use’ or ‘prior use’ of ranitidine among study subjects." – CHPA

Despite the large cohort, the researchers noted the study’s power was limited for analyses of less-common cancers and so its findings merit follow-up in a large, well-powered study.

“The data published today strongly supports decades of research that ranitidine is fundamentally unstable, can form NDMA in a variety of conditions including in the human body, and could be carcinogenic and toxic to humans. These findings underscore the vital importance of additional quality assurance testing of on-market drug products,” said Valisure founder and CEO David Light.

The Valisure and Sloan Kettering researchers launched a website they built from the studies with a broad collection of information and studies on ranitidine.

The Consumer Healthcare Products Association agrees with the researchers that their study had limitations and that their findings are not conclusions on a potential carcinogen in ranitidine. The trade group “urges caution when interpreting results.”

The study authors “stated that their research was a ‘hypothesis-generating’ study and that findings ‘may not be generalizable to the broader public’,” said CHPA in a statement to HBW Insight.

Additionally, the study methodology didn’t include data or other information on the subjects’ historic usage of ranitidine, the trade group points out.

The study “authors acknowledged that participants were already diagnosed with cancer prior to the study and that they had no data regarding either ‘dose or duration of use’ or ‘prior use’ of ranitidine among study subjects. Authors noted that since gastric factors vary widely between individuals, including sodium nitrite concentrations and gastric emptying times, the in vitro results are limited in scope and note that some results were ‘not well-powered and remain exploratory,’ and reported mixed results including ‘unexplained inverse associations’ with certain cancers,” says CHPA.

Withdrawn But Not Unapproved

In April 2020, the FDA Center for Drug Evaluation and Research asked manufacturers to withdraw from the market all OTC and Rx ranitidine drugs. The center emphasized ranitidine remains a drug approved for use in the US and the door is open for industry to develop stable formulations of products containing the ingredient. (Also see "US FDA Requests Ranitidine Removal But Also Encourages Research For Stable Formulations" - HBW Insight, 1 Apr, 2020.)

European Union drug regulators enacted into law the suspension of national marketing authorizations across member states for all products containing ranitidine. However, the European Medicines Agency panel of regulatory chiefs issued guidance setting four conditions to be met for returning the drug to shelves, including submitting quantitative data on the endogenous formation of NDMA in humans from ranitidine and demonstrating whether the results support a positive benefit-risk balance of the product. (Also see "Europe Spells Out Conditions For Return Of Ranitidine" - HBW Insight, 16 Dec, 2020.)

It is not known whether the Valisure/Sloan Kettering research results will impact regulations of the drugs in any country.

OTC private label/store brand giant Perrigo Company PLC is among the pharmaceutical firms asking the FDA for more time to assess the presence of nitrosamines in new and approved products under the agency's September 2020 guidance. Perrigo says internal testing sites have been affected by stay-at-home orders caused by the COVID-19 pandemic, and that actions such as these orders limit ability to conduct tests and risk assessment. (Also see "Perrigo Among Firms Requesting Delay In Conducting US Nitrosamine Risk Assessments" - HBW Insight, 15 Dec, 2020.)

In October, Valisure announced added elemental analysis for toxic elements to its standard testing methods of dosage, major inactive ingredients, dissolution and analysis for the presence of carcinogens such as NDMA. The elemental analysis includes testing for 24 of the most common elemental contaminants including lithium, arsenic, mercury, lead, and nickel, among others.

The firm in September announced a partnership with Premier Rx as the first national pharmaceutical wholesale distributor of Valisure's chemically certified Rx and OTC drugs.
Advertisement

Europe Spells Out Conditions For Return Of Ranitidine