Maxwellia is ready to market its Lovima daily contraceptive as a non-prescription brand if its application to switch the progestogen-only pill (POP) in the UK is approved, representing a leap forward for the company. CEO Anna Maxwell tells HBW Insight about Maxwellia's journey from R&D start-up to consumer health player. 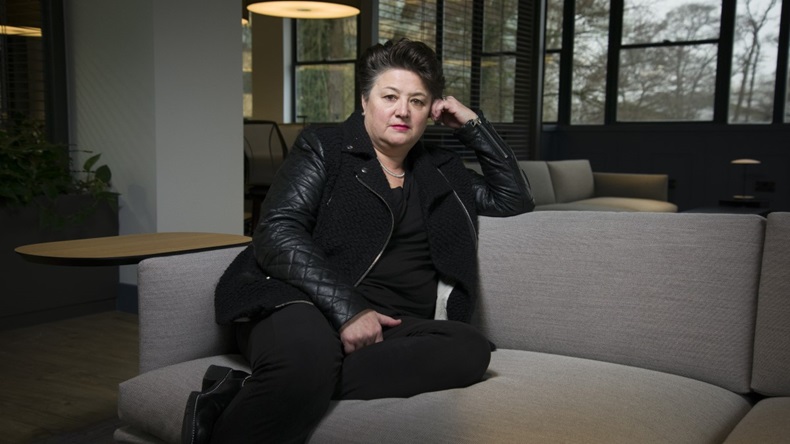 Maxwellia is one of two firms on the cusp of offering an OTC oral contraceptive in the UK.

Alongside France’s HRA Pharma, the British start-up is now eagerly awaiting the outcome of the UK Medicines and Healthcare products Regulatory Agency’s public consultation, after the deadline for responses ended on 5 March.

If given the green light by MHRA, Maxwellia’s Lovima and HRA’s Hana – both containing 75mcg desogestrel – will be reclassified as pharmacy (P) medicines, restricting sales to pharmacies only and requiring the presence of a pharmacist to oversee the purchase. (Also see "Oral Contraceptive Rx-to-OTC Switch On The Cusp In UK" - HBW Insight, 12 Feb, 2021.)

Given this outcome, Maxwellia intends to market Lovima as an OTC product itself, CEO Anna Maxwell told HBW Insight in an exclusive interview.

This represents a leap forward from the company’s original “switch-in-a-box” strategy, which was based on taking off-patent medicines through the MHRA’s switch procedure and then out-licensing them to consumer health companies. (Also see "UK Rx-To-OTC Switch Incubator Gets Angel Investment Boost" - HBW Insight, 18 Sep, 2019.)

“The aim was to be a research and development engine for the consumer health industry, so like in Biotech, we would handle the R&D and bring to the point of commercialization then license or sell the asset to an OTC company to bring to market,” Maxwell explained.

“But we knew there was this real gap and so we decided to do it all ourselves – developing the product and taking it all the way to commercialization,” she continued.

“Lovima is our first product and we are literally poised and ready to go,” Maxwell added. “We have established our own internal sales and marketing team and have the components all set up. We have our logistics supply, we have our sales force, it’s all there waiting for as soon as we hopefully get MHRA approval.”

Digitalization has made it easier for start-ups like Maxwellia – a lean, 10-person team based in Alderley Park, just outside Manchester – to take a switch from approval to market, Maxwell pointed out.

“We don’t need our own factory to be able to commercialize a product,” she said. “What we need is a good supply chain that meets our exacting quality standards, great partnerships with customers, a fantastic team and investment – all of which we have.”

In consumer healthcare, the asset value is in the commercialized brand, Maxwell noted. It may be that the company will consider selling a successfully switched brand in the future, she said, but for the time being, the company is working to create a “basket of innovative OTC products that will be the Maxwellia entity.”

Lovima is the first in a line of Rx-to-OTC switches the company is currently working on, Maxwell revealed.

While she can’t say much about the other switches – except that one of them will be “ground-breaking” and involve some form of technological support – in general the company is interested in two main areas: lifestyle products and OTC medicines that can serve an unmet public health need.

Oral contraceptives are an example of the former, Maxwell said, because women have been using the pill safely for about 60 years, and the progestogen-only pill (POP) specifically for about 40 years. “Women take it every day, it’s a lifestyle product, they’re not ill. So why is it still prescription-only?”

“It’s what women want,” she insisted, speaking of the proposed Rx-to-OTC switch.

There’s also, Maxwell believes, a significant saving to be had for the UK National Health Service because of the switch. “Almost half of pregnancies and one third of births in England are unplanned, costing the NHS £240m ($334m) every year,” she noted.

While Maxwell is keen to stress that the company will “always support” free contraception on the NHS, she said that the Rx-to-OTC switch of the POP, if approved, will be of “vital service” to women who want to access the POP easily and conveniently and are prepared to pay for the choice.

The other area that Maxwellia is looking at is where an OTC version of a drug can potentially bring people into the healthcare ecosystem who would otherwise fall through the cracks, she revealed.

“There are conditions which have a massive impact on public health, that there are treatments available for, but that you can’t advertise or communicate effectively about because they are prescription-only,” Maxwell explained.

“If we could bring in OTC steps earlier in the healthcare process and have a pharmacy intervention, potentially we can get people to act on their symptoms when they become aware of them,” she continued. “Then they can be helped to manage their conditions at an earlier stage themselves and maybe not end up in primary care in the first place.”

In terms of competing with consumer health incumbents, Maxwellia’s origins as a “switch-in-a-box” R&D start-up means it can base its switch decisions on consumer and public health need, rather than on how to extract new value out of Rx drugs coming to the end of their patents, Maxwell argued.

“One of the things that is great for us is that we’re independent, so we pick the best solutions to a problem rather than having a portfolio of Rx drugs that we need to think about, that might not necessarily be the best option for the consumer as an OTC product,” she insisted.

This focus on consumer and public health needs also means that switches are more likely to be successful, she added.

Another advantage Maxwellia has over the competition is a purity of focus. “We’ve built a team and a process that enables us to do this repeatedly,” Maxwell said. “The more switches we do, the better we get at it.”

“This is one of the differences between Maxwellia and other consumer health organizations or pharmaceutical companies trying to do this,” she continued. “We’ve become experts in how the process works and we end up with a better result because we prioritize consumer needs right from the beginning.”

“Companies have to be really resilient to see a switch through from start to finish and many tend to lose their patience with them,” she added. “Whereas we’ve got multiple projects in our pipeline and one that’s ready to launch.”

Oral Contraceptive Rx-to-OTC Switch On The Cusp In UK