CBD products linked to a submitted, rather than validated, novel food application can now remain on the UK market after 31 March, according to new guidance from regulator the Food Standards Agency. But will this merely cause more confusion for final product manufacturers, retailers and consumers? CBD expert and Canna Consultants co-founder Stephen Oliver thinks so. 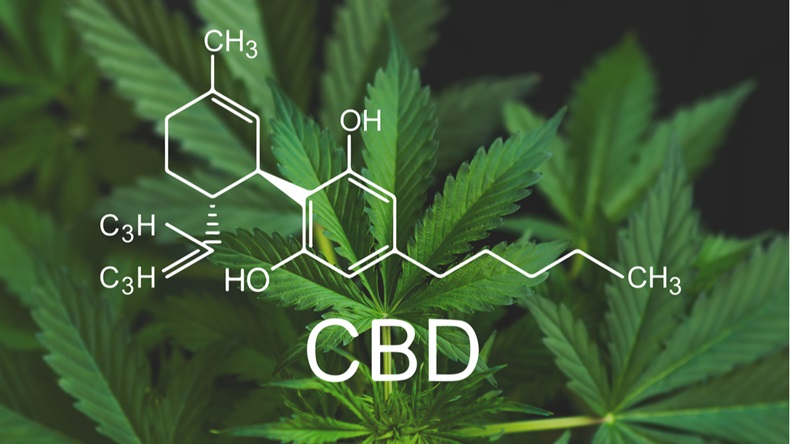 The UK Food Standards Agency has at the eleventh hour revised its cannabidiol food supplement rules, allowing any product on the market on 13 February 2020 and linked to a novel food application to remain on sale after the 31 March deadline.

This is a significant change from the FSA’s previous position, which required CBD products on the market on 13 February 2020 – the date that the agency announced the 31 March novel food deadline – to be linked to a validated, not just submitted, application by the end of this month.

“Applying for novel food authorization is the only way CBD products can remain on sale here,” commented the FSA’s CEO, Emily Miles. “For the past year, we’ve been encouraging all businesses to submit good quality applications as a matter of urgency.”

“However, we have received a large number of applications close to the deadline,” she continued. “This means that, in order to process these properly, we are adapting the criteria of products allowed to remain on sale from 1 April.”

“For some time now we’ve been supporting a pragmatic and proportionate approach to CBD regulation,” she added. “Our commitment to ensuring that consumers know these products are being checked for safety remains firm.”

Applications are subject to an eight-day admin check, the FSA explained, with another 30 days for applications to be validated after this.

Validated applications will then continue through an authorization process that undertakes checks on safety to determine whether products can be authorized for sale, it noted. Members of the European Industrial Hemp Association are now awaiting full validation of their application after it passed initial registration checks by FSA. (Also see "Hemp Consortium Clears First Hurdle In Race For UK CBD Compliance" - HBW Insight, 24 Mar, 2021.)

The UK CBD industry has known for a while now that the FSA also intends to publish a list of validated applications on its website from April.

However, as part of its updated guidance, the FSA said it will publish an additional list of products associated with applications which have “not yet fully met the legal requirements to be validated but have set out sufficiently robust plans to prove they are fully committed to delivering the remaining information required.”

“This will include evidence of plans to complete the risk assessment process, with a clear deadline for submission of the outstanding information,” the regulator revealed.

While this suggests two lists to be navigated by retailers and consumers keen to know which CBD products they can trust, according to CBD expert and Canna Consultants co-founder Stephen Oliver, there are in fact at least three lists in total.

“We now understand there’s going to be a third category which, to coin the old school report phrase is ‘not validated,’ but ‘must try harder,’” he said. “Add to this the third or possibly fourth ‘Public List’ and it could get a little confusing.”

This new list raises more questions than it answers, Oliver pointed out, such as: how long products will be allowed to remain on this list, and therefore on the market? And what kind of time limits there will be attached to requests for further data linked to the applications themselves?

“The policy itself needs further clarification,” Oliver insisted. All in all, this created what he described as a “ridiculous” and confusing situation, especially for retailers, which just want to know whether the products they stock or intend to stock, will be legal at the beginning of April.

Furthermore, with these proliferating lists, Oliver argued that the FSA has also disadvantaged those final product manufacturers and CBD brand owners that have actually tried to become compliant since the new rules were introduced last February.

“When they announced that products needed to be linked to a validated novel food application by 31 March 2021, a number of final product manufacturers and brand owners contacted their suppliers to check they were seeking compliance,” Oliver explained.

“Some were unsatisfied with the response that they got, and switched suppliers in an effort to become compliant,” he continued. “But according to the FSA rules, this meant that their products had, in fact, become non-compliant.”

Here Oliver is referring to one of the more contentious issues of the UK’s approach to CBD regulation, namely, what the FSA means by “already on the market.”

“What the FSA wanted to do on 13 February when they made their announcement about validating dossiers by the end of March next year was to actually take a snapshot of the industry at that point in time and ‘freeze’ the products that were already on the market,” CBD expert Greer Deal told participants at a Medilink East Midlands (UK) webinar last year.

Supporting Oliver’s point, Deal described one scenario in which a company already has a product on the market but wants to switch its CBD supplier. (Also see "Looking To Enter The UK CBD Market Before 31 March? It Won't Be Easy" - HBW Insight, 16 Nov, 2020.)

The supplier that the company is thinking about switching to already supplies CBD to finished product manufacturers with products on the market and has submitted a CBD novel food dossier that is on track to be validated by the FSA by the 31 March 2021 deadline.

“You might think this could also qualify as a product already on the market, but no,” Deal said. “It’s a new product, and it’s a new product because the source of the CBD is from a different supplier.”

“So, any change you make to your product means that it’s a new product, according to the new FSA rules,” Deal concluded.

While these companies have fallen foul of FSA regulations, less scrupulous companies that have made little effort to become compliant are now given an olive branch by the FSA, Oliver pointed out, and apparently no time limit to improve their novel food applications.

Also confirming industry suspicions about a lack of enforcement come April, Oliver pointed to the possibility of local Trading Standards offices – the regional bodies responsible for enforcing UK food legislation – not following FSA guidance and adopting a more pragmatic approach of “validated or not”.

This could mean that CBD companies and organizations that have entered Primary Authority (PA) partnerships with local authorities – which carry statutory protection against enforcement in the event Trading Standards inspections are carried out and allow product-specific liability insurance – may still find themselves on the wrong side of enforcement. (Also see "UK CBD Industry Embraces Trading Standards Partnership As Compliance Deadline Looms" - HBW Insight, 3 Feb, 2021.)

Given the scale of investment and therefore potential loss at stake, Oliver thinks that the FSA may face a “barrage of legal action” in the event of misplaced enforcement.

“With the bigger companies now entering the fray, it will be interesting to see how the FSA’s policies withstand any form of examination,” he said. “Because we expect either a judicial review or injunctions taken out on them if they try and enforce this ‘new to market’ nonsense which they have tied themselves up in knots with.” (Also see "Nestlé To Enter Europe's CBD Market With UK Launch" - HBW Insight, 18 Sep, 2020.) (Also see "Stada's Nature’s Aid Submits CBD Novel Food Application" - HBW Insight, 30 Jun, 2020.)

Looking To Enter The UK CBD Market Before 31 March? It Won't Be Easy