On Smile Direct's challenge, National Advertising Division says claims “better,” “100% whiter” and “whitens better” were made with disclosures too vague to indicate P&G's comparison was to its ARC Teeth Whitening Pen. 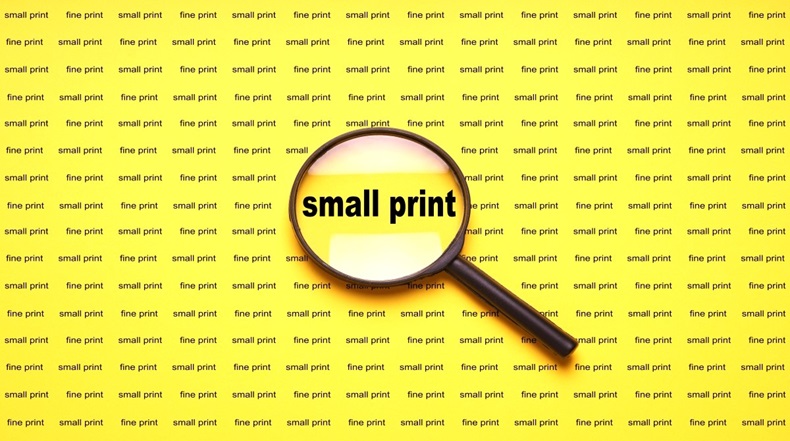 Procter & Gamble Co.’s superior whitening claims for Crest Whitening Emulsions should clearly disclose the claims are from a comparison with a lower-priced whitening brand it also owns, not a competitor’s product, an industry self-regulation group found.

In a report published on 8 June, BBB National Programs Inc.’s National Advertising Division stated the claims “better,” “100% whiter” and “whitens better” made on TV, social media and online and some on product packaging with disclosures too vague to indicate the comparison was to its ARC Teeth Whitening Pen.

For example, on social media pages where P&G included a disclosure, the statement was “far removed from the triggering claim” and was in small grey font on white background, or in other similarly unclear fashion, according to the NAD report.

On packaging with the claim made on a front panel, the disclosure stating the claim was for a comparison to a single product “appears on the bottom right corner on the back of the package.” 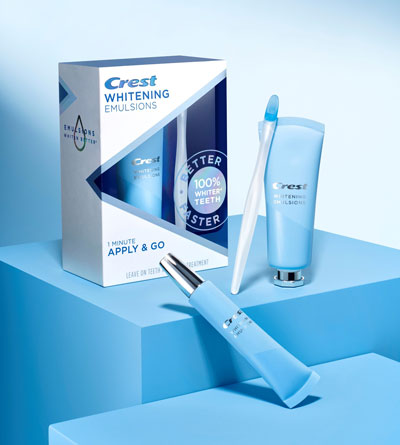 P&G based superiority claims for its crest whitening emulsions, above, on a comparison with its lower-priced arc teeth whitening pen, below, according to a nad review. Source: P&G

NAD attorneys advised the P&G to modify the claims by noting in the main claim or a disclosure that the ARC Pen is the comparator product.

Launched in 2020, the Crest Whitening Emulsions kit comprises a hydrogen peroxide gel and separate applicator wand for application to each tooth; unlike other whitening products available in the US, no rinsing, brushing or removal of the gel is indicated. (Also see "Amazon Launches ‘Luxury Stores,’ Crest Reinvents Teeth Whitening, Monat Wellness; News In Brief" - HBW Insight, 15 Sep, 2020.)

The Cincinnati-based firm’s ARC Pen also contains hydrogen peroxide and a pen for twice-daily use for 14 days. The brand, which also includes a blue light teeth whitening device, ranks third in sales in the whitening market, according to the report.

NAD attorneys determined P&G showed its product was superior to ARC in an executive summary of a clinical trial on tooth color changes. With 48 subjects divided into Emulsions and ARC groups, the study found Emulsions use demonstrated 2.45 times better whitening (yellowness reduction).

With clear disclosure identifying the comparison was made to ARC Pen, P&G can use claims its product is “better,” “100 whiter” and “whitens better.”

However, NAD attorneys said P&G didn’t support other claims Smile Direct challenged, including claims Emulsions is “faster” than ARC Pen. The claims refers to the noticeable whitening benefit of Emulsion after 15 days, a benefit not indicated for Arc Pen.

Because the claim is presented online with the line “better…faster…100% whiter,” NAD attorneys said consumers would reasonably understand the claim to convey a message about the application and wear time of the product; it should be discontinued.

They also evaluated the claim, “delivers 5x more active hydrogen peroxide compare to other whitening gels and pens.” As support, P&G explained Emulsions contains droplets of more than 15% peroxide compared to ARC Pen’s 3% uniform concentration. The claim is supported if it is modified to make clear it is comparing the product to ARC Pen.

Still, the attorneys cautioned the firm to avoid communicating that its unique method of delivering peroxide to teeth with “more active hydrogen peroxide droplets” provides quantified superior performance compared to ARC Pen or other similar products. Such a claim could suggest the product contains five times more overall hydrogen peroxide than competing products.

P&G also was advised in the review to modify the claim, “stops stains before they set in” to more accurately reflect that Emulsions reverses existing staining and avoid implying that the product prevents stains from common teeth-staining compounds from “setting in.”

NAD attorneys recommended it discontinue its claims, “Best in Class Results,” “starts working instantly,” “Get a whiter smile in seconds” and “stays on 10x longer.”

P&G agreed to comply with the recommendations, though it “disagrees with the NAD’s conclusion that certain claims were not adequately supported.”