Decisions in US Circuit and District courts for District of Columba are on complaint by Rx drug firm MediNatura, but should resonate for OTC homeopathic firms as well as all businesses across the sector. MediNatura appealed district ruling rejecting request for injunction against FDA’s withdrawal of 1988 homeopathic CPG. 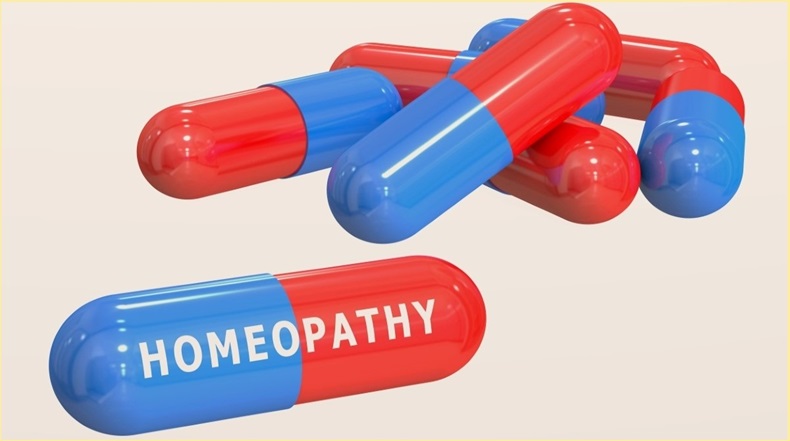 Federal courts have rejected a drug firm’s request to order the Food and Drug Administration to restore the homeopathic drug oversight policy it withdrew in 2019 but are allowing the firm to continue litigating its complaint seeking the change.

While the decisions by the US Circuit Court and the US District Court for the District of Columba are on a complaint that MediNatura Inc. filed in response to FDA enforcement against its Rx drugs, the firm also markets OTC homeopathics. The rulings should resonate for manufacturers and other businesses across the sector.

MediNatura was among the homeopathic firms that, in response to increased regulatory scrutiny, in 2018 added a revised optional disclaimer to product labels, packaging and marketing materials to increase transparency by stating explicitly that claims are not supported by accepted medical evidence (see box).

MediNatura appealed to the US Circuit Court for DC a ruling by the district court rejecting its request for an injunction against the FDA’s decision to withdraw a compliance policy guide (CPG) it had used from 1988 to October 2019 to allow marketing of homeopathic ingredients included in the Homeopathic Pharmacopeia of the United States’ monograph.

'No Viable Options' From MediNatura

In its district court complaint as in its circuit court appeal, the Philadelphia-based firm argued that the FDA did not adequately consider alternatives to withdrawing the guide, CPG 400.400.

As alternatives, MediNatura suggested creating a process that either assesses whether homeopathic drugs are generally regarded as safe and effective, the threshold for OTC monograph drugs, or that evaluates them through new drug applications the FDA uses for other OTC as well as Rx drugs.

The FDA announced it was evaluating CPG 400.400 in 2015 and its intention to withdraw along with a draft guidance for the approach it would adopt in 2017. (Also see "US FDA Moves Homeopathic Drug Enforcement To Risk-Based Approach" - Pink Sheet, 18 Dec, 2017.)

Although it intended to withdraw the CPG with publication of a final guidance, the change came with its revised draft guidance in 2019. (Also see "Latest Steps In FDA Homeopathy Policy Overhaul Prompt Trade Group Questions " - HBW Insight, 3 Nov, 2019.)

The American Association of Homeopathy Pharmacists, in 2018 comments on the 2017 draft guidance, said the FDA would confuse the industry, consumers and retailers and lead to the products being sold online only. (Also see "OTC Homeopathic Market Could Shrink Under US FDA Risk-Based Oversight, Trade Groups Say" - HBW Insight, 28 Jun, 2018.)

The trade group recommended combing the CPG with the draft guidance to allow enforcement flexibility while also providing enough detail for industry. It suggested including these components of the CPG in the guidance:

It also suggested “delaying the [CPG] Withdrawal to provide the industry time to adapt and/or providing a grace period. We disagree,” according to the ruling published on 28 May after the appeal was heard in March by Judges Karen Lecraft Henderson, Judith Rogers and Robert Wilkins.

Imposing a GRASE or NDA process for OTC homeopathics “was not a viable alternative due to the immediate concerns the FDA was facing,” Henderson wrote for the panel.

She also agreed with the district court’s ruling that the firm’s “arguments are based on the idea that the FDA must leave open an opportunity for legal marketing of homeopathic drugs.”

The district court was correct in rejecting that argument and stating that “if it is not possible for the industry to comply with the requirements of [FDA regulations], that is a problem to take up with Congress,” Henderson wrote.

The judges “find similarly unavailing” the firm’s argument to delay withdrawal of the CPG or provide a grace period for the industry to shift into working under the FDA’s risk-based enforcement approach similar to its oversight of conventional OTC and Rx drugs marketed following evaluation or nonprescription products available under monographs.

However, while denying MediNatura’s request to order the FDA to restore the CPG, the courts’ rulings allow the firm to continue litigating its complaint against the agency’s move in district court.

The circuit court agreed with the district court’s October 2020 ruling that although the withdrawal “was final agency action,” the move isn’t authorized “to agency discretion by law.” The FDA’s motion to dismiss MediNatura complaint arguing for an order to restore CPG 400.000 was rejected by the district court, leaving the complaint active.

A revised draft guidance the FDA published in 2019 allows homeopathics to remain available without pre-market approval but identifies problems the agency will target for enforcement. The list of problems where FDA will “prioritize enforcement and regulatory actions” includes routes of administration other than oral and topical or intended use for prevention or treatment of serious or life-threatening diseases and conditions.

Industry Had Time To Lobby FDA

The circuit ruling, quoting the district court’s finding, states that “manufacturers that wished to protect themselves ‘could have petitioned for GRAS/E status or filed an NDA in the years between the FDA’s initial announcement of its intentions and the eventual withdrawal’.”

Moreover, under the CPG the FDA had authority to enforce its premarket approval requirements against homeopathics; the agency took enforcement steps against unapproved homeopathic drugs while the CPG was in place.

“From the FDA’s perspective, delaying withdrawal or providing a grace period would make little sense because it could nonetheless take enforcement actions against homeopathic drug manufacturers with CPG 400.400 in place,” Judge Henderson wrote.

Additionally, the FDA “explicitly addressed why it withdrew” the CPG, she said. “The FDA sought to replace ‘outdated policy’ that no longer reflected its thinking in light of recent public health concerns” and it “reasonably concluded that it was more important to subject homeopathic drug manufacturers to a risk-based regime than to perpetuate a non-risk-based regime.”

The agency added MediNatura’s products to its Import Alert 66-41 list six days after sending the warning.

A month later, the firm filed its complaint in DC federal district court alleging the FDA arbitrarily and capriciously withdrew the CPG. The complaint also argued the FDA added MediNatura’s products to an import alert by failing to consider reliance interests or alternative actions; without undergoing notice-and-comment under the Administrative Procedure Act; and arbitrarily and capriciously with no reasoned explanation.

The circuit court ruling states that with its complaint pending in district court, MediNatura ordered two shipments from Germany of one of its products listed on an import alert. One shipment entered the US through Los Angeles while the other was detained in Houston.

“During the litigation, MediNatura attempted eight more shipments of its Products, all of which were detained,” according to the circuit court ruling.

Naloxone Still On US House Appropriators’ Radar, But OTC Access Remains Off Screen