Day four of PAGB's Digital Week saw the association launch its new guidance on mobile health apps, which will help consumer health companies navigate this booming segment. Representatives from J&J, Healthily and Healthy.io then presented delegates with real world examples of health apps in action and debated the future of the sector. 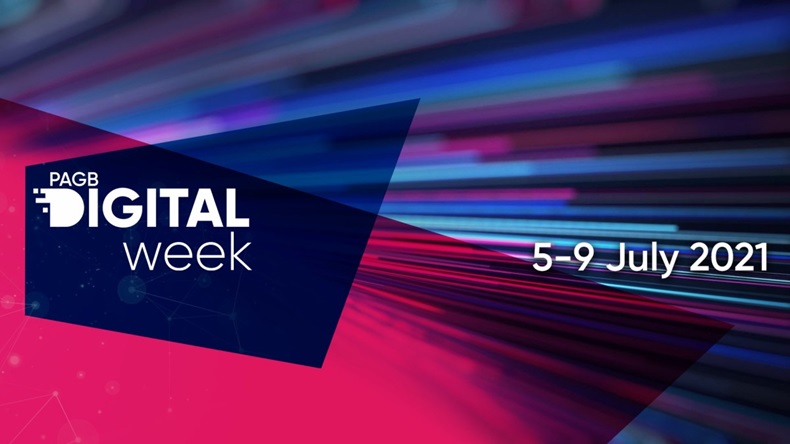 Mobile app downloads grew by 7% to a record 218bn in 2020, the PAGB’s acting senior regulatory manager, Christina Gkouva reported, opening the first session on day four of Digital Week, which focused on apps and medical devices.

UK consumers can choose from over 300,000 health apps, Gkouva noted, ranging from sports and fitness trackers to doctor appointment managers.

To help consumer healthcare companies that are thinking of stepping into this booming segment, Gkouva gave an outline of the association’s new guidance on mobile health apps.

The key thing to consider when launching an app is whether it will be considered a medical device by the UK Medicines and Healthcare products Regulatory Agency, Gkouva advised. To answer this question, she continued, companies needed to consider the app’s “intended purpose.”

Does it diagnose, monitor, or treat a disease? Does it compensate for an injury? Investigate, replace or modify the anatomy or a physiological process? Does it control conception? If the answer to any of these questions is yes, Gkouva said, then it will be classed as a medical device by the MHRA.

Apps that monitor general fitness – for example heart rate, general health and well-being – are not commonly considered as having a medical purpose, and therefore would not be considered a medical device, under UK regulations, Gkouva continued.

However, companies needed to be careful when designing an app’s software, she said, so that it doesn’t veer into the diagnostic space and therefore become a medical device.

For example, a sports watch that monitors heart rate during activity so that a user can track their fitness would not be a device, but if the manufacturer claims in addition that the product can detect heart arrhythmia, then this would push it into medical territory.

In summary, Gkouva said that the health app market was evolving, and that regulators needed to make sure regulations were changing with the market and not falling behind the curve.

She looked forward to a new consultation on post-Brexit medical devices regulation for the UK from MHRA, which would include software as a medical device, noting that PAGB would work to ensure the legislation addresses the concerns of the British OTC industry.

Sutherland, who is marketing director for J&J CH’s global smoking cessation Franchise, pointed out that Nicorette has a long history in the smoking cessation category, being the first to introduce an OTC nicotine replacement therapy in the UK.

Smoking was one of the biggest preventable causes of death, she continued, with one in two smokers dying of a smoking-related illness. Giving up smoking, however, was “incredibly difficult,” she acknowledged, which is why J&J’s mission to “go beyond the pill” was so important.

While smokers were twice as likely to quit with the help of NRT, clinical studies showed that NRT with behavioral support brought this figure up to three to five times more likely, Sutherland noted.

Nicorette QuickMist was designed to leverage this insight, she explained, using the connected app to help people through the process of quitting.

Through the app, users can set their own goals, track progress against their goals, she continued. “Just by making that information available to them, it really increases not only their awareness, so they can make more conscious choices, it also acts as a motivator,” she added.

For J&J, the data generated by the app – which was anonymized and General Data Protection Regulation (EU GDPR) compliant – allowed the firm to gain a “deeper understanding than ever before about NRT.”

By analyzing data concerning how consumers use the app’s features, J&J can optimize the app to improve quitting outcomes.

For example, J&J found that users were skipping the goal setting stage at the beginning because they were keen to get into the app and explore its other features.

So developers used notifications and reminders to encourage users to set goals later on, which led to an immediate increase of 15% of users setting goals, she revealed.

This “real live data” can not only be used to improve the app, but also potentially generate consumer use claims to support future marketing and advertising, she predicted.

While there were regulatory complexities with connected medicines like Nicorette QuickMist, Sutherland stressed the “opportunity for consumers in this space, and also for the consumer healthcare industry to deliver new solutions to consumers.”

“Technology is at the stage where it is unlocking exciting new areas for us,” she concluded. “We’re excited to see what’s to come from the self-care industry.”

Opening a session on how digital software applications can help shape the future self-care, Matteo Berlucchi, CEO and co-founder of symptom checker app Healthily, noted that around the world health systems were failing to bridge the growing gap between supply and demand for medical care.

With consumers struggling to access doctors, more and more were going online for health information, but there was a “massive knowledge gap,” Berlucchi asserted, with people unsure of how to sift through all the information available on the internet.

Healthily – which is backed by Reckitt – was working to solve this problem, he explained, by developing the concept of “pre-primary care,” whereby technology could help consumers understand when it is appropriate for them to self-care and when they need the support of a healthcare professional for a particular ailment.

The role of the Healthily app – which is CE marked as a class I medical device – was not to diagnose, Berlucchi said, but to “give a triage recommendation backed up by probabilities.”

The app uses augmented intelligence to help a user decide if they need to see a doctor, and recommends self-care tips for issues which can be treated at home. It also boasts a health journal and symptom tracker as well as a directory of healthcare products and services offered by other companies to help a user identify appropriate treatments. (Also see "RB Steps Up Investment In AI Symptom Checker" - HBW Insight, 7 Oct, 2020.)

For apps like Healthily, one of the biggest challenges was earning consumer trust, Berlucchi noted, given the high level of trust patients placed in their doctor.

But as more people tried the technology, realised that it worked and it could save them a trip to their doctor, it would increase in popularity, he argued. “We hope GPs will recommend this technology so they don’t need to see patients with minor ailments,” Berlucchi said, which he noted would be a win-win for both the healthcare system and consumers.

Next up, Katherine Ward, Healthy.io’s chief commercial officer and general manager of UK and Europe, echoed Berlucchi’s point about a problem of supply and demand, observing that currently healthcare was “not operating at the speed of life.”

To illustrate this point, Ward noted that while many goods and services were available on demand at the click of a button, if you had a health problem you could wait days for primary care treatment.

For someone with a urinary tract infection (UTI) they had to take samples to their doctor, and potentially get time off work, which she pointed out was not convenient like other services they might use on a regular basis.

Ward explained how Healthy.io was working to address this problem through its platform which turns any smartphone camera into a CE marked medical device. Healthy.io’s app allows “accurate analysis of color and patterns across arbitrary hardware and environment.”

With the app, any smartphone could operate like a clinical grade urinalysis device, Ward noted, which had allowed the firm to begin working with the NHS on at-home testing for kidney disease and UTIs.

Healthy.io was at the forefront of a “new clinical reality,” she claimed, by moving urinalysis from a professionally performed service to one that could be done by the consumer, and in the process creating savings for the healthcare system.

Ward asserted that the smartphone camera would help to drive healthcare decentralization in the future, by placing the power of imaging, computation and rapid data sharing into everyone’s pocket. “Over the next few years, every medical process that is now visually assessed will be able to be done with phone camera,” she stated.

The “medical selfie” had huge potential for dermatological conditions and many ailments, she noted, which would help support people to self-care and take control of their health and well-being.

PAGB Digital Week, Day 1: Google On COVID Trends, How To Capitalize On The E-Commerce Boom