Delta-8 THC is a close chemical cousin to the substance recognized for intoxicating effects. Its effects aren't a settled question, along with whether it meets definition of hemp stated in 2018 farm bill. 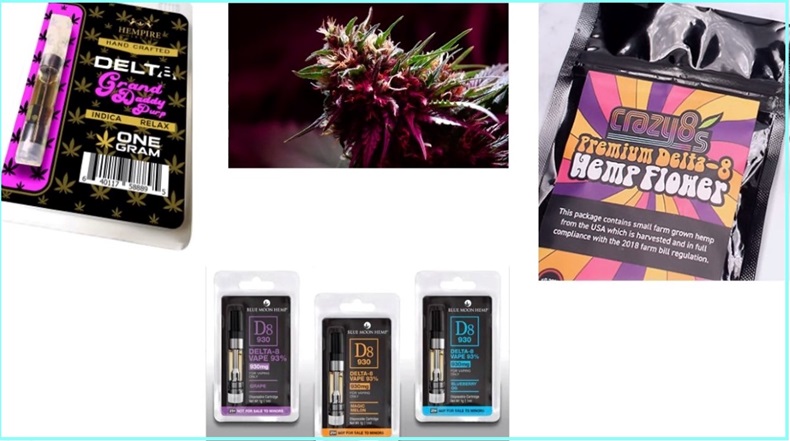 The emergence in the US of an ingredient that may or may not meet the statutory definition of hemp could douse the flames of apparently strong support in Congress for making lawful the use of hemp-derived cannabinoids in dietary supplements.

The ingredient, delta-8 tetrahydrocannabinol, is a close chemical cousin to the substance frequently identified simply as THC – delta-9 tetrahydrocannabinol derived from cannabis. While delta-9 THC is recognized for its intoxicating effects, delta-8’s effects aren't a settled question (see related story).

The uncertainty also leaves unanswered whether delta-8 meets the definition of hemp which Congress stated in the 2018 farm bill to de-schedule hemp as a controlled substance – any part of the cannabis plant containing no more than 0.3% delta-9 THC by dry weight.

Those open questions likely won’t leave members of Congress assured in continuing to support legislation introduced in the House and Senate to authorize the Food and Drug Administration to open a regulatory pathway for using hemp ingredients in supplements. 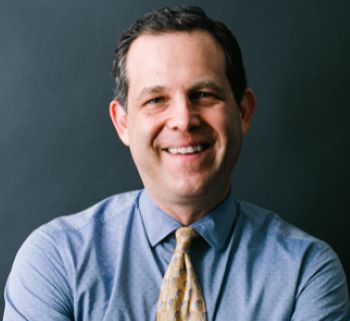 us hemp roundtable general counsel jonathan miller: “I am very fearful that the discussion of D-8 is going to pull away from" progress on cannabinoid legislation. Source: FDLI

The FDA hasn’t singled out delta-8 in any warnings or other regulatory actions related to hemp-derived ingredients. All ingredients defined as hemp under the farm bill definition officially are considered unlawful for use in non-drug products subject to its oversight, but sales of those products are allowed under an enforcement discretion practice when firms are compliant with all other relevant manufacturing and marketing regulations.

Speakers in a recent Food and Drug Law Institute webinar discussed why delta-8 should or shouldn’t be considered a hemp ingredient and whether herbal and other supplement marketers are at regulatory risk by selling delta-8 containing products.

At risk or not, sales of delta-8 products are strong, said one of the speakers, North Carolina attorney Rod Kight who specializes in hemp and cannabis businesses.

“I think it's telling just right off the bat, that the popularity of this cannabinoid, which has just been introduced to the market, it already has a nickname, D-8,” Kight said.

Is Delta-8 Hemp? No, But It's Not As ‘Scary’ As Other Cannabinoids With Higher THC Levels

Other cannabis derivatives some businesses may attempt to sell as meeting statutory definition for hemp fare worse in review consultant Deborah Miran presented during FDLI webinar on delta-8’s status as a dietary ingredient.

“From my clients and a lot of different sources I'm hearing that they're staying afloat because of delta-8. To say we're going to give away this economic driver … I think that is a pretty big concession.”

Jonathan Miller, general counsel for the US Hemp Roundtable industry group, didn’t hear any mention of delta-8 THC as a hemp ingredient when he lobbied Congress for de-scheduling hemp.

He also pointed out during his presentation on 25 August that for the 2018 farm bill, Congress built on the 2014 farm bill, which had expanded access to hemp for research, with language to “protect” CBD as an ingredient to be de-scheduled. (Also see "Future Of CBD In Supplements: NDI Notification Looms As Regulatory Path " - HBW Insight, 3 Dec, 2019.)

“Delta-8, or D-8, never came up. I was not familiar with what D-8 was at the time, I only learned about it in the past year or so. Certainly, this was not something on the mind of folks in the Congress or their staffs” when crafting de-scheduling language for the 2018 farm bill, Miller said. 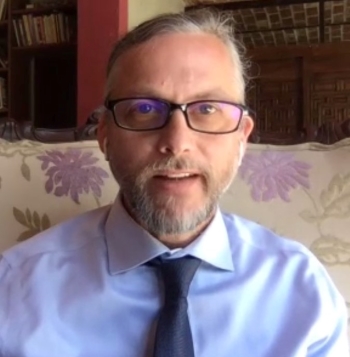 “At the time, we knew about CBD. I wanted to make sure that we got in the words extracts, cannabinoids and derivatives so that we would have this protection of CBD. We knew there were going to be other non-intoxicating chemicals or compounds that we would like to find protection as well.”

... Nor In Current Cannabinoid Legislation

However, there isn’t time, Miller says, to ask the FDA whether delta-8 is considered non-intoxicating without stalling momentum in Congress toward passing legislation making lawful the use of hemp-derived cannabinoids in supplements and potentially other non-drug products.

“Right now, we are trying to pass legislation in Congress that would provide a legal and regulatory pathway for the sale of hemp-derived CBD and other non-intoxicating hemp extracts as dietary supplements and food and beverages,” he said.

“We've made a lot of progress … We’ve got a hearing that we are going to be coming up this fall, and I’m really excited about the progress we've made.”

S.1698, the “Hemp Access and Consumer Safety Act,” includes both food and supplements as product categories it would direct the FDA to allow including cannabinoids. Authored by Oregon’s two senators, Democrats Ron Wyden and Jeff Merkley, and Kentucky Republican Rand Paul, it has been assigned to the Health, Education, Labor and Pensions Committee, where it could be amended to drop food as a category of products subject to the change. (Also see "US Senate Appetite For Lawful Use Of Cannabinoids Includes Food On Top Of Supplements" - HBW Insight, 19 May, 2021.)

In the Senate, a draft bill by majority leader Chuck Schumer, NY, and fellow Democrats Cory Booker, NJ, and Ron Wyden, OR, proposes rules not only on producing, marketing and possessing marijuana, but also on using hemp-derived ingredients in supplements. The draft also differs from H.R. 841 and S.1698 by including a proposal to require the FDA establish a safe daily use level for cannabinoids along with changing the FDA regulation to allow the ingredients’ use in supplements. (Also see "Schumer Includes Cannabinoid Pathway For Supplements In Cannabis Legalization Draft Bill" - HBW Insight, 14 Jul, 2021.)

Like the House bill, though, the draft includes a requirement requested by the FDA but not by the industry, all supplements including cannabinoids must be notified to the agency as new dietary ingredients with proof of a reasonable assurance of safety for their intended use.

Asking to include delta-8, or some other ingredient derived from hemp or cannabis that may or not be intoxicating like delta-9 THC, within the definition of de-scheduled hemp could halt the progress.

“I am very fearful that the discussion of D-8 is going to pull away from that progress, that there’s going to be members of Congress who say, ‘Wait a minute. When I voted for that 2018 farm bill, you promised me these were non-intoxicating products. Why should I vote for this? Is this just another way to get in your intoxicating products into that [hemp] loophole?’” Miller said.

Instead, the Hemp Roundtable suggests limiting legislation on hemp-derived ingredients to those that are determined to be non-intoxicating, such as cannabidiol and most other cannabinoids, and dealing with delta-8 and other delta extracts from cannabis in separate legislation.

“One for intoxicating products – marijuana delta-8, delta-10, you name it – sold through dispensaries, or other regulatory structures,” Miller said.

The Hemp Industry Association isn’t on the same page with Miller’s group, though. Kight, the association’s general counsel, said it considers delta-8 non-intoxicating and within the farm bill definition of hemp.

The 2018 farm bill doesn’t exclude any hemp or cannabis derivative from de-scheduling as long as it contains no more than 0.3% delta-9 THC by dry weight.

“Delta-8 THC from hemp is not a controlled substance under federal law. First of all, the definition of hemp under the 2018 farm bill is expansive and importantly it's also clear and specific,” said Kight, with a practice in Asheville.

The substance occurs naturally, though “in very miniscule quantities and concentrations,” in cannabis; it’s not a synthetic ingredient, though like other hemp ingredients it is synthesized from cannabis plants, he added.

… But Singles Out Delta-9

The farm bill singles out delta-9 THC as the substance measured in an ingredient to determine whether it meets the bill’s definition of hemp.

“Why did Congress only limit D-9? When it very easily could have limited them all by using a more general term, THC tetrahydrocannabinol?” Kight said.

“That specificity by Congress, to me, underlines the fact that delta-8 or delta-10 or any other cannabinoid from hemp, THC-based or not, are not limited as controlled substances.”

Congress “expressly removed hemp derivatives from the Controlled Substances Act, and a hemp derivative is by definition a compound that is the product of synthesis,” Kight added.

ahpa president michael mcguffin: “If we were to ask FDA, again if they were here, I'm very clear what they would say is this is not a lawful ingredient." Source: AHPA

Delta-8 is a cannabinoid and “it not delta-9, which is the only cannabinoid that's been statutory limited with respect to its concentrations. There's absolutely, absolutely no ambiguity in the statute. Delta-8 that you extract from hemp is lawful,” he said.

Like Miller, though, Kight acknowledged members of Congress and their staffs most likely weren’t aware of delta-8 in 2018. “My guess is that no one in Congress has ever even heard of D8 before this,” he said.

American Herbal Products Association president Michael McGuffin is on the same page with Miller and Kight about Congress’s delta-8 knowledge; he also includes the FDA in the same group.

“I would posit that the reason that neither the Congress nor FDA have commented on delta-8 is, they just didn't think of it,” McGuffin said during his presentation.

The AHPA is telling its members that delta-8 isn’t among the hemp-derived cannabinoids that the FDA, under enforcement discretion, is allowing to be used in supplements.

“If we were to ask FDA, again if they were here, I'm very clear what they would say is this is not a lawful ingredient, no matter how you want to describe it,” McGuffin said.

Firms marketing supplements or other non-drug products subject to FDA regulation which want to use delta-8 are better off not calling the ingredient hemp, and the same goes for artificial cannabinoids, the AHPA advises members.

“We didn't say don't sell them, we said if you're going to sell them don't call them hemp. They're not hemp. And we discourage the marketing of goods for consumption by any route that consist of or contain any amount of artificial cannabinoids,” McGuffin said.

As US Hemp Product Industry Grows Without Regulatory Clearance, It Has Grown In Compliance