Adam Waheed, an award-winning content creator with more than 17m social media followers, addresses challenges and legal risks that have escalated in recent years as influencer marketing opportunity has exploded in the US and abroad. He was joined at NAD 2021 by his manager, Leanne Perice of Made By All, and Andrew Borsen, partner at Borsen Law, LLC. 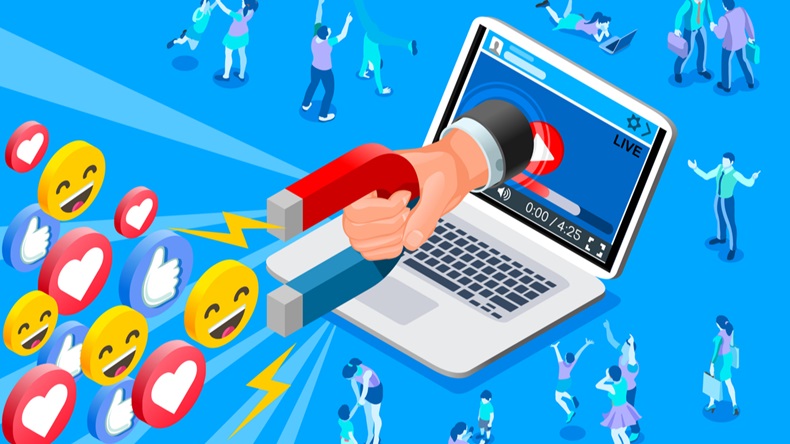 The influencer marketing industry is expected to reach $13.8bn in 2021 after growing some 700% over the last five years, according to figures cited by T-Mobile USA, Inc.’s senior director of legal affairs Molly Malouf.

The COVID-19 pandemic has only accelerated influencer trends, she said, pointing to production challenges around traditional advertising shoots and dramatic changes in consumer behavior at home.

“Basically, it seems that consumers are turning off the TVs, turning on their ad blockers, and turning toward authentic, genuine, transparent and personal content,” Malouf said.

At the same time, regulatory scrutiny and legal pressures have increased, making influencer marketing a dicier game these days for even the most seasoned of sponsored content creators.

The panel featured Adam Waheed, aka AdamW, an actor, comedian and entrepreneur who received over 2.1bn views across his social media platforms in 2020 with more than 17m followers, including 3.3m on Instagram. A member of Forbes 30 Under 30 Class of 2021, Waheed has partnered with the likes of Old Spice, Disney, Pepsi, and T-Mobile.

Alongside Waheed were his manager, Leanne Perice, founder of digital talent management and branding company Made By All, and his attorney, Andrew Borsen, partner at Borsen Law, LLC.

“The brand – they’re cutting the check. But at the same time, I’m a brand as well.”

All agreed that influencers bear a growing liability burden when it comes to advertising law compliance, and their increased targeting by federal agencies for enforcement action marks a shift from years past when brand sponsors were more squarely in the crosshairs.

Other cases are moving through the courts, including Petunia Products, Inc. v. Rodan and Fields, LLC, in which model and actress Molly Sims is alleged to have infringed Petunia’s federally registered Brow Boost trademark when promoting R+F’s Brow Defining Boost eyebrow gel on her blog.

A California federal court in August denied Sims motion to dismiss the suit, which she claimed violated her right to free speech, among other overreach.

“So right now, there's potential that influencers can be liable for a brand's trademark infringement, which is kind of mind-blowing,” Borsen said.

In addition to complying with legal standards, influencers must abide by the rules of social media apps and satisfy the expectations of brands they represent, all while trying to maintain an authentic voice for their legions of followers.

Waheed and his associates addressed those tensions and others during the panel.

On Need To Disclose

The FTC advises social media influencers to provide clear and conspicuous disclosures when they have any financial, employment, personal, or family relationship with a brand.

Accompanying posts with terms such as “ad” or “sponsored” in ways that are hard to miss typically suffices, according to FTC guidance on the subject.

But brands and social media platforms often have their own disclosure demands as well.

“There is a divide between the FTC, the social media apps, and the brands, all having their own best interests and only looking out for themselves,” Perice said, adding, “It seems like there's no true communication amongst the three.”

For example, paid partnership tools used by social media apps may not count as disclosures in the FTC’s view, Perice noted.

“When we have all of these variable levels of what we have to do, it becomes saturated and takes away from Adam’s creativity. … There are cases where the brands are giving Adam 10 different guidelines for messaging and hashtagging, and the audience loses interest,” she said.

Waheed elaborated: “You have the FTC guidelines versus whatever platform, their guidelines. And sometimes they don't run parallel with each other, right? So now you're putting extra awareness that it's an ad. And then you get pushback from a brand saying, ‘Hey, we want you to mention the product more or do this even more.’ So now my post looks like an infomercial or like a billboard, rather than keeping it organic."

He added, “The brand – they’re cutting the check. But at the same time, I’m a brand as well.”

How disclosures are made needs to be a cooperative team effort for the good of the content and audience engagement, Waheed said.

Perice noted, “When it becomes too much, when we’re already disclosing one way, I will push back and say, ‘We need to decide which one is most important for you, because we’re not going to do both. And legally we don’t have to do both.'”

But Do Consumers Get It?

With so much talk about excessive disclosures, Malouf asked Waheed whether he believes consumers generally are savvy enough to know an ad when they see it.

“A lot of times, even still today,” he said, “I get feedback from fans commenting on a post like, ‘Oh, this is hilarious. T-Mobile should pay this guy.’ And I'm like, ‘They are paying! It's clearly a piece of branded content.’ In my eyes it's very obvious. I'm saying the product name, I'm visually showing you. I'm like, ‘Hey, if you guys think it's not [paid advertising], that’s on you.’”

Waheed acknowledged, “I have a much younger generation watching my videos.”

Time To Make The Music

Influencers today face liability risks not only in the context of disclosures about brand partnerships, but also with regard to trademark and copyright issues.

“They're definitely now in the game, in terms of liability, a lot more than they were a couple of years ago,” Borsen said.

Perice noted, “Just having royalty-free music is a huge deal. We’ve had to take down video in some of our deals because the music actually wasn't royalty-free. We actually got a lawsuit from Universal Music Group that my client had to take down a video, but it was in partnership with that music company. So it was the most mindboggling lawsuit because they paid us! That record label actually hired my client to create that.”

According to Waheed, “that’s one of the most frustrating things, when it comes to what's royalty free and what's not. It even comes down to the specificity of a certain sound effect, like a slap sound or a door shut. Somebody created that sound effect, and you have to have the license for it.

“I’m ready to start making my own music,” he quipped.

Borsen raised another copyright point. “The other thing you have to consider is who’s shooting the video. A lot of times Adam has a partnership with a certain production company, but whoever's taking the photo, or whoever's shooting the video – if you don't have a work-for-hire agreement with them or some kind of licensing deal – technically speaking, they are going to own that content.”

Breaking down the essentials for influencer-brand contracts, Borsen lamented the lack of uniformity from one engagement to the next.

“There's no formality in the digital space. Every brand has a different contract, a different idea of what to include,” Borsen said.

Waheed’s advice? Brands quite simply need to get out of influencers’ way, be flexible regarding disclosure, and trust in the creative process. That is, the commercial aspect of a post should be secondary to content integrity, he suggested.

“When I create content, my biggest thing is I want to make sure that engagement on my organic, original videos matches my branded content,” he said.

“I'm going to do the funniest idea around a phone or phone service – and then implement T-Mobile. Then it's a shareable piece of content whether you like T-Mobile and want to buy it or not.”