Snooze, You Lose – Is Innovation Still Possible In The UK’s Sleep Category?

Sleep might seem like a consumer healthcare category with limited potential for innovation. But with new herbal remedies, foods and dietary supplements coming on the UK market, regulatory expert Janet Worrell argues that there's still plenty of room for novelty. 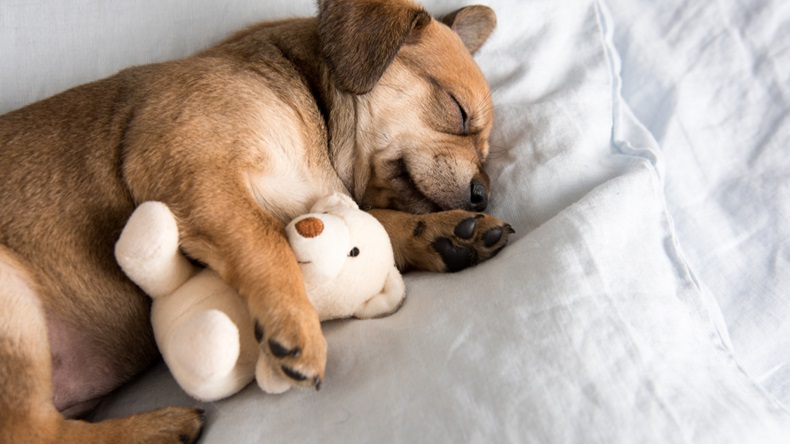 Given its strict rules on certain ingredients, consumer healthcare and food supplement companies might be forgiven for thinking that there’s little room for innovation in the UK’s sleep category.

This, however, is a myth, according to regulatory expert Janet Worrell, speaking at a recent Medilink East Midlands Food Supplements Special Interest Group event.

New sleep products sitting on the borders between medicines, medical devices and foods show that innovation is still possible, argued Worrell, who is head of Regulatory at UK consultancy firm, Jenson R+.

However, while at the cutting edge of consumer healthcare innovation, such borderline products also bring with them certain regulatory challenges, she warned, for example in what claims you are allowed to make.

Knowing what kinds of words you can use in packaging and marketing materials can help companies navigate these uncharted waters, Worrell advised.

It’s true that on the medicinal side, many treatments for sleep problems are prescription-only, Worrell conceded.

Melatonin, for example – a hormone produced naturally in the body in response to darkness, but which can be taken orally in tablet form to adjust circadian rhythms – is available as a food supplement in many European countries but is classified as a prescription-only medicine in the UK.

“Prior to 1995, melatonin was available via health stores in the UK,” Worrell explained. “However, the UK Medicines and Healthcare products Regulatory Agency’s Borderline Committee determined in 2007 that it is a medicinal product due to its pharmacological activity and its consequent effect on the human physiology.”

Consumers suffering from sleep problems can, however, turn to OTC medicines containing the so-called drowsy (sedating) antihistamine diphenhydramine, or to natural remedies drawing on traditional herbal ingredients like valerian, hops and/or passionflower, Worrell pointed out.

Nevertheless, all of the above are classified as medicines, and draw on a limited range of active ingredients. So, when it comes to OTC sleep medicines, innovation seems to be constrained by regulation.

“I would challenge that,” Worrell said, noting that there are also medical devices for sleep, such as PFL Healthcare’s Snoreeze range of sleep-disordered breathing products.

“These products are exerting a physical effect on the body and are allowed to make a slightly stronger claims associated with sleep,” Worrell noted. “So that's why they are allowed to use the word ‘relief.’”

When it comes to borderline products like these, however, you have to be “very careful with language,” she warned.

“As soon as you start to put words like ‘relief’ into marketing for a product, it quite often starts to flick it into a category that is more medicinal in appearance,” she continued. “That’s because the MHRA believes that ‘relief’ is a medicinal implied word.”

On the other side of the spectrum, you have aromatherapy products that use words like “soothe and calm” on packaging and in related marketing, for example the Bloom & Blossom Matilda's Magical Pillow Spray.

“Spray Matilda's Magical Pillow Spray onto your little dreamer’s pillow before bedtime to give them phenomenal dreams,” reads the Boots page for the product, which contains the “relaxing and calming scent of sweet orange, eucalyptus, bergamot, satsuma, lavender and patchouli.”

“The words make you feel warm but they don't necessarily say much more,” Worrell noted. “Nevertheless, this product will be sold on the pharmacy shelf next to Nytol and Snooreze.”

“There's a lot of subtle messaging going on here,” she added. “The messaging is that lavender is relaxing and if you spray it on your pillow and you will fall asleep.”

“If people then fall asleep faster after using the product, probably because they have better sleep hygiene, they will continue to use it,” she argued.

Sitting on the borderline are also food products associated with sleep, such as Ecotone’s Clipper Sleep Easy tea.

“There are a lot of tea products on the market now for sleep,” Worrell pointed out. “Instead of caffeine, they might contain lavender, chamomile, orange blossom or lemon balm.”

“I’ve seen an awful lot more herbal teas in the last five years; it seems to be a really big growth area,” she continued. “So people will have their Starbucks or Costa coffee first thing in the morning and then switch over to their organic lavender infused tea in the evening.”

With these products, Worrell said it’s “about trying to make sleep part of your daily routine, to make people feel like they are able to drop off to sleep because they haven't taken anything to stimulate their brain.”

In terms of claims, while these products all use the word sleep, they are not saying that their use will cure insomnia, or even give you a better night’s sleep. Like aromatherapy products, the messaging is very warm and emotional.

“But they address unmet need,” Worrell said. “This is something that people are looking for.”

Another part of the sleep category space where innovation is still possible is within the dietary supplements space, Worrell noted.

“About 15 years ago I probably would have said that there's isn't really a role for food supplements in sleep, but then I'm regulatory person or not an innovator or a marketeer,” she continued.

“One of the things that I’ve started to see in the last five years is more and more food supplements appearing in the sleep category, and they really are trying to push the envelope with borderlines,” Worrell said.

Botanicals are preparations that come from plants, algae, fungi or lichen, Barrow explained. The claims associated with botanical food supplements are currently ‘on hold’ because the European Food Safety Authority considered the evidence supporting these traditional herbal ingredients to be inadequate.

“What that means is that these claims haven't been substantiated with as strong evidence as you would find with other food supplements, like vitamins and minerals,” Barrow continued.

Consumer healthcare companies can still use these claims, but they must make sure that they have the scientific evidence to support the claimed benefit. “They can't just market botanical food supplements and not have evidence for what they are intended to do,” she said.

With the UK’s exit from the European Union at the beginning of this year, the way botanicals are treated within these two regulatory systems may start to differ, Barrow pointed out.

“In the UK, it was decided that there would be call for evidence, and that this would be published in July,” Barrow explained. “But that actually hasn't happened. And we haven't had a timetable released for that yet.”

“We're expecting an update in October,” Barrow added. “But we’ll have to see how this all plays out and whether Europe and UK will agree with the scientific assessment or whether there'll be a divergence between them.”

Returning to sleep supplements, Barrow advised manufacturers to avoid making medicinal type claims, and if the product is based on a botanical ingredient, use the EFSA claims database.

“And it's important to understand that these claims don't just appear on the packet,” she pointed out. “Anything that appears on a website or in any promotional material is also considered a claim, and can get you into trouble if you overstep the boundaries of what is acceptable for a given product type.”

In the end, then, it seems that there is still room for maneuver within the sleep category, perhaps more than you might think.

The key message from Jenson R+, however, is to be careful: borderlines and regulatory grey areas provide fertile waters for innovation, but also hide sharp rocks that can shipwreck companies that sail too close to the edge.

The moral? Read the map before you sail out into the unknown.