To cosmetics industry stakeholders, the EU’s talk of instituting a generic risk management approach to eliminate “most hazardous” chemicals spells wholesale adoption of the precautionary principle, the disposal of exposure and risk considerations, and, ultimately, increased cosmetic ingredient restrictions and bans without proportionate human health benefits. 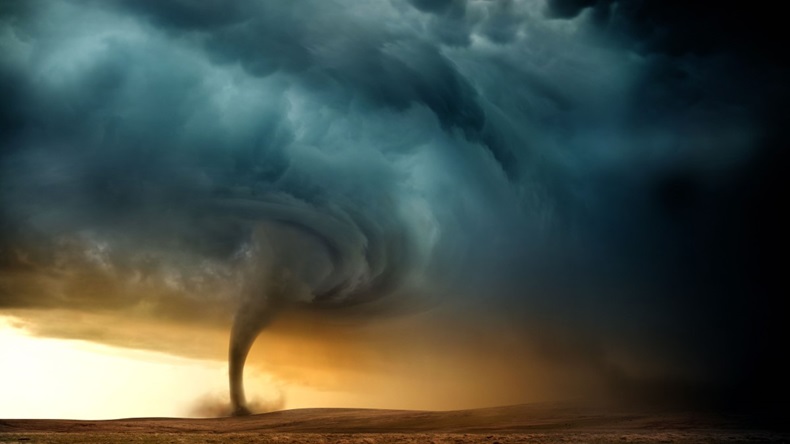 Industry stakeholders weighing in on the EU’s planned revision of the Cosmetic Products Regulation share a common concern, that the EU is on the brink of scuttling risk assessment in the cosmetics sector in favor of a “modern” system that restricts and bans ingredients based on hazard signals alone.

In 29 October feedback to the Commission, trade association Cosmetics Europe states, “Any revision of the CPR should acknowledge the long history of high level of safety of European cosmetic products and keep at its core the principle of ‘demonstrated safe use.’”

The group adds, “Any change should also support the industry’s innovation capacity and global competitiveness, maintaining the CPR as the global ‘Gold Standard’ and reference.”

"An exclusively hazard-based approach, which ignores the notion of exposure to an ingredient, would lead to the loss of ingredients whose safety can be demonstrated, and would disproportionately impact products which play an important role in the protection and well-being of consumers." – L'Oreal

The CSS is billed as an integral piece of the Green Deal, which aims to establish the EU as a sustainable climate-neutral and circular economy by 2050 while better protecting human health and the environment from toxins, including chemicals that figure in people’s daily lives.

If It Ain’t Broke?

In its Inception Impact Assessment informing citizens and stakeholders of the planned CPR revision, the Commission notes, “The Cosmetics Product Regulation is not yet aligned to the approaches announced under the CSS to implement the generic approach to risk management and the essential uses concept intended to address those risks.”

It is the prospect of a generic risk management approach (GRA), and the Commission’s proposed “one substance, one assessment” framework for managing chemicals safety across EU sectors, laws and institutions, that have industry advocates concerned that risk assessment is in grave danger.

“A substance cannot be assessed once for all uses; different uses entail different exposure routes and therefore have different risk profiles,” the Personal Care Products Council asserts in 1 November feedback to the Commission.

PCPC gives the example of ethyl alcohol, which protects human health when used as an active ingredient in hand sanitizers but could be deemed detrimental to health in other exposure contexts, ie, when imbibed excessively within alcoholic beverages.

“Indiscriminate application of GRA to the CPR would lead to unwarranted reformulations and extra costs for industry without attendant benefits to consumers or the environment. Such an application of GRA could result in a ban on ingredients that have been commonly and safely used for thousands of years,” PCPC says.

It notes, for example, that lavender likely would be subject to a ban.

The European Federation for Cosmetic Ingredients (EFfCI) also fears that GRA would amount to wholesale application of the precautionary principle to cosmetic ingredients, leading to increased prohibitions on substances that, while not hazard-free, could be, and are today, safely used. (Also see "EU’s Sustainable Chemicals Strategy Lacks Industry ‘Game Plan’ To Support Innovation, Competitiveness" - HBW Insight, 15 Oct, 2020.)

The CSS makes clear that the Commission wants all chemicals that cause cancers or gene mutations, affect the reproductive or endocrine system, or are persistent and bioaccumulative, out of consumer products.

EFfCI highlights broad guidance the Commission issued in 2000 in which it urges risk assessment where feasible and specifies that “the precautionary principle can under no circumstances be used to justify the adoption of arbitrary decisions.”

“We urge the Commission to maintain the specificities of the cosmetics sector in the revision, in particular in terms of risk assessment. An exclusively hazard-based approach, which ignores the notion of exposure to an ingredient, would lead to the loss of ingredients whose safety can be demonstrated, and would disproportionately impact products which play an important role in the protection and well-being of consumers,” L’Oreal says in its 29 October submission.

‘To Save The Planet’

Industry stakeholders zero in on the issue of essentiality, which is threaded throughout the CSS’s discussion of “most harmful” chemicals whose use should continue to be permitted for the greater good of society. The other side of the coin is that non-essential uses should be phased out, particularly in consumer products, the Commission says.

“Essentiality assessments should focus on the substance, not the product, and should be based on the non-availability of suitable alternatives for the use or function of a substance,” Cosmetics Europe says, calling for such assessments to be carried out by a competent body in a defined, transparent and timely process.

The group maintains “the overriding principle of ‘demonstrated safe use’ should apply, i.e., if the use of a chemical is demonstrated safe, the question of essentiality of that use becomes irrelevant.”

“The characterization of a product as being critical for the functioning of society is a normative judgement and would necessarily entail biases. Cosmetic and personal-care products, for example, have been demonstrated to contribute to overall hygiene, well-being, and improved self-esteem, which can only be appreciated subjectively,” the trade association says.

All three trade groups tout the sectoral-specific expertise of the Scientific Committee on Consumer Safety, developed over more than four decades of experience that PCPC calls “virtually unique.”

“We hope that any future arrangement leverages the SCCS and maintains the principles and functions of the Committee as these have proven to be effective and efficient in safeguarding consumer protection,” PCPC says.

Based in the US, PCPC cautions the EU against radical departures from the status quo that could jeopardize international trade.

“Maintaining alignment of US and EU cosmetics regulatory approaches will support continued two-way trade and investment in cosmetics and personal care products and will contribute to the strength and global competitiveness of industry on both sides of the Atlantic,” PCPC says.

It continues, “In our view, certain policies that are being considered in the CPR Inception Impact Assessment could result in longstanding and intractable Technical Barriers to Trade that would be incompatible with the EU’s commitments in the World Trade Organization.”

The Commission is targeting other EU laws for revision – including the Registration, Evaluation, Authorization and Restriction of Chemicals (REACH) and Classification, Labeling and Packaging (CLP) – to pave the way for CSS implementation.

Feedback on the Commission’s preliminary impact assessment regarding the CPR revision was due on 1 November. Close to 100 submissions were received in total.

A public consultation on the initiative is slated for the 2021 fourth quarter, and Commission adoption one year later.

At the European Chemicals Agency’s Safer Chemicals Conference in October, ECHA’s executive director Bjorn Hansen said he did not believe hazard and risk assessments are two different concepts, but rather “a continuum of the same thing.”

Hansen recognized that sacrifices may have to be made, including by consumers, to realize the European Green Deal.

“Are you willing to pay more, or how much functionality are you willing to accept goes down, in order to save the planet?” he asked. (Also see "Downstream Users Emphasize Focusing On Risk In Europe’s Chemical Strategy for Sustainability" - HBW Insight, 22 Oct, 2021.)

Cosmetics Industry In Perplexing Spot: A Trusted Voice, But What Exactly Is The Conversation?

PCPC Focused On Championing Risk-Based, Proportionate Policies Around The Globe In 2022

US EPA Should Eliminate ‘Hazardous’ Chemicals In Cosmetics? Petition Denied