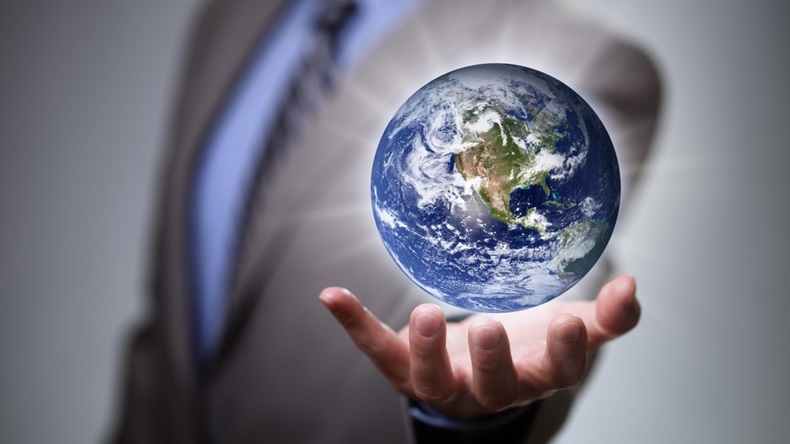 The global self-care industry is coming of age.

Boosted by the need to keep well during the pandemic, modernized by new wearables and smart digital technologies, OTC companies are center stage in a new self-care era.

No longer considered as side projects of research-focused prescription enterprises, consumer health businesses are increasingly looking to step out from their parents’ shadows to take advantage of this new era.

J&J takes same approach GSK, Pfizer, Merck & Co, Merck and Novartis have with their consumer health businesses, Bausch Health is starting and Sanofi says it will.

For example, Johnson & Johnson and GlaxoSmithKline, two of the largest pharmaceutical companies in the world, will separate out their consumer health businesses as standalone, publicly traded companies, with Bausch Health and Sanofi likely to follow.

“At this rate, before long the drug industry may not include any major firms that manufacture products marketed on both sides of the Rx and OTC divide,” notes HBW Insight’s US managing editor Malcom Spicer.

But what specifically has changed?

“We now have a champion for self-care in the World Health Organization,” self-care expert and academic Dr Austen El-Osta told HBW Insight, in an exclusive interview.

“For the first time, we have the WHO seriously talking about self-care,” continued El-Osta, who is the director of the Self-Care Academic Research Unit (SCARU) at Imperial College London. 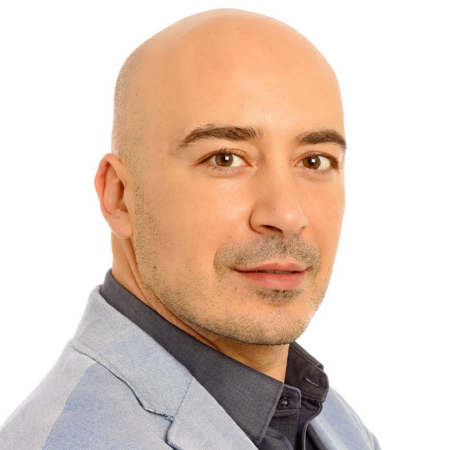 In the updated guideline, the WHO is unequivocal in its support for self-care, as a complement to primary and secondary healthcare systems, and makes a series of recommendations around specific self-care interventions in antenatal, intrapartum and postnatal care, family planning – including that daily and emergency contraceptives should be made available OTC – and in relation to non-communicable diseases like cardiovascular disease and diabetes.

“The provider-to-client model that is at the heart of health systems must be complemented with a self-care model through which people are enabled to make active, informed health decisions to promote health, prevent disease, maintain health and cope with illness and disability with or without the support of a health worker,” argues WHO director general Dr Tedros Adhanom Ghebreyesus, in the guideline’s preface.

“Many health issues can already be diagnosed and managed through self-care interventions, and the list continues to grow,” he adds.

The need for “further data and rigorous research” to “ensure a strong evidence base to promote the introduction, use and scale-up of self-care interventions,” is a key point also stressed by the guideline, for example by the WHO’s chief scientist, Soumya Swaminathan.

“We urgently need to identify innovative research methodologies to better understand self-care and how it fits into individual, community and national-level healthcare,” Swaminathan explains.

This is certainly an area where El-Osta is contributing, having set up the first academic self-care research center at one of the UK’s most prestigious universities, and having also published the widely used “Self-Care Matrix” research tool. 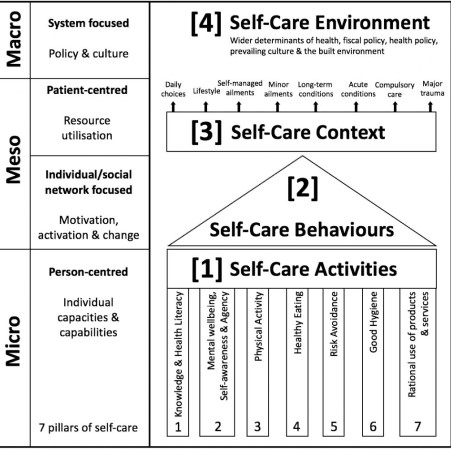 In an academic research paper outlining the Self-Care Matrix, El-Osta and colleagues – including the former Global Self-Care Federation director general and International Self-Care Foundation creator David Webber – find a dearth of suitable models to support the conceptualization of self-care.

Whittling thousands of publications down to 44 papers that were found to pertain to self-care models, frameworks, concepts or theories, El-Osta and colleagues identify various key “themes and domains of self-care” which can be “naturally grouped” under four dimensions of self-care: (1) Self-Care Activities, (2) Self-Care Behaviours, (3) Self-Care Context, and (4) Self-Care Environment.

These four dimensions are then mapped against different “levels of focus” – micro, meso and macro, each with their own perspectives (person-, patient- and system-centered) – to produce a logical framework covering all aspects of self-care upon which interventions can be based, developed and measured.

“The Self-Care Matrix signals a new point of departure for self-care thinking and can be used as a common ground between all stakeholders interested in advancing the study, practice, development, commissioning and evaluation of self-care initiatives in the contemporary setting,” the authors conclude.

The pandemic has also boosted the emerging self-care movement, El-Osta noted, as well as interventions from adjacent organisations like the GSCF.

“The pandemic has made the absolute case for self-care,” he reflected, “because that's all we could do at the time to flatten the curve, through risk avoidance, good hygiene practices, and activating wellness generally, until safe and effective vaccines become largely accessible.”

“It was a signal moment,” he added. “People have always had the choice but many decided to rely more on themselves during the pandemic by practicing self-care. It may sound cliché, but our reliance to the self has never been greater, and how we engage with our health services will never be the same again.”

“Shortly after the pandemic started, and practically overnight, a lot of people suddenly started acting like they are experts in public health and this led to a lot of misinformation,” he continued. “That’s not very helpful – what the world really needs is for people to become more expert in how to self-care, instead of giving public health advice to others.”

With regards to the GSCF, El-Osta was keen to stress both dialogue and independence between the industry association and the more research-oriented projects he is involved in.

“We're not pushing a specific agenda at SCARU,” he said. “The Unit is supporting the self-care movement by promoting thought leadership and academic output in the self-care space – and it’s a vast space precisely because self-care is so cross-cutting. SCARU is just one piece of the puzzle.”

With industry associations like the GSCF, there's an understandable agenda in promoting use of OTC medicines, dietary supplements and self-care medical devices, El-Osta pointed out.

“And that's great,” he added. “The rational use of products and services is one of the most important pillars of self-care. SCARU is looking at this and the other pillars because they are each important in their own way.”

To coincide with the launch of its wide-ranging report on the state of self-care, the Global Self-Care Federation is calling on governments, policymakers and other stakeholders to work towards a World Health Organization resolution on self-care.

Nevertheless, at the most fundamental level, at the level of the self-care movement, the work of these organisations is complementary, he argued. “We need many stakeholders to exist, and to talk to each other, which we are.”

El-Osta said he was also pleased to see the publication of the GSCF’s Self-Care Readiness Index, which the organization describes as a “pioneering report” into the state of self-care in 10 countries around the world.

Accompanying the publication of the Index is a call for a “global compact” that would pave the way for a future WHO resolution on self-care.

Asked how likely he thought such a resolution would be, El-Osta said “it’s very likely.”

The work that the GSCF is doing, alongside that of the ISF, SCARU and other stakeholders is laying the groundwork for such a resolution, he argued. “In a sense, I feel it's difficult to imagine not having one in the future.”

As for how long it might take to materialize, El-Osta predicted three to five years.

In general, it makes sense to think of 2030 as a time-frame for large-scale self-care interventions, he continued, with the WHO’s 2030 Agenda – which “sets out universal health coverage as an overarching theme and places greater emphasis on interaction with the social, economic and environmental dimensions of sustainable development” – and also SCARU’s own project in the pipeline.

“What would the world look like in 2030? And what does that mean for self-care?” El-Osta asked, rhetorically. “And what will help us get there?”

El-Osta didn’t want to reveal much about SCARU’s own horizon scanning project, which would be a collaboration with Self-Care Forum UK and the International Self-Care Foundation. But he said that it would be published in the first quarter of 2022.

At the core of this report would be a roadmap to the future, with some “actionable insights” presented in an accessible, graphic form, he said.

“I think that this decade is going to be seen as the decade of self-care,” he continued, changing the subject. “There is a movement now.”

“And that movement is picking up momentum,” he insisted. “Self-care is the oldest type of care and it’s again being taken more seriously by individuals from all walks of life, including policy makers and health systems the world over.”

“We’re so lucky in the modern age to have access to so much technology and medicines,” he concluded. “Yet the world is suffering from a staggering rise in so called ‘diseases of the lifestyle’ like type 2 diabetes and obesity, and self-care will be the critical answer to tackling these diseases now and in the future.”