Denver firm recently announced self-affirmed GRAS for proprietary hemp-derived CBD extract. “I have access now to food, beverage and I can add to a dietary supplement my extract as a food additive ingredient,” says CEO Jason Mitchell. While GRAS is a US regulatory pathway for food, currently none is available for lawful use of hemp-derived ingredients in supplements. 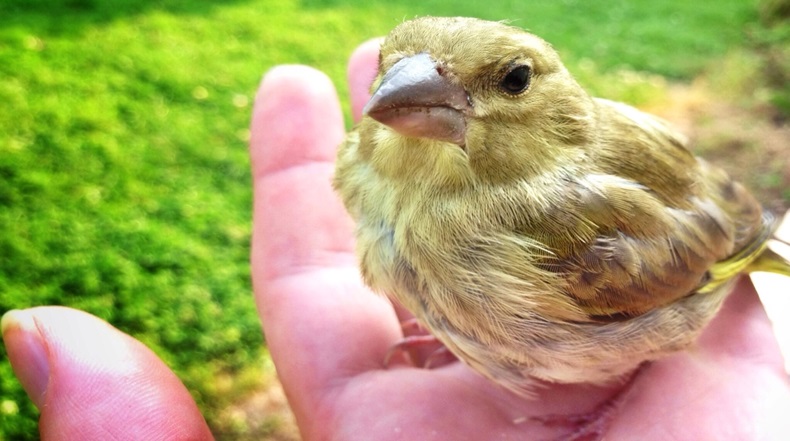 HempFusion Wellness Inc.’s approach to US regulatory clearance for using hemp in food and dietary supplements adheres to the adage, a bird in the hand is worth two in the bush.

The producer and marketer of hemp-containing brands HempFusion, Sagely Naturals, Apothecanna and Probulin Probiotics also could amend the adage to say, have a bird in the hand while ready to hold the second, too.

“I have access now to food, beverage, and I can add to a dietary supplement my extract as a food additive ingredient,” said HempFusion co-founder and CEO Jason Mitchell.

With self-GRAS in hand, the second bird for HempFusion is a new dietary ingredient notification for CBD. But while self-GRAS has a regulatory pathway, currently there isn’t one for lawful use of hemp-derived ingredients in supplements.

The Food and Drug Administration, currently allowing sales of food, supplements and non-drug topicals containing hemp under enforcement discretion, has rejected previous NDI notifications for hemp-derived substances. In addition to advising the NDIN submitters that hemp isn’t accepted as dietary ingredients because substances derived from the plant have been approved as drug ingredients in the US and prior to that were studies for use ad drugs, the agency noted concerns about the ingredients’ safety for their intended use in supplements. (Also see "NDI Notifications For CBD ‘Excluded’ On Arrival But US FDA Still Explains Where Safety Evidence Fails" - HBW Insight, 11 Aug, 2021.)

Still, HempFusion is ready to grasp the second bird with an NDI notification prepared to submit to the FDA. Mitchell told HBW Insight the firm will wait until the FDA, through authorizing legislation or its own rulemaking process, opens a door for lawful use of hemp ingredients in supplements. (Also see "By De-scheduling Hemp, Farm Bill Sowed Disagreement On Which Ingredients Qualify" - HBW Insight, 6 Sep, 2021.)

“I'm already prepared, my NDIN is already fully offered. I'm not going to submit it for obvious reasons … because the FDA will just reject. They have to they have to by law,” said Mitchell, a naturopath doctor who was chief science officer for supplement firm Country Life for nearly 15 years until moving to the hemp and cannabis space in 2013.

And, should the FDA allow lawful use of hemp ingredients in supplements, HempFusion is ready with more than an NDIN, beginning with compliance with good manufacturing practice regulations under the Food, Drug and Cosmetic Act, or Code of Federal Regulations Title 21

“We have to make sure based on all the state-by-state hemp laws as well to follow 21 CFR because we are a fully GMP-compliant company registered with the FDA,” Mitchell said.

“We're fully registered, we have to make sure that every manufacturing run is done correctly. That's why we triple check our oil with three different labs and testing every single batch to make sure that our products are always made within the constraints they need,” he added.

Without an NDIN submitted to and filed by the FDA, HempFusion currently offers hemp in its products as food ingredients.

“We've always contended that our ingredient, our raw material is a food. We've never suggested that it was anything other than that and … is what we've marketed since day one,” Mitchell said.

HempFusion also is working for regulatory clearance to market hemp-containing food in the UK.

“We have supplied all that information to the Food Standards Agency in the UK. … We're not rejected. We're in the final stages of validation,” Mitchell said.

Prior to sales in the UK. CBD food products, which include supplements, must be authorized by the Food Standards Agency through a pre-market safety assessment; the European Food Safety Authority conducts pre-market assessments for products available in in other European countries.

The UK agency's chief in December said  manufacturers of CBD and other cannabinoid supplements currently going through the FSA's novel food assessment process face a wait of up to two years before their products can be authorized for sale. (Also see "Authorized CBD Products In UK Could Be Another Two Years Away" - HBW Insight, 17 Dec, 2021.)

The agency hopes to commence the crucial safety assessments of validated applications during early 2022, companies selling CBD in England and Wales are unlikely to have legal certainty any time soon that their products can remain on the market in the long term.

HempFusion currently uses its hemp ingredients in its own brands. If regulatory clearance is made for hemp in non-drug products subject to the FDA’s regulatory oversight, it’s ready to provide ingredients to other firms.

“I'm still not going to step on the toes of the FDA until we can come to some agreement where they feel comfortable because I respect their healthy question of safety. It's my job as a brand owner to go to market with something we call safe. Do I have intentions of providing this raw material to brands that I see fit to work with? Yes,” Mitchell said.

Offering hemp ingredients as food didn’t start when HempFusion was ready to label its products.

“My doctoral dissertation is on whole food nutrition. I never believed in hemp is just a process of getting CBD. I believe it has this resource for protein, fiber, omega fatty acids, cannabinoids, terpenes. So many different things. It is really a conglomerate of food, and so GRAS affirmation was the route that I took,” Mitchell said.

HempFusion was using its CBD in its brands before publishing a self-GRAS. Numerous other companies also are using hemp-derived cannabinoids in food and supplements, as well as in non-drug topicals, but only two other firms in the space also have published their own self-GRAS affirmations while many others dubious GRAS claims based on research by unrelated businesses.

“There are other companies that have claimed self-GRAS using other people's data, and I'm here to tell you in the FDA’s eyes that will never fly,” Mitchell said.

“It's not easy. That's why there's only three brands that have done it. CV Science did it a couple years ago. I think they did it too early,” he said.

With Charlotte's Web GRAS announcement in March 2020, “nobody heard it because, it's like a tree that falls in the forest and nobody's there doesn't make a sound. I mean, you had COVID everywhere. Nobody heard it,” he said.

On the NDIN front, Mitchell’s impressed that one of FDA’s key concern about hemp ingredients in non-drug products is toxicity. Results from testing in GW Pharmaceuticals PLC's new drug application for a purified cannabidiol drug, Epidiolex, approved in 2018 confirmed agency officials concerns about toxicity in hemp.

“Huge variations of safety could potentially be there, and you see that most prominently in the work done by GW. Their genotoxicity showed clearly there was liver toxicity, clearly there is reproductive toxicology issues,” Mitchell said.

“As a result, you can't just assume that all CBD is equal because there is a varying number of other compounds, compositional makeup of these oils, by percentage that have impact, a fatty concentration, lipid concentration could affect see.”

Particularly due to toxicity testing, HempFusion opted for a a long-term strategy to prepare its CBD NDIN.

Charlotte’s Web’s NDIN for a cannabinoid dietary ingredient that the FDA rejected in 2021 provides some guidance on what it will take for the agency to file, or accept, a hemp ingredient NDIN.

“Now that I've seen their NDIN rejection by the FDA, I see now why they got rejected because there were some holes in their data. When we submit our NDIN, we'll have some questions that we'll have to answer. They don't accept an NDIN on face value, very rarely,” Mitchell said.

Following the FDA’s decision on its NDIN for a full-spectrum hemp extract CBD, Charlotte’s Web stated during an earnings briefing in August that the notification and receiving the agency’s response were needed to show both the FDA and Congress that a regulatory pathway must be made available for lawful use of hemp-derived cannabinoids in supplements. (Also see "After US FDA Objects To CBD Safety As NDIs, Supplement Industry Responds, What Else Is New?" - HBW Insight, 13 Aug, 2021.)

Moreover, FDA officials have repeatedly said the agency has little in the way of good information, particularly about safety in hemp-derived cannabinoids' use in myriad products already available to consumers without a requirement for pre-market approval. The potential for safety problems is exacerbated by hemp being used in multiple types of non-drug products consumers may commonly use daily or more frequently. (Also see "FDA Action Items For CBD Policy? The List Is Short Due To 'Critical' Data Gaps " - HBW Insight, 20 Jan, 2020.)

Authorized CBD Products In UK Could Be Another Two Years Away

After US FDA Objects To CBD Safety As NDIs, Supplement Industry Responds, What Else Is New?