A recent randomised clinical trial found a four-strain cocktail of probiotics sped up recovery from COVID-19, as well as from related symptoms. Academics at a university in London, UK, suggest this is evidence of the "gut-lung immune axis." 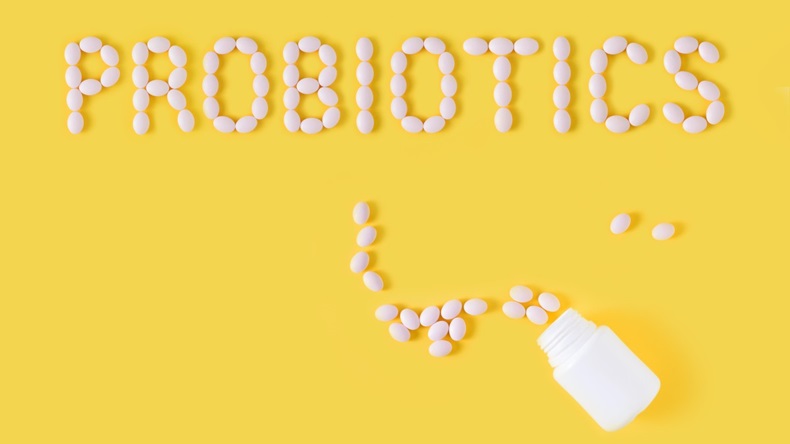 Researchers in Mexico have found that people taking a cocktail of four probiotic strains recovered more quickly from COVID-19 than those who took a placebo.

Published in the peer reviewed journal Gut Microbes, the results of a randomized clinical trial found that the 78 participants (53.1%) in the probiotic group achieved complete remission – i.e. complete symptomatic and viral clearance – on day 30 compared to only 41 (28.1%) in a placebo group.*

The product used in the study was the AB21 probiotic, manufactured by Spain's AB-Biotics S.A., who also funded the research.

“These encouraging results are some of the first to show that probiotics could help our immune system fight off COVID,” commented University College London researchers Paul Gill and Andrew Smith, writing about the study in The Conversation.

“The authors suggest that probiotic supplementation could help people recover quicker,” they continued. “This could reduce the self-isolation periods currently imposed on infected people in numerous countries throughout the world.”

Gill and Smith, who weren’t involved in the study, pointed to the idea of a “gut-lung immune axis” to explain the encouraging results.

“The theory is that immune cells exposed to probiotics in the gut could be activated by these bacteria and then travel to the lung upon infection,” they said. “In COVID, these would be B cells – the white blood cells that produce antibodies. They could be 'primed' in the gut to go on to produce more antibodies when they encounter the virus in the lung or nose.”

However, Gill and Smith warned that more studies are needed to validate the results of the Mexican research before probiotics can be properly considered for treating COVID.

“Clinical trials using probiotics to treat disease often produce varying results, as the effects of probiotic bacteria on immune cells may be highly specific to the bacteria used,” they said. “Trials must also be performed in different groups of people to see what effect the bacteria have, as we know that COVID is more severe in some than others.”

Two major ]limitations of the Mexican study noted by the researchers were the exclusive Hispanic ethnicity of all participants, and that they were all recruited in the same place.

“Hispanic ethnicity has been associated to higher mortality in COVID-19,” the researchers pointed out. “In our study, viral and symptomatic clearance in the placebo group were markedly slower than in similar trials where Hispanic subjects accounted for 50% or less of the study population.”

Also, no patients older than 60 years old were included in the study. “The consistency of the effect across age sub-populations suggests the effects of this probiotic are not limited to young adults, yet additional studies in older populations are warranted,” the researchers suggested.

Nevertheless, Gill and Smith were excited by the results, particularly given the likelihood that the coronavirus will not disappear, but rather become endemic.

“COVID will likely remain highly prevalent in the world for the foreseeable future,” they concluded. “Probiotics have the potential to become a useful tool in our fight against the disease.”