Despite the restrictions on daily life due to the pandemic, 2021 was still a great year for consumer health product marketing, with brands and their agencies devising innovative ways to reach UK consumers. Here we look at HBW Insight's top-10 most read UK marketing stories of 2021, revealing those launches, campaigns and trends which grabbed the attention of readers last year. 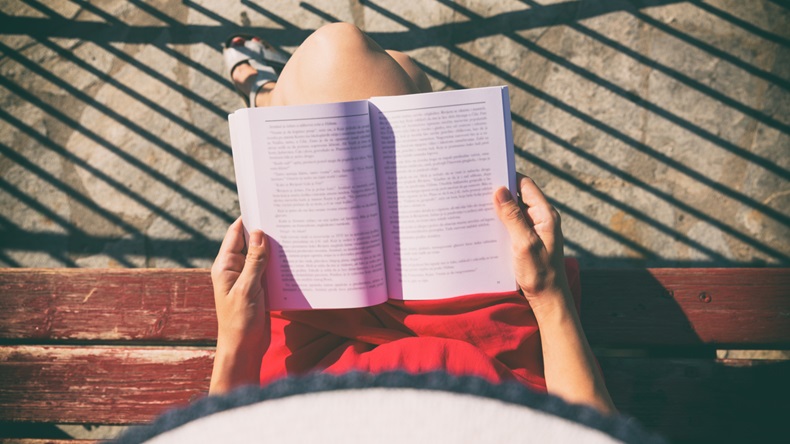 Achieving tenth place on our list is Supra Enterprises and its successful relaunch of the Drapolene brand of antiseptic creams.

Shortly after gaining the rights to distribute Drapolene Cream in the UK, Supra repackaged the range – which includes 100g, 200g, and 350g sizes of the 4-in-1 cream – and relaunched the brand with a new website. 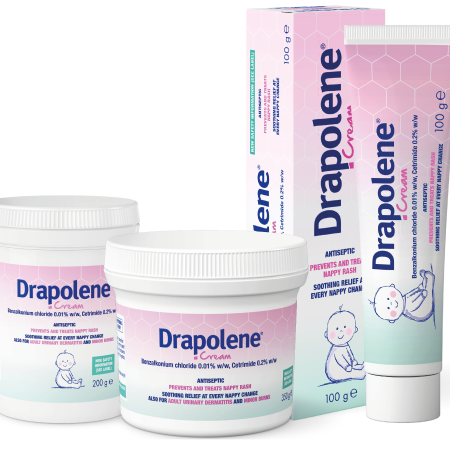 The Drapolene brand had undergone an “evolution in its approach to its customers,” the firm told HBW Insight, with a “significant update in its packaging and communications to reflect the needs of today's parents treating nappy Rash and seniors who suffer with sore skin caused by incontinence.”

Supra supported the relaunch with a digital marketing campaign, including Facebook and Instagram social media activity, designed to draw attention to the brand’s range of uses and the claim that Drapolene is the “only product for either nappy rash or urinary dermatitis to be able to make a 4-in-1 action claim (prevent, treat, soothe, protect).”

Supra’s work was recognized by judges at the OTC Marketing Awards 2021, securing Drapolene the trophy in the OTC Brand Revitalization of the Year category. Drapolene was also highly-commended in the Best OTC Packaging Design category.

The video at the heart of the campaign featured arresting caricatured eyes – watery, itchy, puffy and bloodshot – to show how Optrex ActiMist could help hay fever sufferers get fast relief.

Designed with “highly targeted and contextual adaptation at its heart,” according to Reckitt, the campaign ran across a range of digital and social platforms through the summer months.

A partnership with creative management platform Ad-Lib.io enabled Reckitt to quickly adapt the campaign and its targeting in response to a number of variables, including pollen count and weather, or to reflect news, cultural events or trending topics.

The campaign – created by Havas London, Zenith London, RB Studio (Oliver) and Ad-Lib.io – was nominated for the Best OTC Social Media Campaign at the OTC Marketing Awards. Optrex was also shortlisted for the Best OTC Performer Outside Pharmacy award.

GlaxoSmithKline Consumer Healthcare tapped into the growing preventative healthcare category in the UK with the launch of Otrivine Natural Daily Nasal Wash in September. 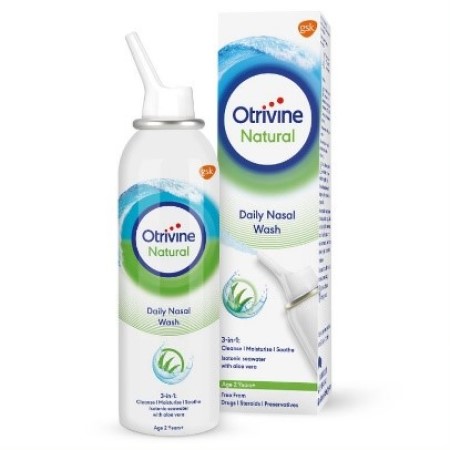 The latest extension to GSK’s Otrivine decongestant brand, GSK said it had created the product to provide a natural option for consumers looking to support nasal health by washing away pollutants and allergens.

“Consumers are increasingly adopting a proactive interest towards managing their health, as they prioritize looking after their well-being through self-care,” commented Otrivine brand manager Imogen Preston.

GSK’s Otrivine brand – which also includes products for congestion relief and sinusitis – was shortlisted for an OTC Marketing Award in the Brand Revitalization of the Year category.

Netherlands’ Rosesta Medical BV expanded its FERTI·LILY brand in 2021 with the launch of a conception aiding lubricant gel.

FERTI·LILY Conception Gel offers couples trying to conceive lubrication that does not harm sperm survival, according to the company.

While standard lubricants were detrimental to sperm function, Rosesta claimed, FERTI·LILY Conception Gel is “isotonic, has a pH that is friendly to sperm survival and mimics the properties of the fertile fluids.”

The product is positioned for use with Rosesta’s FERTI·LILY Conception Cup, a European Union CE-marked medical device first launched in the UK in 2019.

Reckitt’s second appearance in the top-10 is for a digital marketing campaign which aimed to “take the guesswork out of skin care.”

Created to promote its E45 brand, Reckitt’s campaign showcased the individual stories of British consumers with skin conditions in a series of films shared on social media.

“The stories focus on various everyday challenges faced by their skin – whether it be at work, exercising or during their favorite hobby – and how they use E45 to help them overcome them,” the company told HBW Insight.

As well as E45 staples, such as the Cream and Lotion products, the videos also highlighted for the first time the Specialised Treatment range, including the Eczema Repair, Dermatitis and Itch Relief lines.

With Reckitt recently agreeing a deal to divest E45 to Sweden’s Karo Pharma it will be interesting to see how the new owner decides to promote the brand in 2022. (Also see "Reckitt Sells Skin-Care Brand E45 To Karo In £200m Deal" - HBW Insight, 5 Jan, 2022.)

Bayer Consumer Health tapped into the digital health trend and secured a UK first in 2021 with a campaign for its Berocca Boost effervescent vitamin and mineral supplement.

The firm’s “actionable audio ads” for Berocca were the first of their kind among UK FMCG players, Bayer claimed, allowing consumers listening to the radio through their Amazon Echo to buy the supplement with a voice command.

“The personal and connected nature of smart speakers enables ads to be carefully targeted, while contextual data such as the time of day, day of the week and weather further hone relevance and accuracy,” Bayer commented.

Bayer Consumer Health’s marketing director Vicky Keenan said it was “exciting to be the first FMCG brand to embrace this innovation and to set the tone for tomorrow’s radio advertising.”

“With e-commerce proliferating and voice commerce a rapidly emerging channel, we looked to audio as increasingly effective, especially when everyone is spending so much time at home,” Keenan explained. 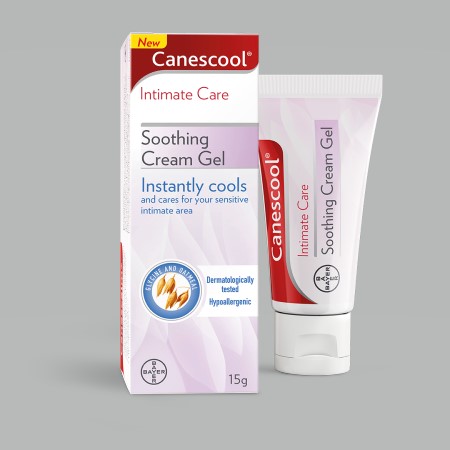 The latest extension to the firm’s established Canesten anti-fungal brand, Canescool is targeted at young British women looking for symptomatic relief from vaginal dryness and irritation.

“We are delighted to bring Canescool to the UK market – our first product targeted at young women not seeking to treat an actual condition, but looking for symptomatic relief and instant cooling and moisturizing,” commented Mamta Saini, Bayer’s senior brand lead for Canesten.

Bayer supported the launch with purely digital activity which ran until the end of the year, and included social media advertising via Snapcat and TikTok, and an Instagram-led influencer program designed to be “humorous, slightly quirky and very inclusive.”

Canescool was also promoted through interstitial advertising – interactive, full-screen ads that cover the interface of their host app or site – and e-commerce content to help with conversion.

Bagging a top-three spot is GlaxoSmithKline’s launch of a wearable knee brace, which coincided with the 20th anniversary of its Voltarol pain-relief brand.

The launch of VoltActive – Voltarol’s first venture into the wearables category – “taps into the demand for drug-free remedies and is a huge development in the brand’s history,” GSK said at the time. VoltActive is proven to relieve knee pain, reduce irritations and swellings (post-traumatic, postoperative and chronic) and support joint mobility, according to the firm.

To support the roll-out of VoltActive, and to promote the wider Voltarol range in its 20th year, GSK spent £8.3m ($11.6m) on a 12 month-long marketing campaign, titled “More Than Movement,” which ran across traditional and digital media.

This included “refreshed” Voltarol advertisements across radio, digital display and social media channels. One of these new creatives featured a grandpa reminiscing about his motorcycling days, while rubbing his knee. After reaching for his tube of Voltarol Joint Pain Relief Gel, he decides to rebuild his old bike, adding a sidecar so he can take his granddaughter out with him.

The campaign earned Voltarol five nominations at the OTC Marketing Awards, and helped it to win the Brand of the Year category.

News of Teva’s first ever Rx-to-OTC switch in the UK was the second most popular marketing story published by HBW Insight in 2021.

The Israeli generics giant entered the growing erectile dysfunction category with the reclassification and launch of Liberize, which contains the same 50mg Sildenafil citrate per tablet as Viatris’ market-leading Viagra Connect.

Teva set up a dedicated website for the brand – www.liberize.teva – to support the launch and provide tips to those men “who are doubting themselves or are caught in a vicious cycle around performance anxiety in the bedroom.”

Teva chose not put the kind of big budget TV advertising behind the launch that we’ve seen from Viatris, instead opting to use social media and search engine optimization (SEO) tools to help consumers find Liberize when searching online and to profile the brand’s emancipating ethos.

“The whole ethos of Liberize is to try to encourage all men to do something about their condition and empower them to feel okay about speaking about it with their partners,” explained brand manager Charlotte Cox.

“We want to help them to deal with the situation, empathize with them, show that they're not alone,” she added.

The most-read marketing story in 2021 focused on the biggest switch of the year in the UK which saw progestogen-only contraceptive pills approved for non-prescription sale.

Following the simultaneous switches of HRA Pharma’s Hana and Maxwellia Lovima – both containing 75mcg desogestrel – women in the UK were able to purchase daily contraceptive pills in the pharmacy without a visit to their doctor.

Maxwellia backed Lovima’s launch with TV, print and social media advertising, plus PR support. The TV campaign focused on the history of the pill and how the switch marked its “liberation.”

Meanwhile, HRA supported the launch of Hana with significant above-the-line media investment, including digital advertising and a television ad which highlighted how the product gave women with busy lives a more straight forward option to access contraception.

Both firms also developed pharmacy training programs to support pharmacists in ensuring their product was appropriate for the consumer.

Maxwellia’s work with the Difference Collective earned Lovima the Best OTC Public Relations Campaign for a Consumer Healthcare Product trophy at the OTC Marketing Awards, while HRA’s Hana took home the awards for Best OTC Packaging Design and Brand of the Year.