FDA says Science Board, “utilizing cannabinoids as a case study,” will consider challenges in evaluating safety of “ingredients with predicted pharmacological activity” used in supplements and food. Other ingredients also used in supplements and food also could be on its radar, but for good reason cannabinoids are focus of Science Board discussion. 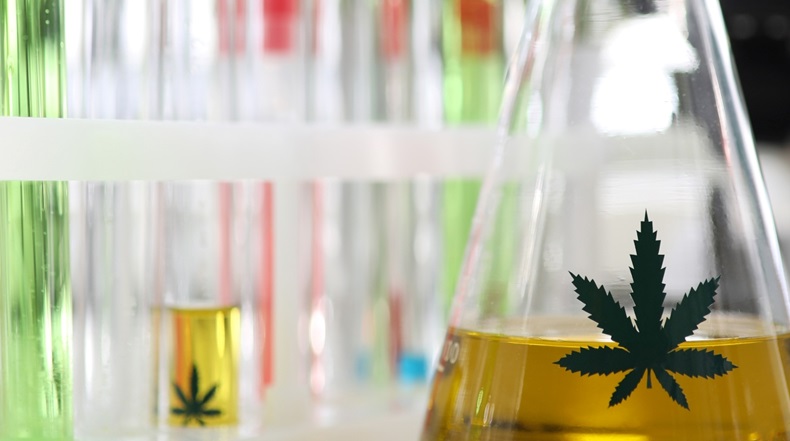 The US Food and Drug Administration will ask advisors about evaluating the safety of dietary supplements and food containing cannabinoids more than three years after it opened a window on allowing a regulatory pathway for the ingredients’ lawful use in those products.

A Science Board meeting on 14 June also will come after the FDA opted to keep open indefinitely a docket for comment on hemp and cannabis ingredients’ safety and with Capitol Hill interest waning in passing legislation authorizing lawful use of hemp in supplements as members focus on defense, pandemic and economic issues as well as on re-election.

Cannabinoids which stretch the definition of hemp as a de-scheduled substance under the 2018 farm bill also are in the background for the FDA’s request for advice from its Science Board. Among those is detla-8 tetrahydrocannabinol, which is not only widely available but a crucial revenue driver for firms providing hemp ingredients for myriad products available online and in stores large and small across the US.

In an 18 May notice for an online meeting, the FDA stated that the board, “utilizing cannabinoids as a case study,” during a meeting conducted online will consider challenges in evaluating the safety of “ingredients with predicted pharmacological activity” which are used in supplements and food.

Other ingredients used in supplements and food available in the US also could be on the agency's radar for generating pharmacological activity.

Cannabinoids, though, are the focus of this Science Board discussion. And for good reason.

Hemp-derived ingredients already were available in some states in supplements, food and non-drug topicals before Congress de-scheduled the botanical in 2018 while sustaining the FDA’s regulation of the ingredients’ use in products subject to its oversight. Under FDA’s regulation, hemp ingredients, as well as derivatives from cannabis, still are unlawful for use in supplements and food because they’d previously been studied or approved as drugs.

Earlier in 2018, before hemp – defined as any part of the cannabis plant containing less than 0.3% delta-9 THC by dry weight – was de-scheduled and after the agency's first-ever approval of a drug that contains a substance derived from hemp, FDA officials had said cannabinoids are botanical dietary ingredients which wouldn’t be allowed for use in supplements or food. (Also see "It's Complicated: FDA Prohibits CBD In Supplements, Enforcement Priority On Disease Claims" - HBW Insight, 25 Jun, 2018.)

The Science Board also will hear about the agency’s work to:

Blanket enforcement discretion for ingredients meeting the farm bill definition of hemp, however, may have left the industry room to create problems for itself, or at least generate questions which complicate establishing lawful use.

Warning letters earlier in May to five US firms about unlawful claims for products labeled as containing delta-8 THC, the FDA’s first warnings about the ingredient, explained differences between delta-8 THC and other hemp-derived cannabinoids intended for de-scheduling as controlled substances in the farm bill. (Also see "First US Warnings On Drug Claims By Delta-8 THC Supplements Also Describe Safety Concerns" - HBW Insight, 4 May, 2022.)

But with delta-8 ingredients meeting the bill’s definition of hemp as any part of the cannabis plant containing no more than 0.3% delta-9 THC by dry weight, proponents contend supplements and other products containing the ingredients aren’t in violation of US law. (Also see "Hemp Ingredient Filter Recommended Before Lawful Use Allowed In Supplements In US" - HBW Insight, 5 Dec, 2021.)

Before some firms pushed the farm bill envelope with varieties of cannabinoids as well as by offering hemp ingredients in products, including food and lotions, unanticipated in the farm bill provision de-scheduling hemp, the change already had created a conundrum for the FDA: regulating the manufacturing and sales of products containing unlawful ingredients.

At the tip of the conundrum for the FDA is the question about the safety of using hemp ingredients in non-drug products as prevalent as candy and sodas in stores and online.

FDA officials have not been hesitant about reminding the hemp industry and other stakeholders that the agency has precious little data about the safety of cannabinoids, most commonly the cannabidiol variety, in supplements as well as in non-drug products subject to its regulatory oversight.

The agency, as stakeholders far and wide have, must have realized asking for study data about hemp raised another conundrum. That’s because until the 2018 farm bill de-scheduled hemp, research about is use was as rare as the data the FDA now requests so it can determine whether supplements containing cannabinoids are safe and their use in those products can become lawful rather an allowed under enforcement discretion.

The hemp and supplement industries have acted to deliver data since the research gate opened. The information the FDA could consider, three years after opening a docket, which was four months after hemp was de-scheduled, could include the US Hemp Roundtable’s recently completed two-phase study of 1,061 subjects showing oral CBD has a robust safety profile. (Also see "Hemp Roundtable Says Safety Study Data Should Convince Congress On Lawful CBD Use" - HBW Insight, 17 May, 2022.)

The FDA undoubtedly is aware of post-2018 research results.

The advice the agency’s asking from its Science Board indicates its reached another layer of the conundrum: how does it evaluate the safety of ingredients with predicted pharmacological activity used in supplements and food?

Asking the board for advice on “evaluating the safety of dietary supplement and food ingredients with predicted pharmacological activity, utilizing cannabinoids as a case study” could signal that the FDA now may consider its hemp and cannabis safety data cabinet more half full than half empty.

The agency intends to make background material available, docket FDA–2022–N–0001, no later than two business days before the meeting.

CBD Could Be Only Hemp Allowed For Use In Supplements In US, House Appropriators Suggest

People On The Move: Appointments At CRN UK, EMA, Boots