The fourth session of the AESGP 58th Annual Meeting in Madrid, Spain, focused on the use of advertising for responsible self-care. GSK Consumer Healthcare's general manager for Northern Europe, Jonathan Workman, argued that responsible advertising should start with “what people need, what people want.” Supporting Workman’s case for prevention-focused advertising, IPG Heath’s Zahid Siddique drew on his experience as both a marketing expert and pharmacist to show how consumer health campaigns can have positive impact on people’s lives. 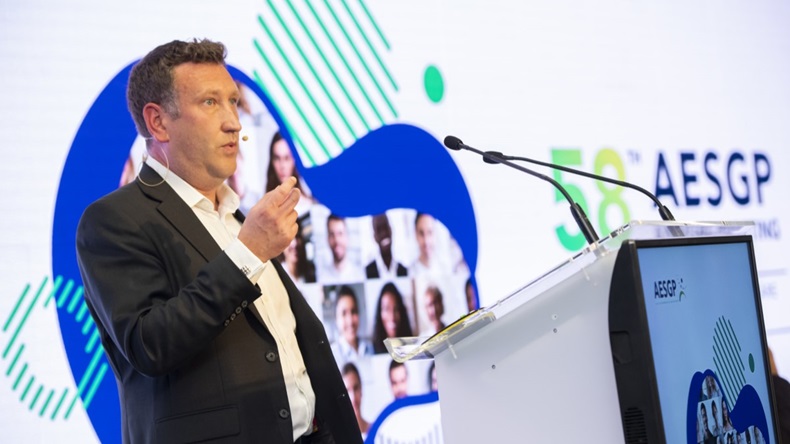 Advertising should start with “what people need, what people want,” he advocated during the final session of the Association of the European Self-Care Industry’s 58th Annual Meeting in Madrid, Spain.

In the past, so much advertising has been focused on sales and on a particular brand or its health benefits, he continued.

“One of the things that we're starting to do at GSK Consumer Healthcare – soon to be Haleon,” he added, “is really making sure that we're looking more at the everyday health need versus just a health condition.”  (Also see "EU Business News: GSK Consumer Gets New Name, Navamedic Strikes Ipsen Deal, Enzymatica Optimistic After Tough Year" - HBW Insight, 24 Feb, 2022.)

That means also doing “brand agnostic” advertising, he suggested, which he explained is advertising that does not forefront a particular brand or may not even reference the brand it is associated with at all.

“It's an arresting asset,” Workman reflected, noting that it started a conversation that GSK took to COP26, the Conference of the Parties sustainability meeting held in Glasgow, UK, last year.

“But the beauty is when you turn it into education,” he explained. “We put it in place in a school’s program in the UK and Poland in which we talked to 5,000 primary school children. We turned them into detectives walking around analyzing the air pollution using pollution monitors.”

Worryingly, Workman said, GSK found that the majority of those 5,000 children were being exposed for longer than the maximum safe exposure levels, rendering them vulnerable to adverse health effects.

What makes this kind of engagement more than just advertising, he said, is the behavioral change that it results in. “We've increased people's knowledge about air pollution and how they can reduce their exposure to it.”

Such examples of “prevention promotion” show how the consumer healthcare industry's campaigns can play a valuable role in educating people, he said, increasing health literacy and encouraging people to self-care responsibly.

Echoing a point made by Reckitt’s head of product sustainability and stewardship, Oliver Price, in an earlier session, Workman said that proactive approaches to behavior change are crucial for industry to get ahead of incoming regulation.


“If we don't do it now, I fear legislation will lead us and we definitely don't want that,” he warned.

And like Price, Workman advocated for an industry-wide approach to sustainability, led by the AESGP.

Supporting Workman’s case for prevention-focused advertising, IPG Heath’s Zahid Siddique drew on his experience as both marketing expert and pharmacist to show how consumer healthcare campaigns can have a unique and positive impact on people’s lives.

“When you look at the research and the studies that have been published, when consumer health marketing is done correctly, it actually has a phenomenal impact on our communities and on individuals, and can improve for health outcomes drastically,” he explained.

These are campaigns that raise awareness about how women can access healthcare around contraception, while also breaking down those barriers and stigmas attached to the category, he pointed out.

Away from women’s health, and linking to Workman’s point about brand-agnostic marketing, Siddique also noted Reckitt’s recent campaign for Nurofen.

“It had nothing to do with the pill,” he explained. “The campaign was all about connecting with patients who suffer from pain, and talking about how they can manage their pain beyond the pill, which is a really interesting concept.”

Most of the time, consumer health advertising is all about the product, its benefits, its mode of action, he continued. This campaign, by contrast, speaks to the consumer about how Reckitt understands their plight as chronic pain sufferers on a day-to-day basis.

A particularly innovative aspect of Reckitt’s campaign strategy was using music to help take people’s minds off their chronic pain.

Reckitt launched a Spotify track, drawing on both music and medical experts, as well as clinical psychologists, “tapping into the power that music can have on all of us in improving our health and wellness,” he said.

For Siddique, what these examples show is that OTC advertising is “not all about the product, you can improve patient outcomes by connecting with them in a far more meaningful way.”

“Rather than us dictating what role our brands should play in the life of the consumer, we now have to earn the right to play that meaningful role, which means listening to our consumers, understanding what they really want, and putting them at the heart of our communications,” he concluded.

The final two speakers in the fourth session of the AESGP Annual Meeting outlined an effective form of industry advertising self-regulation that has been created in Spain.

Spanish self-care industry association, ANEFP, director general Jaume Pey recounted how in 2013, his organization had created a seal of approval for OTC medicines and medical devices advertising in the country, which a year later was endorsed by Spain’s Ministry of Health.

Initially a system of co-regulation, the Ministry of Health later withdrew from the process while retaining its endorsement, rendering it a truly self-regulating system in 2020, he explained.

As well as government collaboration in its initial stages, the rapid turnaround and error free operation of the process by ANEFP – currently one week and zero mistakes – has made this a “highly reputable and trusted” system for all stakeholders, he argued.

Crucially, ANEFP has secured legal “good faith,” he said, which means that if any errors were to arise, the Spanish regulators would not immediately resort to enforcement or a fine, but rather give the association the chance to work with its members to correct the error as soon as possible.

Not only does the Spanish self-regulation system work well for companies and regulators, Pey said it also maintains a high level of consumer confidence in OTC medicines, medical devices and (recently added) biocides advertising, where consumers can see the ANEFP seal of approval.

In future, Pey said that ANEFP would like to extend the system to food supplements as well, and deepen its links with healthcare professionals through agreements with regional governments, as in Catalonia.

AESGP Annual Meeting, Day 2 (Part 2): Can Regulation Be A Catalyst For Innovation?