Experts spoke with HBW Insight about potential impact on US contraceptive market from Supreme Court’s decision in Dobbs v. Jackson overturning its 1973 ruling in Roe v. Wade, which was upheld in 1992 ruling in Planned Parenthood v. Casey, stating a woman has a constitutional right to reproductive health services.

More than 60 years after daily oral contraceptives were made available Rx in the US, extending sales for the first time to OTC is proposed against a backdrop of political and judicial pressures potentially imposing restrictions on access to all birth control drugs.

“I think that in the wake of Dobbs, there's certainly a sense of panic across truly many different sectors in kind of the reproductive health space,” said food and drug regulation attorney Shoshana Golden, an associate at ArentFox Schiff LLP in Washington.

“I think it's really scary that because of this decision to overturn Roe, contraception is on the chopping block next, potentially,” said Elizabeth Ruzzo, founder and CEO of Adyn Inc., which provides advice and a test to help women choose the best birth control and avoid side effects.

Golden, Ruzzo and other business and regulatory experts recently spoke with HBW Insight about potential impact on the US contraceptive product market from the Supreme Court’s June decision in Dobbs v. Jackson (Mississippi) Women’s Health Group overturning its 1973 ruling in Roe v. Wade, which was upheld in 1992 ruling in Planned Parenthood of Southeastern Pa. v. Casey, stating that a woman has a constitutional right to reproductive health services. 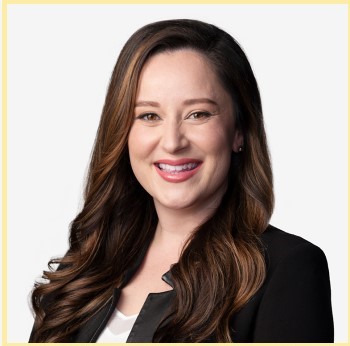 shoshana golden: "In the wake of Dobbs, there's certainly a sense of panic across truly many different sectors in kind of the reproductive health space.” Source: ArentFox Shiff

Several states, with majority conservative voters and lawmakers, responded by enacting “trigger” laws previously passed to quickly restrict access to abortion services in the event the High Court ruled that that the US Constitution doesn’t guarantee a woman’s right to abortion services nor prohibit states from regulating or banning the services.

Lawmakers in other conservative states quickly have acted to draft or approve laws restricting women’s reproductive rights while their counterparts in some Democrat-majority states have responded to protect access to abortion services.

Access to abortion drug mifepristone also is being challenged by some states, a stance pharma firms say is pre-empted by US Food and Drug Administration’s approval of the drug. (Also see "Mifepristone Restriction Suit Might Be Refiled In Another Court After GenBioPro Drops Challenge" - Pink Sheet, 22 Aug, 2022.)

However, access to all contraceptives was called into question by Justice Clarence Thomas in his concurring opinion in Dobbs vs. Jackson.

By Malcolm Spicer 24 Aug 2022 “I think the issue is whether it is going to have age restricted labeling, which would be a political issue rather than a medical issue,” says Susan Lavine Coleman, long-time OTC switch consultant. Read the full article here

Thomas, part of the six-member conservative majority in the Supreme court – including three justices appointed by former President Trump in his single term, wrote that he supports reconsidering Supreme Court decisions on privacy questions including the 1965 Griswold v. Connecticut ruling that a woman has a constitutional right to access contraceptives as well as the 2015 Obergefell vs. Hodges ruling requiring states to recognize same-sex marriages.

Ruzzo, motivated to found Adyn by her struggles with side effects from birth control pills before she found the formulation right for her, suggested judicial or political challenges to access to contraceptives appear to conflate necessary medicines with personal beliefs.

“It is truly medicine and should be treated as such,” she said.

“All because it's based on this right to privacy that underpins Griswold, also same sex marriage, interracial marriage, a bunch of other issues, that with Roe gone, those all are potentially at risk. It's a huge, potential setback for us and our freedoms that we've come to expect.”

For all that states already have done in response to Dobbs vs. Jackson, the regulatory dust has yet to fully settle, says Emily Leongini, a partner at ArentFox Schiff in Los Angeles.

emily leongini: “I think the kind of logical next step is, well, what might [states] do to either limit or expand access to contraception?" Source: ArentFox Schiff

“There's just so many unanswered questions about what are states going to do? How are they going to respond? And we've seen states take a wide variety of approaches related to abortion access,” she said.

“I think the kind of logical next step is, well, what might they do to either limit or expand access to contraception? Particularly in light of Justice Thomas's concurring opinion, can it point them into sources of political pressure and election-year politics – just the politics of it all?”

And the politics of it could touch the FDA’s consideration of HRA Pharma’s new drug application submitted in July for OTC sales of 0.075-mg norgestrel as a daily oral contraceptive. (Also see "US FDA Has 10 Months To Provide Answer On Perrigo/HRA OTC Oral Contraceptive Application" - HBW Insight, 11 Jul, 2022.)

Political pressure would potentially reach the FDA even if the NDA hadn’t been proposed within weeks of a Supreme Court decision, along with a concurring opinion, stirring discussion of restrictions on women’s rights to reproductive health products and services. (Also see "Allowing States To Ban Abortion Services Increases Calls For Making Birth Control Available OTC" - HBW Insight, 24 Jun, 2022.)

The task force will examine employers' policies and plans covering abortion and other reproductive services and related tax issues. The members also are specifically looking at the impact to businesses in the health care and pharmaceutical industries, such as hospitals, physicians, clinics, dispensers and manufacturers.

Leongini also works with clients on another area of food and drug regulations causing some consternation for the FDA, the use of cannabis and hemp ingredients in products subject to its oversight.  (Also see "If US Court Says Delta-8 Product Is Lawful And Trademark Valid, Will Federal Agencies Listen?" - HBW Insight, 19 Jul, 2022.)

While an OTC birth control NDA reached the FDA much more recently than its cannabis/hemp conundrum surfaced, Leongini had no doubt when asked which question the FDA will answer first.

“I have zero hesitation on that, OTC birth control. I’m not a gambling woman, but that one I feel pretty confident about.”

“Ostensibly, the FDA drug-approval processes, shouldn't be impacted. However, people are people and people can be politicized,” Golden said.

“That's kind of the great unknown, that there's nothing that should technically impact FDA approval, or nothing from data that flows out of Dobbs that should impact whether or not FDA approves OTC birth control. But if politics comes into play, that approval can nonetheless be impacted,” she added.

A representative for HRA declined to provide additional information about the NDA and about any response from the FDA.

Plan B Ordeal A Precedent?

There’s precedent for political pressure affecting the agency’s decisions on numerous drug proposals, including one specifically in the contraceptive category.

That history, concerning the FDA’s initial refusal before eventually following a federal judge’s order to allow actual OTC sales of levonorgestrel emergency contraceptives, could be repeated in a similar ordeal or the FDA, with other federal officials on board, could make a strictly science-driven decision on HRA’s NDA for a daily oral contraceptive branded Opill.

As advocates continued litigation to force allowing OTC sales to all consumers, the agency in 2011 moved to lift age restrictions but was overruled then-Health and Human Services Department secretary, saying the Obama administration was concerned about young girls’ access. However, Plan B and general equivalents as well as formulations with one 1.5-mg levonorgestrel became available OTC in 2013 when a federal judge, in one of multiple rulings in years-long litigation, ordered OTC sales for Plan B without age restrictions. (Also see "Court Ruling Compels Emergency Contraceptives Over The Counter" - Pink Sheet, 8 Apr, 2013.) 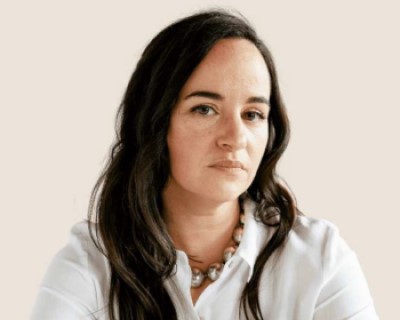 Elizabeth Ruzzo: "It's really scary that because of this decision to overturn Roe, contraception is on the chopping block next, potentially.” Source: Adyn

States also could be looking at imposing restrictions on sales of oral contraceptives.

“States will sometimes find ways to restrict access to drugs, especially in the reproductive health space, by regulating the practice of medicine itself as opposed to interfering, doing anything that might be might be deemed to be interfering with FDA authorities,” she added.

States’ restrictions on access to reproductive health drugs and services, as well as other medical care, will be challenged in litigation, by the pharma industry, consumers or by federal agencies.

“It remains to be seen how that will all shake out in the court. We've seen certain restrictions like that, where people choose to regulate the practice of medicine to sort of circumvent an issue of an accusation of interfering with FDA authority,” Leongini said.

She noted states’ attempts to limit doctors’ prescriptions for mifepristone, which was approved with an indication for termination up to seven weeks of pregnancy.

“There were certain states that said, ‘Well, for prescribers in our state, you are not permitted to prescribe for a person for any off-label use’,” Leongini said. Those states restricted access to the drug “in an ostensibly lawful way because they said ‘You, the prescribers, can't prescribe it for an off-label use’.”

“Whereas in other states where the practice of medicine was not regulated it in that way, you could potentially prescribe for a person for a later stage pregnancy because the doctor normally would be within their authority to prescribe a medication for an off-label use that they deem safe and appropriate for the situation.”

In this article, the related article linked above and two articles published on 23 August, HBW Insight reports on the potential for political influences on FDA's decision on allowing OTC birth control pill sales and for changes in access to birth control products in the US, or in states, following the Supreme Court’s decision in Dobbs v. Jackson (Mississippi) Women’s Health Group.

Opill AdCom Delay Not Unusual – Will Evaluation Of US OTC Switch Proposal Continue In The Norm?

If US Court Says Delta-8 Product Is Lawful And Trademark Valid, Will Federal Agencies Listen?