The Personal Care Products Council says industry needs more time to remove microplastic from sunscreen and other leave-on cosmetic products than the six years proposed by the European Commission in August.

The Commission’s draft restriction would give companies 12 years to reformulate makeup, lip and nail products without microplastic, recognizing the relatively high costs expected for those activities and the comparatively low contribution of those product categories to microplastic emissions.

However, other leave-on cosmetics would still have to be free of intentionally added, non-biodegradable microplastic within six years, as originally proposed by the European Chemicals Agency in January 2019. (Also see "ECHA’s Microplastic Ban Proposal Is ‘Brutally Misinformed’ – Cosmetics Europe" - HBW Insight, 19 Feb, 2019.)

“The proposed transition times for sunscreens and other leave-on products would not be sufficient for industry to meet the new requirements for these product categories,” says PCPC executive VP of global strategies Francine Lamoriello in comments submitted on 4 November. “We therefore urge the Commission to grant a significant extension to the proposed six-year transition time for these categories.” (Also see "Microplastic Must Be Gone From Makeup, Lip, Nail Cosmetics In 12 Years – EU Commission" - HBW Insight, 8 Sep, 2022.) 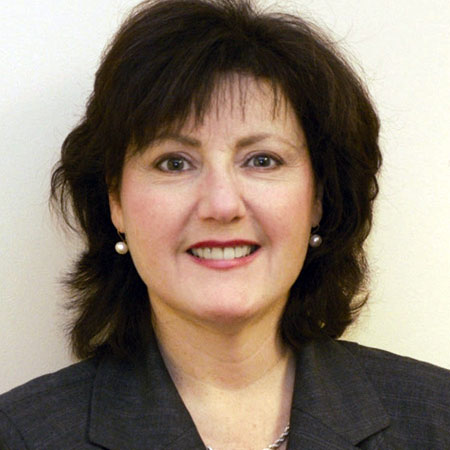 Addressing makeup, lip and nail products, PCPC continues to urge the Commission to exempt the product categories altogether. Short of that, industry asks to do away with the requirement for warning labels on such products containing microplastic, which would kick in eight years after enactment to encourage substitutions before the end of the transitional period.

Lamoriello states, “Even with significantly extended transition times, industry will be undertaking research and reformulation efforts with all due haste. And the loss of the EU market following the transition period is sufficient incentive for companies to expend all possible resources to achieve compliance. Warning statements at eight years would merely add costs to these already costly measures.”

In a 16 November interview, Lamoriello said that while industry is pleased that the Commission granted 12 years to phase out microplastic in makeup, lip and nail products, the Committee has failed to consider the enormity of the undertaking.

“Finding alternatives is going to be a very, very huge task.”

Compliance with the regulation will be “the most financially and resource-intensive” endeavor in the industry’s history, she said. Industry estimates some 23,000 products will have to be reformulated, while ECHA expects the microplastic restriction to cost the cosmetics industry up to €15bn ($15.6bn) over 20 years, representing nearly 80% of the restriction’s total cost across all affected sectors.

Cosmetics account for just around 2% of targeted microplastic emissions overall.

“While our industry is supportive of the overall objectives of the proposed restriction in microplastics, we remain concerned that the negative economic and commercial impacts would be largely borne by the cosmetics and personal care industry,” Lamoriello stated in the comments. “As presently drafted, the proposed restriction would cause serious economic harm to cosmetic and personal care products companies, along with a disruption to US-EU trade, without meaningful benefit to the environment.”

PCPC’s position is in line with its European counterpart Cosmetics Europe. In an interview late last year, the trade group’s director-general John Chave said the microplastic restriction was a test case for assessing the attitudes of EU institutions ahead of unfolding Green Deal initiatives, including the Chemicals Strategy for Sustainability. (Also see "Microplastic Will Test EU’s Green Resolve As Cosmetics Regulatory Revision Looms" - HBW Insight, 29 Nov, 2021.)

“What is the appropriate balance between imposing cost and promoting what they would see as environmental benefit? I think that microplastics, in that sense, would give us an early indication of the spirit of the agency,” Chave said.

Discussions on the draft regulation are ongoing in the EU’s REACH (Registration, Evaluation, Authorisation and Restriction of Chemicals) Committee, which met on the subject for the first time on 23 September.

The EU member states within the committee will vote on the regulation, though timing is unclear. The committee next meets 13-14 December, but it’s possible discussions continue into 2023, Cosmetics Europe said in a 23 November email.

Once the REACH committee votes, the proposal will go to the European Council and Parliament for scrutiny, with three weeks to object. In the case of no objections, the proposal is to be published in the Official Journal of the European Union, making the legislation legally binding.

Lamoriello says based on a survey of industry companies, there are not currently alternative materials for most of the microplastic particles covered by the restriction.

“Finding alternatives is going to be a very, very huge task,” she said, noting the process does not simply involve the replacement of a single ingredient, but likely an entirely new solution to ensure formulas do not lose their aesthetics. “New core technologies might have to be developed that provide the same level of performance, and then of course there’s all of the testing of the consumer’s acceptance of it,” she said.

Costs for protecting intellectual property also will factor. “I would say, the search is on and I think more members are going to be expending every resource possible to be compliant,” Lamoriello said.

Beauty Without Microplastic: Consumer Expectations For Cosmetic Products May Have To Change

Microplastic Must Be Gone From Makeup, Lip, Nail Cosmetics In 12 Years – EU Commission