The updated and expanded guidance embodies the US Federal Trade Commission’s enforcement approach for more than a decade, identifying randomized clinical trials as the competent and reliable scientific evidence needed to back health-related claims. Attorneys from Kelley Drye & Warren, Lathrop GMP and Amin Talati Wasserman weigh in. 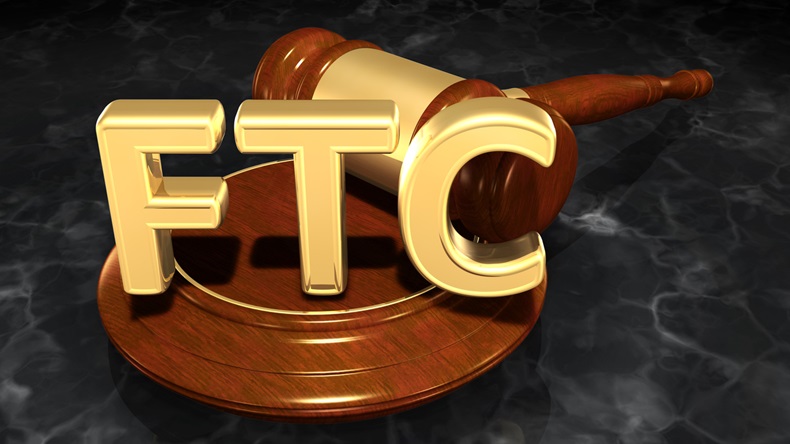 The US Federal Trade Commission’s Health Products Compliance Guidance is a “sweeping overhaul” of its predecessor and a continuation of the agency’s decade-long march toward a drug-like substantiation standard for non-drug product claims, says John Villafranco, a partner at Kelley Drye & Warren, LLP.

“This updated guidance synthesizes the agency’s approach and seeks to put broad swaths of the health and personal care industries on notice that FTC staff is attempting to raise the bar for substantiation, even though prior attempts to do so through litigation have been rejected by certain courts,” he said in a blog post on his law firm’s website on 21 December.

The FTC published the guidance on 20 December, expanding its scope to cover a greater spectrum of products compared with the previous version of the guidance in 1998, which focused only on dietary supplements. The updated guidance extends to health-related claims on food, over-the counter drugs, homeopathic products, health equipment, diagnostic tests and health-related apps. (Also see "FTC Expands Dietary Supplement Advertising Guidance To All Products Making Health-Related Claims" - HBW Insight, 22 Dec, 2022.)

Villafranco’s biggest concerns center on a section of the guidance regarding “competent and reliable scientific evidence” for supporting health-related claims, which he says is a major departure from the previous version.

The 1998 version sought to be at once “sufficiently flexible” and “sufficiently rigorous” to ensure consumers have access to information about emerging areas of science, while protecting them from inaccurate or misleading information, notes Villafranco, who specializes in advertising law.

That guidance “did not apply a fixed formula for either the number or type of studies required to substantiate advertising claims,” the attorney says. Rather, the agency focused on the totality of the evidence and considered all kinds of evidence, including animal, in vitro and epidemiological, allowing that well-controlled clinical studies are the most reliable but not the only form of acceptable substantiation.

The updated guidance embodies the standard FTC has been trying to push for more than a decade, Villafranco says.

The guidance reads: “As a general matter, substantiation of health-related benefits will need to be in the form of randomized, controlled human clinical testing (RCTs) to meet the competent and reliable scientific standard.” The FTC also says it will consider study parameters such as sample size, duration and outcome measures.

While there is no requirement for a specific number of RCTs, the guidance notes, “The replication of research in an independently conducted study adds to the weight of the evidence. Replication in a second study by independent researchers reduces the chance that the results of a single RCT may be influenced by unanticipated, undetected, systematic biases.”

The FTC adds “other factors” it will consider in assessing the quality of research include the existence of a clear and detailed protocol, submission of the protocol to an Institutional Review Board, registration of the clinical trial in a public database, and evidence of a dose-response relationship, among others.

While epidemiological or observational studies can be valuable to show an association between a product or ingredient, “they don’t prove a causal link,” the FTC says. However, such evidence can be used as evidence in limited cases where it is considered an acceptable substitute for RCTs by experts in the field and RCTs “aren’t otherwise feasible.”

Further, animal studies and in vitro studies “may provide useful supporting or background information, but without confirmation by human RCTs, they aren’t sufficient to substantiate health-related claims,” according to the agency.

The FTC advises against post hoc analysis of data that departs from the original study protocol, now maintaining it “can be an indication that the researchers are engaging in data mining or ‘p-hacking’ in an attempt to find some positive results to report from a study that otherwise failed to show any treatment effect.”

Villafranco states, “Instead of simply recognizing the RCTs may be ‘the most reliable’ form of evidence, as set forth in the 1998 Guidance, the new guidance provides that RCTs are the only form of evidence that will suffice, regardless of whether the claim would be considered a health claim, a structure-function claim or a drug claim under FDA law.”

The FTC’s insistence on RCTs for consumer health product claims was tested by a firm previously known as POM Wonderful LLC, which defended claims for its POM Wonderful 100% Pomegranate Juice and POMx pills and liquid supplements, including references to heart disease prevention and prostate health.

After FTC in 2013 decided against the firm in an administrative trial, a federal circuit the next year largely upheld the order but said the agency’s argument failed “scrutiny insofar as it categorically requires two RCTs for all disease-related claims.” (Also see "Court Upholds FTC Order Against POM, But Scrutinizes Clinical Trial Requirement" - HBW Insight, 30 Jan, 2015.)

In 2015, a federal court ruled the FTC couldn’t rely on its regulations to require that Bayer AG conduct clinical trials to back Phillips’ Colon Health probiotic claims. The FTC’s standard of competent and reliable scientific evidence to substantiate consumer health care product claims “does not require drug-level clinical trials, and [FTC] cannot try to reinvent this standard through expert testimony,” according to the US District Court for the District of New Jersey ruling. (Also see "FTC Stretched Standards In Enforcement Against Bayer Probiotic Claim" - Pink Sheet, 5 Oct, 2015.)

Villafranco also takes issue with the “other factors” that FTC cites in the guidance. He notes, “Without further explanation of how these elements will be factored into the FTC’s substantiation determination, companies are left with more uncertainty about how to design their research in a manner that will be acceptable to the FTC.”

Further, the prohibition on post hoc analysis “may have the unintended consequence of discouraging data analysis that is not specifically laid out in a study’s protocol and squelching future, intended discoveries,” the attorney says.

Villafranco reminds companies that the FTC’s updated guidance does not have the force and effect of law. On its face, the document merely provides insight into the agency’s narrowing view of what constitutes competent and reliable scientific evidence and disclosure practices.

At the same time, the 2022 guidance is “a synthesized recitation of the agency’s positions over the past decade, and much of what is included was already imposed on individual companies subject to FTC orders,” he points out.

The FTC’s views are subject to challenges. “There is existing law that directly calls into question the validity of the staff’s restrictive interpretation of competent and reliable scientific evidence,” the attorney says.

Katie Bond, a partner in the Washington, D.C. office of Lathrop GMP LLP, is confident that the FTC is overreaching with the revised guidance.

“If industry responds as it should, reading the guidance alongside binding case law, the guidance shouldn’t mean much,” she said. “Companies who become caught up in FTC investigations or litigation will be well-prepared to show the guidance for what it is – out of step with the law.”

In a 22 December email, Bond added the problem for the FTC is “the old guidance aligned with the actual, binding case law. The new guidance doesn’t.”

She pointed to the longstanding “Pfizer factors” – which the FTC established in 1972 in a case against Pfizer Inc. over its Un Burn sunburn product – as the long-held basis for considering whether substantiation for claims is reasonable.

“The Pfizer factors keep claims for, say, a cancer drug from being treated the same as claims for orange juice or a multivitamin,” Bond said.

Ivan Wasserman, managing partner at DC-based Amin Talati Wasserman LLP, was less taken aback by the reissued guidance. “While we understand the concerns about formalizing unwelcome positions in a guidance document, as it purports to do, the guidance reflects what those who closely follow the FTC already knew about how it views and evaluates substantiation,” he said in a 22 December email.

“As such, it is a useful resource for those who are new to the industry, have not been in meetings with the FTC, or do not closely follow its positions in litigation or public comments. Of course, we and the rest of the industry will continue to ‘agree or disagree’ with certain positions the Commission takes and to zealously fight back whenever it is wrong on the science or the law in any particular case,” Wasserman said.