There are no OTC analgesic supply issues in UK despite higher than normal demand, says consumer heathcare industry association PAGB in response to what it labels “partial and incomplete reporting” in the country's media. HBW Insight looks at NielsenIQ market data for the week ending 7 Janurary to get behind the headlines. 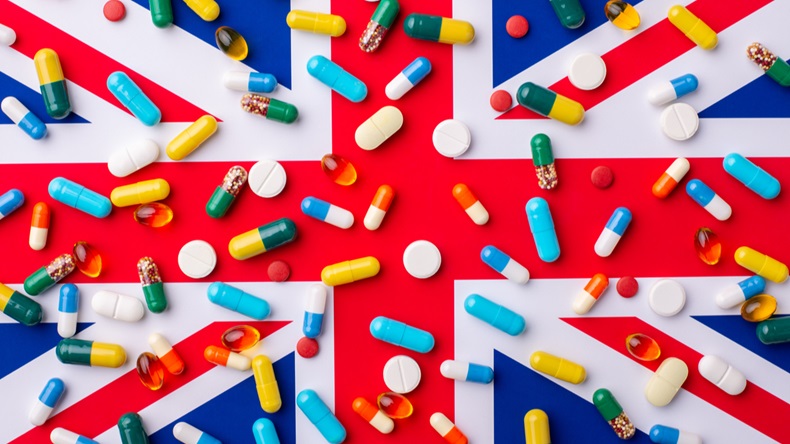 UK consumer healthcare industry association PAGB has denied that there are supply issues in the UK with regards to OTC cough and cold medicines.

“There has been a significant increase in respiratory infections including cough, cold and flu this winter and therefore a resulting increase in demand for over-the-counter cough and cold medicines,” PAGB CEO Michelle Riddalls told HBW Insight.

PAGB’s response comes as the UK media stokes a panic about shortages of pediatric fever medicines like Johnson & Johnson’s Calpol.

Tabloid newspaper The Sun, for example, ran a story earlier this month with the headline “Severe Calpol shortages could last for MONTHS – as other kids’ drugs also affected.”

“Despite suggestions to the contrary based on partial and incomplete reporting, consumers continue to be able to access a variety of treatments for winter illnesses in a variety of different settings, as they are not solely reliant on obtaining products via a pharmacy where limited incidences of shortages are being reported,” Riddalls responded.

“The vast majority of the sales of the over-the-counter medicines are made via the retailers and large pharmacy chains, who have an adequate selection of stock,” she continued. “The smaller number of individual pharmacists may encounter sporadic issues but these are not everywhere and certainly not widespread.”

“Supply to smaller independent pharmacies or shops will come via orders from wholesalers, any possible local and limited challenges reported in acquiring medicines through this route would not be an accurate reflection of how the majority of the over-the-counter medicines are supplied to customers.”

In the UK, cough and cold medicines, including pediatric fever products like Calpol, are available OTC in a “number of different settings,” Riddals pointed out, including as general sales list (GSL) products in supermarkets, petrol stations or convenience stores.

In other countries that have also experienced strong demand for these products, supply and pricing restrictions have made it more difficult for manufacturers to meet the increased demand driven by new and unpredictable waves and strains of flu and COVID-19.

In Germany, for example, the AMPreisV system for reimbursable medicines, which are designed to keep prices low, have made supply uneconomical for many manufacturers, especially those of widely used generics like paracetamol and ibuprofen.  (Also see "Blame The ‘Hamsters’: Germany’s Paediatric Fever Medicine Shortage Worsens" - HBW Insight, 23 Dec, 2022.)

Within Germany’s pediatric fever category, there used to be 10 or so suppliers, 1A Pharma’s Michael Klein told HBW Insight in an exclusive interview last year. However, rising costs and stagnating prices have led all but one – Teva’s Ratiopharm – to withdraw from the market.  (Also see "Why Did Novartis/1A Pharma Withdraw Its Paracetamol Liquid From The German Market?" - HBW Insight, 25 Aug, 2022.)

In the UK, by contrast, there are still a number of brands in the pediatric medicines category, with a large proportion of these sold through the grocery channel.

Data from market intelligence firm NielsenIQ shows that one brand – J&J’s ibuprofen-based Calprofen children’s analgesic – is indeed struggling to meet demand, albeit from a low base.

NielsenIQ’s data shows sales of the product via Great Britain’s grocery channel declining by 57% to £0.1m in the four weeks up to 7 January 2023.

Competitor Reckitt is plugging the gap with its own ibuprofen children’s analgesic, Nurofen for Children. Sales volume of this brand through grocery grew 100% to 0.4m packs in the four weeks, compared to the same period in 2022 resulting in a 112% sales value growth to £1.5m.

Interestingly, through pharmacy, where J&J is still supplying Calprofen, Reckitt’s sales value growth for Nurofen is lower than its volume growth.

This suggests that Reckitt is offering discounts in pharmacies to capture market share from J&J’s Calpol, which dominates the children’s analgesic category in Great Britain, according to NielsenIQ’s data.

Overall, the strategy seems to be working, as total category sales of Nurofen through pharmacy and grocery increased by 131% to 0.8m packs in the four weeks, corresponding to a sales value growth of 122% to £3.3m.

It seems from the data that the Great Britain market appears to be coping with demand much better than its European counterparts.

“Any consumers experiencing temporary difficulties in purchasing their preferred brand at their local pharmacy, can speak to their pharmacists for advice about alternative products to manage their symptoms,” PAGB’s Riddalls advised.

“Cough and cold medicines remain available at supermarkets and other retailers where people can also buy a wide range of over-the-counter medicines to treat coughs and colds,” she added.

Why Did Novartis/1A Pharma Withdraw Its Paracetamol Liquid From The German Market?