Major Europe-based consumer health players Sanofi Bayer, Reckitt and Haleon feature in this sales and earnings preview, which highlights what to look out for as these four firms report their Q4 2022 results over the coming weeks. 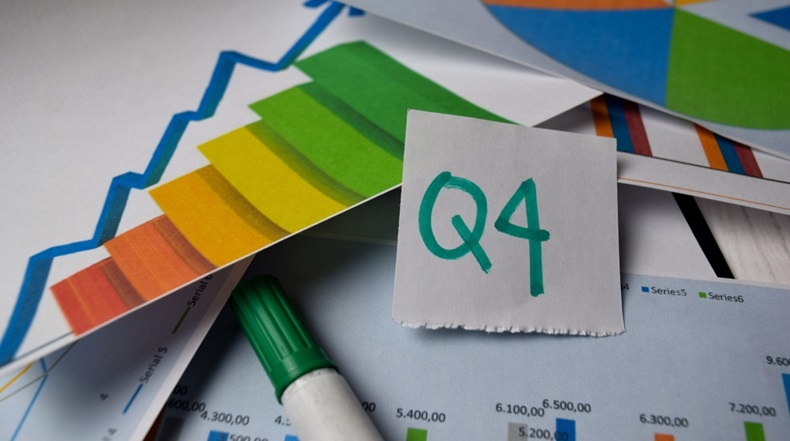 Sanofi will report its Q4 results from its Paris headquarters on 3 February with a long running national paracetamol shortage continuing to rumble on in the background. The issue, which began during the summer, mainly concerns pediatric paracetamol forms, such as oral suspensions and suppositories. Sanofi is the leading supplier of paracetamol in France, with children’s and adult presentations marketed under its Doliprane brand.

Measures introduced by French drug regulator ANSM back in July – including placing limits on orders of paracetamol by pharmacists and wholesalers – failed to solve the supply issue. In December, ANSM introduced a temporary ban on online sales of paracetamol to ease pressure on supply to high street pharmacies. (Also see "Inflation And COVID Putting Pressure On Europe’s Paracetamol Supply Chain" - HBW Insight, 25 Jul, 2022.)

US Q4 Consumer Health Earnings Preview: Will Demand Or Shortage Have More Impact?

By Malcolm Spicer 18 Jan 2023 Demand for OTC pain relievers and cough/cold products jumped prior to October-December and remained high during quarter due to consumer concern not only about flu but also RSV and additional COVID-19 mutation. US and Canadian firms marketing OTC drugs and supplements also will be offering additional signals on planned spinoffs of consumer health businesses. Read the full article here

Sanofi has responded to the shortage – which ANSM blames on the spread of winter illnesses such as colds, flu and bronchitis after two years of COVID-19 lockdowns and protective measures – by significantly ramping up Doliprane production. The company recently told French newspaper Les Echoes that it had manufactured 424m packs of Doliprane in 2022, up from around 355m packs in an average year.

This increase in Doliprane production will undoubtedly have helped to boost sales at Sanofi’s Cough & Cold category in Q4. However, Consumer Healthcare head Julie Van Ongevalle warned in October as the firm presented its Q3 results that Sanofi was experiencing slowing sales across categories in some markets as macroeconomic headwinds start to temper demand. Ongevalle said she had seen “growth moderation” in recent months. This was being driven not only by a high base of comparison with the prior-year period, but also “by a market exhibiting signs of tighter economy and inflationary pressure.” (Also see "Sanofi Sees Tough Economic Environment Start To Temper Demand" - HBW Insight, 31 Oct, 2022.)

While Bayer executives will hope to focus on sales and earnings performance during the firm’s Q4 call on 28 February, analysts will be eager to hear their views on the activist investors pushing for a breakup of the business.

Earlier this month activist investment fund Inclusive Capital Partners announced it had taken a 0.83% stake in Bayer, while Bloomberg reported that another fund, Bluebell Capital Partners, had built up an undisclosed stake in the German firm.

Inclusive Capital’s founder and managing partner Jeff Ubben told the FT that while a break-up of Bayer was not necessary to create value, the option had to be on the table. The US businessman also said he favored an external hire as Bayer’s next CEO when Werner Baumann’s contract expires in April.

Meanwhile, Bluebell is pushing for Bayer to sell or list its Consumer Health business, and to separate its Pharmaceutical and Crop Science operations, according to the Bloomberg report.

Baumann has in the past dismissed calls for Bayer to be broken up into separate companies focused on consumer health, pharmaceuticals and agriculture. He said in November 2021 he was not interested in selling the Consumer Health division. “We are going to continue the course, which is developing our company along the three pillars that we have: Pharmaceuticals, Crop Science and Consumer Health.”

The Consumer Health business delivered a strong performance in the opening nine months of 2022, with portfolio and currency adjusted sales up by 9.3% to €4.56bn driven by double-digit gains in the Allergy & Cold and Digestive Health categories.

Innovation was the watchword when Reckitt reported its Q3 results in October last year. CFO Jeff Carr said product innovation would be the key for Reckitt to hold on to, and even gain, market share in the dietary supplements category with cost-of-living pressures starting to hit demand.

Reckitt had a strong innovation pipeline for VMS, Carr said, with new product launches giving the firm more flexibility to lower prices for more established products. “The whole concept is to bring new innovation, a premium position, and then you can drive down the innovation that's in the market in different price points. So, it's going to be the strategy to meet consumer demand and consumer needs in different price points.”

While sales remain strong for its cold and flu brands as the winter illness season gets underway, Reckitt is seeing demand soften for its dietary supplements as consumers rein in spending on more discretionary categories. This has not, however, had a major impact on Reckitt's Health business, which posted sales up 19% in Q3.

Reckitt reported a drop in US VMS demand in Q3 and that continued into Q4, according to an analysis by Jeffries. A note by analyst Martin Deboo, citing Neilsen data, claimed VMS sell-out in the US was down 12% in the 12 weeks to 3 December 2022. As a result, Deboo expects Reckitt to post flat VMS sales for Q4.

With Reckitt’s search for a permanent CEO still ongoing – and unlikely to conclude anytime soon – analysts will be hoping that Carr, and interim chief Nicandro Durante, reveal the NPD that will help Reckitt entice more consumers to the VMS category when the firm reports its results on 1 March. (Also see "Reckitt Seeing Softening VMS Demand As OTC Remains Resilient" - HBW Insight, 27 Oct, 2022.)

Cycling over significant price increases introduced in the prior-year period will hold back Haleon’s sales growth in Q4. That was the message from CFO Tobias Hestler back in November.

Haleon’s sales guidance for Q4 implies growth in the range of 1.5-3.5% when it reports results on 2 March. In addition to the price rises, the firm also faces a difficult comp with Q4 2021 when return of cold and flu sales to pre-pandemic levels helped to drive up turnover by around 10%.

While Haleon expects 2022 sales to grow by around 8%, the UK-based consumer health giant faces a more difficult end to the year as it begins to cycle over significant price increases rolled out towards the end of 2021.

While Q4 is expected to be tougher – despite consumption rates remaining strong – a solid showing in Q3 enabled Haleon to raise its full-year sales guidance from 6-8% to 8-8.5%.

As Haleon finds its feet as a standalone business – it has only been operating separately from GSK since 18 July – the firm’s sales will be boosted by an overhaul of it’s Indian operation.

With effect from 8 November 2023, Haleon is taking back full control of its interests in India by terminating a distribution deal for its OTC and oral care brands signed with Hindustan Unilever in 2020. Both parties have mutually agreed to end their Commercial Service Agreement, which was due to run to 2025.

“Whilst we have had a productive relationship with Hindustan, we now believe that by taking these services in-house, we are better placed to fully deliver on our strategy, consistent with our approach in other markets,” commented Hestler. “We also think it is more efficient from a cost base to run that as the business continues to grow.”

Noting that Haleon had continued to handle the marketing, R&D and strategy for the portfolio in India, Hestler said the firm would cooperate with Hindustan Unilever over the next 12 months to build its own distribution capabilities. “We're working to ensure a smooth transition, as we re-establish our own network in the country.” (Also see "Haleon Establishing Own Distribution In India To Unleash Growth" - HBW Insight, 15 Nov, 2022.)

Haleon Establishing Own Distribution In India To Unleash Growth