FDA answers reach supplement industry sounding like a siren that the agency may take same enforcement step it has with NAC with other ingredients long used in supplements. Answers also might not be enough to convince firms to return NAC-containing supplements to their lineups. 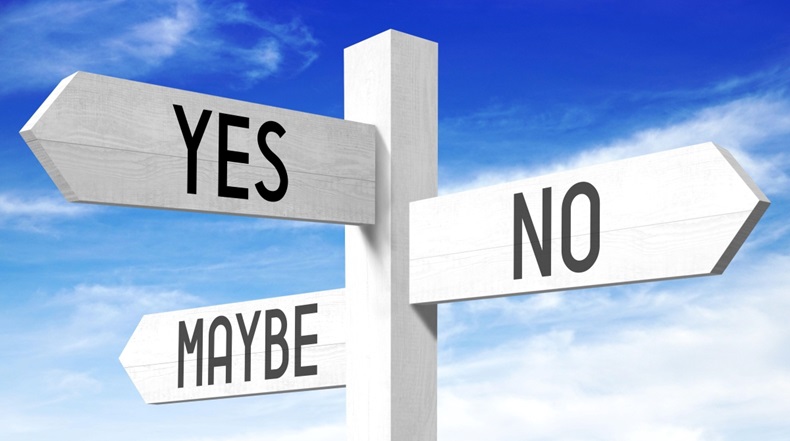 The Food and Drug Administration has four answers about N-acetyl-L-cysteine use as a dietary ingredient in the US: two answers close the door on requests to deem it lawful and the other two are maybes about a rulemaking to make it lawful and about allowing sales to continue in the interim.

All the answers announced on 31 March reach the dietary supplement industry sounding like a siren that the FDA may take the same enforcement step that it has with NAC with other ingredients long used in supplements. As well, the answers might not be enough to convince firms which have stopped offering NAC-containing supplements to return the products to their lineups.

Supplements containing NAC, an amino acid widely used for decades and thought to increase glutathione levels and support respiratory health and detoxification in the liver and kidneys, remain available as the FDA’s Office of Dietary Supplement Programs continues the review it began following industry protests about warnings it submitted to firms in July 2020 stating that products containing NAC cannot be marketed as supplements.

One of the maybes in the ODSP’s announcement is: “in light of the absence of safety concerns based on our review to date, among other factors, the FDA is considering exercising enforcement discretion for NAC-containing products labeled as dietary supplements that would be lawfully marketed dietary supplements.”

A guidance could come “soon” on enforcement discretion for use of NAC in dietary supplements.

The ODSP’s second maybe is in the potential for enforcement discretion: it’s still considering information submitted to a docket – FDA-2021-P-0938 – it opened in November on the Natural Product Association’s citizen petition asking the agency to conduct a rulemaking to allow the use of NAC in supplements. The NPA also has filed a complaint in federal court challenging the agency’s action.

“Once the FDA has completed its review of [the NPA’s petition], including review of additional information submitted to the docket in response to the request for information, the agency will respond to the remaining request in the NPA Petition,” a CFSAN representative said in a statement to HBW Insight.

The two no answers from the ODSP were denials of a second NPA petition and a separate petition submitted by the Council for Responsible Nutrition asking the agency for a determination that products containing NAC are not excluded from the definition of a supplement under FDA regulations. The agency had released an interim response in November stating it was continuing to consider the requests. (Also see "Window Of Opportunity Opened Narrowly For Continued Use Of NAC As Dietary Ingredient In US" - HBW Insight, 24 Nov, 2021.)

The CFSAN representative said the two petitions were denied “because this ingredient was approved as a new drug before it was ever marketed as a dietary supplement or as a food.”

However, the NPA’s separate petition asking for an NAC rulemaking keeps in place a solid maybe over the question.

The center representative said “if, among other considerations, the FDA does not identify safety concerns with respect to the use of NAC in or as a dietary supplement, we are likely to propose a rule providing that NAC is not excluded from the definition of dietary supplement.”

No Cure For 'Extralegal Precedent'?

The door the ODSP is leaving open for a likely rulemaking could provide some balm to the industry’s NAC wound, but it won’t be considered even a band aid for the gash from the FDA’s decision to deem NAC unlawful as a dietary ingredient without previously announcing that it was considering taking the step.

"In light of the absence of safety concerns based on our review to date, among other factors, the FDA is considering exercising enforcement discretion for NAC-containing products labeled as dietary supplements." – ODSP announcement

As it did when the FDA in November tentatively denied its petition, the CRN says the agency’s latest answers avoid the question of what’s stopping it from treating other ingredients long used in supplements the same way it has NAC? (Also see "US FDA Misses Point On NAC In Supplements, Avoids Answering Questions, CRN Argues" - HBW Insight, 5 Jan, 2022.)

Decades of use as a dietary ingredient, even though the FDA has said NAC was approved as a drug in 1963, say something about an ingredient being lawful for use, the trade group said following the agency’s announcement.

Moreover, the FDA says it “recognizes there are no safety issues with respect to NAC’s long history of use,” Mister added in the CRN statement.

“Even though FDA has previously acknowledged NAC as a legal and safe supplement ingredient, the agency is attempting to create the power to remove legitimate dietary supplements from the market that the law plainly does not give it,” Mister said.

“While the ingredient at issue now is NAC, a broader issue is at stake – FDA’s ability to declare tried and true dietary ingredients off limits to dietary supplements and to confer drug companies with a monopoly over those ingredients, with few options for industry to challenge those actions.”

The NPA, meanwhile, says that not denying its and the CRN’s petitions to deem NAC a dietary ingredient would’ve been the best resolution for the industry, but the ODSP’s indication that an NAC rulemaking in response to the NPA’s second petition is a positive step.

“The fact they admitted they didn't have a safety signal when they went through this whole endeavor but went ahead and did it, two years of effort, resources, revenues lost by businesses … that's a problem.” – NPA CEO Daniel Fabricant

“It's changed because we took legal action. They added the enforcement discretion piece and that gives them a way out,” Fabricant told HBW Insight.

The NPA is encouraged but still concerned by the agency’s latest response. Although the ODSP noted no safety questions and the resolution the trade group seeks – deeming NAC a lawful dietary ingredient – appears likely through a rulemaking, the NPA, like the CRN, questions why the agency launched its enforcement against the ingredient.

“The fact they admitted they didn't have a safety signal when they went through this whole endeavor but went ahead and did it, two years of effort, resources, revenues lost by businesses … that's a problem,” Fabricant said.

The FDA’s definitive no to the CRN’s and the NPA’s petitions for a determination that products containing NAC are not excluded from the definition of a supplement under FDA regulations isn’t the end of CRN’s argument.

The FDA “made clear its decision on NAC is now a final agency action, ripe for judicial interpretation,” Mister said.

The trade group is consulting with it members about its next steps, and all options, including immediate litigation, are on the table, he said.

The CRN’s argument is that under the FDA’s dietary supplement manufacturing and marketing regulations, it doesn’t have authority to summarily deem unlawful a long-used ingredient free of safety concerns.

The trade group acknowledges the ODSP indicated it will exercise enforcement discretion and that a NAC rulemaking is likely, but it’s not holding its breath.

An NAC rulemaking “in the future could conceivably take years to accomplish, making this situation far more challenging and untenable for the industry, retailers, and consumers – leaving this safe, legal, and beneficial ingredient in a state of regulatory limbo,” Mister said.

It’s Official: US Enforcement Discretion For NAC In Supplements, And Regulatory Options For FDA

Open: US FDA’s Docket For NAC Comments, And CRN On Its Options To Contest Enforcement