HRA Pharma today launches an express courier service for emergency contraceptive EllaOne. Women in London can order EllaOne online and receive the product within three or 12 hours, women in the rest of the UK within 24 hours. 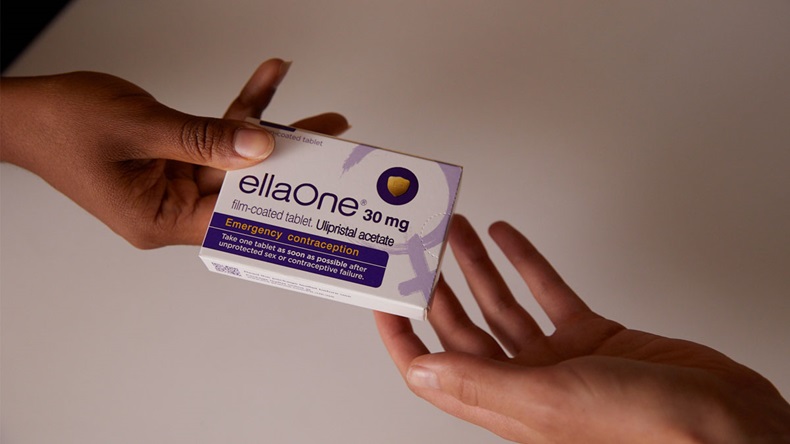 Women in London can now get their hands on pharmacy-only emergency contraceptive EllaOne within three hours of ordering the product online, thanks to HRA Pharma SA’s new courier service launched today in the UK.

Offering three- and 12-hour delivery options, EllaOne Direct Express is an online ordering and same day delivery service currently being piloted in London, which the firm said it plans to extend to other major cities in the UK later on this year.

Speaking exclusively to HBW Insight, HRA Pharma’s senior brand manager for EllaOne, Emma Marsh, said that EllaOne Direct Express was distinguished from other online ordering and delivery services for EC products – such as McKesson Corp.’s LloydsPharmacy and A. S. Watson Group’s Superdrug “Online Doctor” facilities – not only by its same day delivery offer, but also because the firm had partnered with premium tracked courier services to provide “extra reassurance” to women that products would arrive in time and in discreet packaging.

Both the standard and express services are accessible through the www.ellaonedirect.co.uk website, which HRA said had been in beta testing for six weeks and had successfully fulfilled over 1,000 orders to date.

Sales through both services were overseen by a pharmacist – so that any “red flags” could be identified by a qualified professional – and were accompanied by 24/7 Careline that provided round-the-clock support for online orders, the company explained.

“People are digital natives accustomed to buying almost everything online – whether it’s groceries, clothing, or even Viagra – so, why not emergency contraception?” Marsh commented.

“Women should not be risking unplanned pregnancies because of factors like inconvenience or embarrassment,” she continued. “It’s critical we help provide more seamless and less intimidating ways to purchase the morning after pill so that women feel more comfortable accessing EC, rather than risking an unplanned pregnancy.”

The launch was at the forefront of HRA’s “Women’s Health strategy,” Marsh noted, which was currently focused on improving women’s access to EC.

“The intent behind EllaOne Direct is simple: to innovate another means of accessing EC in the hope that any woman who wishes to, can do so confidently, quickly and securely,” HRA added.

HRA said its sales strategy for EllaOne had been informed by consumer research that had shown many women to be uncomfortable with purchasing EC face-to-face in bricks-and-mortar pharmacies.

Over half of women surveyed by the firm felt “embarrassed” or “awkward” while purchasing EC in-store, HRA said.

The discomfort many women felt about this “still-stigmatised purchase,” HRA continued, and was evidenced further by the “extreme lengths” that women went to to avoid embarrassment.

A quarter of women said they would wait until there were no other customers in the pharmacy before asking for EC, HRA reported, while one in eight respondents travelled to a different town or city to “avoid bumping into someone they knew.”

HRA said it had listened to consumers’ concerns and was doing everything it could to “tackle the culture surrounding emergency contraception” and to offer more women “straightforward and practical solutions” to purchasing the morning after pill.

Asked whether the firm would be investing in marketing to support the launch, Marsh said that EllaOne Direct would see digital advertising on social media and Google.

“Based on a single great insight – ‘It’s my morning after’ – the campaign inspired women to be strong and to make their own decision based on their own needs,” noted a judge for the award. “The results are as strong as the characters in the stories.”

In addition to marketing for EllaOne Direct, HRA also intended to continue to “invest heavily” in its Women’s Health strategy to “drive awareness” and “break down the barriers” surrounding EC, encourage women to seek help in store or online “rather than risk an unplanned pregnancy” and “eradicate the need for women to inconvenience themselves for the sake of discretion whilst making this intimate purchase.”

Cutting Out The “Middle Man”?

Rather than replacing pharmacies or general practitioners in ensuring the safe use of EC, the firm insisted that EllaOne Direct was designed to be an “additional option” for women in the UK.

“If an individual doesn't have time to visit a retailer within the time period when EllaOne is most effective, or if they don’t feel comfortable buying EC in person, this service can provide them with another option to purchase the morning after pill,” HRA explained.

Women were still required to answer the “seven simple questions” typically asked by the pharmacist, HRA pointed out, including: “Have you had unprotected sex or a contraceptive failure in the last five days (120 hours)?” and “Could you have been pregnant before this?”

The online consultation checklist was designed to “triage” women requesting the morning after pill, HRA explained, assessing whether EllaOne was appropriate for them. If not, they would be advised to visit their pharmacist as soon as possible, the firm said.

Aimed at “empowering” women by providing more information at the point of purchase, HRA said that both online and in-store checklists were “further evidence” of the firm’s strategic focus on making EC “less intimidating” for women.

A digital version of the consultation checklist card would be available to download online later this month, it added.