Building consumer trust in brands, the opportunities created by real-world evidence and national self-care initiatives were among the topics discussed during the final day of the AESGP's Annual Meeting in Geneva. 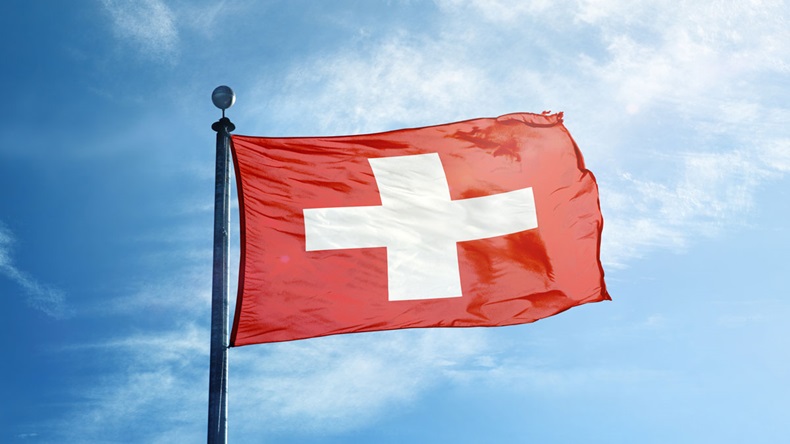 “Why should we care about brands?” asked Phil Riggins, founder of The Brand and Reputation Collective, to kick off the opening session on the final day of the 55th AESGP Annual Meeting.

Recalling the challenges outlined by the previous day’s speakers around a lack of public trust, Riggins argued that in this “new reality,” the “old model” of companies creating brands and advertising them to consumers was being replaced by a “new model” of consumers co-creating brands through purchase and advocacy. To successfully apply this new model, Riggins advised firms to build “authenticity, human content and openness” into their consumer healthcare brands. “Listening, aligning words and deeds, and speaking in a more human way” and “knowing your tribe” were also essential to success.

Michelle Gibbons, director general of the European Brand Association (AIM), offered some practical advice to firms looking to build consumer trust in their brands. She outlined four key areas in which firms could improve, beginning with “building trust together,” namely making sure that the information conveyed to consumers was reliable, useful, proportional and accessible.

Finally, firms had to build “trust in an omnichannel world,” by creating the right digital environment and accepting that consumers were, as Riggins suggested, co-creators of brands. “Consumers are voting not just with their wallets but their values,” Gibbons insisted, and therefore “integrity is key” for consumer healthcare brands.

Bayer AG’s Consumer Health head Heiko Schipper concluded the session by celebrating the power of brands in helping consumers make sense of what to buy and what not to buy. 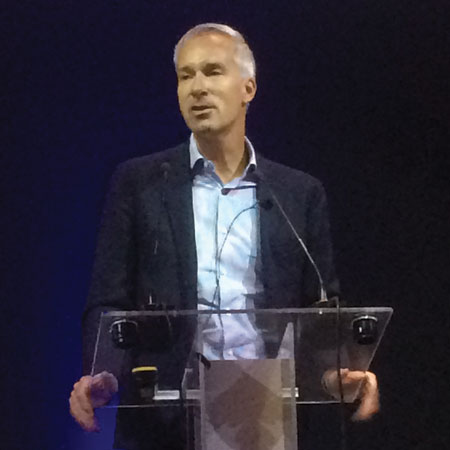 Brands could add value to products by offering additional services, he argued, such as the pollen count app Bayer had developed for its Clarinaze hay fever product in the US. Strong, long-lasting brands also helped justify continuing investment in products. Bayer’s Aspirin analgesic, which Schipper pointed out was almost 120 years old, had seen “hundreds of millions of Euros” investment to find new applications.

“Brands play a fantastic role in helping people to make choices and facilitate significant investment in industry,” Schipper concluded. Conceding that there were sometimes bumps in the road, he noted it was important for firms to address any consumer concerns with products through a “fact-based approach” to maintain brand trust and loyalty.

It was very difficult to identify experts in the area of real-world evidence (RWE) within the European consumer healthcare industry, admitted AESGP director general, Jūratė Švarcaitė, who opened the second session of the day.

IQVIA’s global principal for Consumer Health R&D, Volker Spitzer, reasoned that this was because RWE was a “completely new area” within the sector, but one that offered a “gateway to innovation”. Consumer feedback generated by smartphones and wearables had the potential to replaced randomized controlled trials (RCTs) as the “gold standard” for generating scientific evidence for medicines, he argued. RWE could offer a way for firms to develop new health claims for OTC products, as well as drive innovative prescription-to-OTC switches, Spitzer explained, in a way that was cost effective and time efficient. (Also see "Use Real World Evidence To Drive Innovation, IQVIA Advises " - HBW Insight, 10 Dec, 2018.)

Peter Brady, CEO of Orbital Media, reaffirmed Spitzer’s argument that RWE represented a cost-effective route for industry, pointing out that such evidence was already being accepted by regulators as a compliment to RCTs and used in “interesting ways” by big pharma companies. 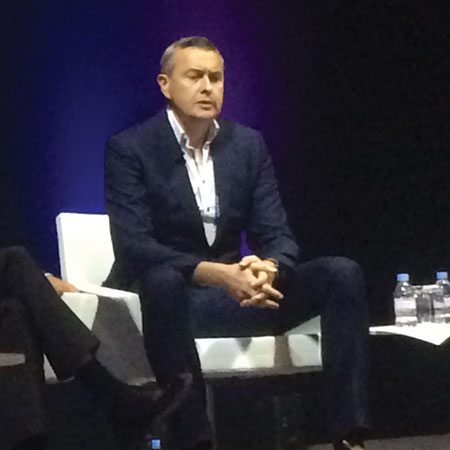 Orbital had helped firms revitalize their core brands through RWE-generated claims, Brady explained, such as Teva Pharmaceutical Industries Ltd.’s 86-year-old brand Sudocrem, which could now claim to “heal nappy rash rapidly,” among other things. The agency had also worked closely with UK self-care association PAGB to deliver new claims for firms, he revealed, suggesting that this collaboration could be a model worth exploring for other national industry groups.

However, Brady warned delegates that RWE was “not a magic bullet” for industry. It could be used to “interpret and bolster” health claims, but was “not a substitute” for RCTs.

Positive examples of how industry associations were driving forward the self-care agenda at a local level were explored in the day’s third session.

Firstly, Sergio Mantelli, head of scientific affairs & public affairs at Swiss association ASSGP, talked delegates through the recent revision to the country’s medicines regulation, the HMG, which made over 500 OTC medicines available for sale for the first time out of pharmacy, while a small number were moved up to the more restricted Category B. (Also see "Swiss Regulatory Change Takes Over 500 OTCs Out Of Pharmacy" - HBW Insight, 13 Dec, 2018.)

Mantelli reassured delegates that this was not a reverse switch, as patients could still access these medicines without a prescription, as long as they saw a pharmacist face-to-face when purchasing. This was a “complicated situation,” he conceded, and explained that the ASSGP was working with pharmacists and regulators in order to make the protocols for such consultations “as simple as possible” in the interest of consumers.

Introducing to the stage Elmar Kroth of the BAH, panel moderator Martin Bangerter of the ASSGP joked that the German industry association was trying to “make switch great again.”

Kroth outlined BAH’s initiatives to improve Germany’s “cumbersome” switch process, including the proposal to give the country’s medicines agency the final decision on switches, based on recommendations from the Expert Committee for Prescription. (Also see "German Industry Wants To Simplify 'Complicated' Switch Process" - HBW Insight, 24 May, 2019.)

Kroth also pointed to a number of studies published by the association, including a “stakeholder analysis” by switch expert Dr Natalie Gauld. There was currently a “window of opportunity” in Germany for switch reform, it was up to industry to “pass through this window,” he concluded. (Also see "Thinking About Switching? Dr Gauld On The Go-To Markets Today" - HBW Insight, 29 May, 2019.)

Next up was Jaume Pey, director general of Spanish self-care industry association ANEFP, who began by saying he “envied” the situation in Germany when it came to switching. 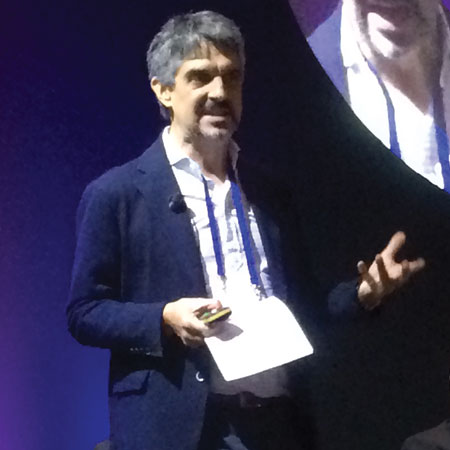 Pey described an initiative led by ANEFP aimed at encouraging Spanish pharmacists to engage more with their OTC offerings, which he said made up roughly 30% of a pharmacy’s turnover on average. The PHASEVA initiative offered small- and medium-sized pharmacies free training on how to detect consumer needs and recommend consumer healthcare products to meet those needs. This training was now being “scaled up” with the help of the local pharmacy association Autocuidado, Pey noted, and offered to all Spanish pharmacies through an online platform. “Training is an efficient way to improve the self-care proposition of pharmacies,” Pey maintained, adding that it would help pharmacists to “fall in love” with consumer healthcare.

Finally, Mirna Radosevic, president of Croatia’s self-care industry association, CASI, introduced delegates to the “small but heavy” first Croatian manual for self-medication that the trade group had produced for the country’s pharmacists.  After conducting surveys with healthcare professionals and consumers, CASI concluded, similarly to ANEFP, that pharmacists had to be a key focus to grow consumer healthcare in Croatia. Supplied free to pharmacists with an online version now available, the manual was part of pharmacist training courses and had proved to be very popular, she noted.

“We are going to look into our crystal balls,” announced Cathy Smith, former BBC presenter, as she opened the final session of the conference. She then welcomed to the stage David Zaruk, self-described “risk-monger”, travelling from the 30 years into the future, where humanity had suffered a “great purge” and lived only to the age of 56.

Explaining how this dystopia came about, Zaruk explained that “Dr Google” and “the poison of precaution” had destroyed public trust in science and technology. To avoid this dystopia, Zaruk said scientists needed to “go online and present the facts, letting as many people as possible know that facts matter,” not just on social media but also traditional media.

Dr Carlos Celis-Morales, research fellow at the Institute of Cardiovascular & Medical Sciences, University of Glasgow, followed Zaruk with a more optimistic vision of the future. Pointing out that 11 million people worldwide died as a result of a poor diet, Celis-Morales argued that “personalized nutrition” was crucial in achieving a healthy and sustainable eating habits.

Findings from The Lancet’s planetary health commission, indicated that people needed to substantially cut down their red meat intake, Celis-Morales noted, so that a burger or a steak would be a “special occasion.” He pointed to the Food4Me project as an example of how “personalized nutrition” could make a “huge” difference to people’s health through improving diet. “Balance is the key to life,” he recommended.

“The only constant thing is change,” was the title of the final presentation of the day by Tobias Gantner, founder and CEO of Healthcare Futurists GmbH. Gantner ran through a bewildering number of examples of how “gamification” could be used to educate healthcare professionals and consumers about health. Firms needed to think about how to establish “platforms” in people’s lives to drive self-care, he advised. (Also see "Bricks-And-Mortar Pharmacy In The Crosshairs As Zur Rose Aims To Become The Amazon Of European Healthcare " - HBW Insight, 10 Dec, 2018.)

Look out for more in-depth coverage of the AESGP conference in HBW Insight over the coming weeks.

Thinking About Switching? Dr Gauld On The Go-To Markets Today

Swiss Regulatory Change Takes Over 500 OTCs Out Of Pharmacy