A lack of progress on the botanical health claims issue and rising tensions with the impending Medical Devices Regulation were among the topics discussed at the AESGP's Regulatory Conference in Brussels yesterday. 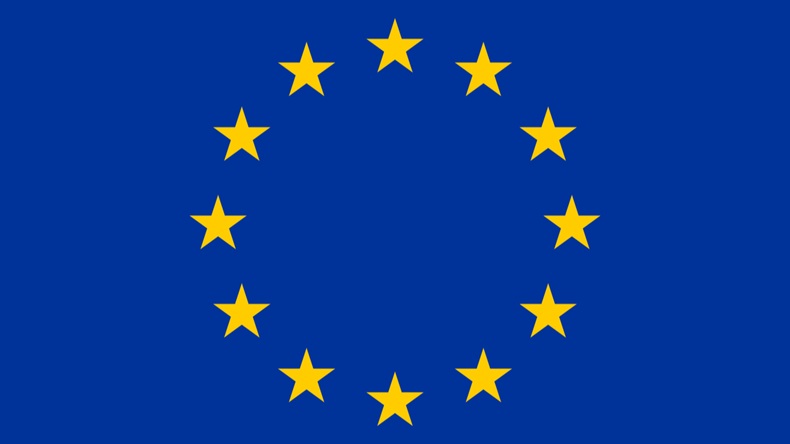 Session 1: Changes And Challenges Pertaining To The Regulatory Framework Of Food Supplements

“There are no developments” with regards to EU botanical health claims regulations, revealed Alexandra Nikolakopoulou, head of Food Information and Composition at the EC’s Food Waste Unit, in the conference’s opening session.

The EC’s reflection on the issue – which had arisen almost a decade ago because botanical ingredients were being treated differently under the food claims regulation than they were under legislation covering traditional herbal medicines – was, however, in a “quite mature stage”, Nikolakopoulou revealed, with a “staff working document” now awaiting approval by the incoming EC health commissioner.

At this stage, industry would not be able to see or comment on this document, Nikolaskopoulou said, but in response to a question from AESGP’s deputy director general Maud Perrudin, she suggested that the botanicals issue might look clearer in November.

Nikolakopoulou’s EC colleague Rafael Perez Berbejal, policy officer at the Food Processing Technologies and Novel Foods Unit followed with an outline of new Novel Foods regulation, concentrating on the elements relevant to the European self-care industry. Since the regulation came into force at the beginning of last year, Berbejal said that the EC had been “completely overwhelmed” by an “avalanche” of dossiers, with the number of novel food applications up to now doubling the total received under the regulation’s previous iteration. Among the applications were “20 or so” CBD novel food applications, he revealed.

After a summary of the current legal framework for food supplements in the EU by Camilla Smeraldi, senior scientific officer at the European Food Safety Authority’s Food Ingredients and Packaging Unit, the session moved to Q&A.

An interesting question was raised as to whether the EC should revise its “Article 8” rules, which allow the Commission to “prohibit, restrict or put under scrutiny the use of other substances added to foods, including food supplements,” where the use of such substances in foods “would result in the ingestion of amounts greatly exceeding those reasonably expected to be ingested under normal conditions of consumption of a balanced and varied diet and/or would otherwise represent a potential risk to consumers.”

In response to the suggestion that “potential” risk should be changed to “proven” risk – to prevent products being recalled or removed from the market without good cause, Nikolakopoulou explained that there had to be “reasons to believe” that there were risks before EFSA were called upon by the EC to investigate.

“We as risk managers are called to look further and to see if this risk is real or not,” Nikolakopoulou insisted.

Salvatore D’Acunto, head of the EC’s Health Technology and Cosmetics Unit, began the second session by noting “increasing tensions” between regulators and industry as the EU Medical Devices Regulation’s May 2020 deadline approached.

While implementation by the deadline was a “huge challenge,” D’Acunto urged industry to also “not over dramatize it either” as there would be no “big bang” in May.

If industry, regulators and notified bodies continued to collaborate as they had done since MDR was introduced in 2017, he said that implementation was still achievable.

On the topic of the shortage of notified bodies (NBs) – with only five re-certified so far – D’Acunto reassured delegates that there would be around 20 designations by the end of the year.  (Also see "To Ensure Continued Availability Of Self-Care Devices In Europe, EU Commission Must 'Stop The Clock' On MDR " - HBW Insight, 5 Sep, 2019.)

More would follow in early 2020, he continued, with “more than 50” applications currently in the pipeline. “In the beginning NBs were waiting to see how the new system worked, D’Acunto explained, which was why they were so slow to apply for re-certification. However, now that NBs understood the process better, applications would start coming in more quickly, he predicted.

D’Acunto’s analysis was supported in part by François Schlemmer, director of the European Association of Medical Devices, Notified Bodies (Team-NB). According to a recent Team-NB survey, many NBs were at some stage of the re-certification application process and would therefore hopefully be re-certified in the coming months, she revealed.

As to the number of NBs to be re-certified by 2020, however, Team-NB’s figure was lower than that of the EC’s D’Acunto, predicting only 10 more by the end of the year. Explaining the discrepancy between the two organisations, Schlemmer said Team-NB was perhaps “less optimistic” than the EC, as experience had shown that the re-certification process often “takes more time” than anticipated.

AESGP’s Perrudin in her contribution returned to the issue of substance-based medical devices, a category that the association has consistently pointed out were “not so well known” to NBs or national and EU regulators implementing MDR.  (Also see "Self-Care Medical Devices Sitting In The ‘Danger Zone,’ AESGP Warns" - HBW Insight, 5 Apr, 2019.)

Key to resolving the difficulty with regards to these devices – which included anti-flatulence products, eye drops, nasal sprays, intimate lubricants and throat pastilles, to name just a few examples – was getting their classification right.

“We’ve been saying from the start that if you cannot classify a product then you cannot even begin [to address the problem],” Perrudin said, urging the EC to take note of the various AESGP position papers that had drilled down into the relevant sections of the MDR.

Two of the presentations in the first afternoon session reported from AESGP surveys on the functioning of the EU decentralised (DC) and mutual recognition (MR) authorization procedures for OTC and herbal medicines respectively.

Mark Griffiths, head of Consumer Regulatory & CMC EMEA at Johnson & Johnson Consumer Services EAME Ltd, reported that Germany and UK were the countries most often chosen as Reference Member States in EU MA applications, with convenience and the pre-existence of relevant OTC category given as reasons for choice on the part of companies.

On a negative note, Griffiths noted that firms were unhappy with the timelines for both DC and MR procedures, which often extended well beyond the stated timelines.

When it came to herbal medicines, Frank Waimer, general operations manager at Dr. Willmar Schwabe GmbH & Co. KG, was happy to announce that Austria and Germany were clear “winners” for role of RMS in DC and MR procedures for these products.

One of the most interesting findings of the herbal survey, Waimer said, was the widespread use of EU herbal monographs. By contrast to OTC medicines, respondents were also “quite happy” with DC and MR procedure timelines for herbals, although less so with the post-approval national validation phase, which often slowed down the process of getting a product onto market.

Beginning with the thousand year old history of self-care, the AESGP’s Švarcaitė opened the final session with an important message: unless industry has the support of not just regulators but also other key stakeholders such as doctors, pharmacists and patients, it would be unlikely that people could be effectively helped to self-care.

Alongside digital innovations in labeling – such as the use of QR codes on medicine packs and electronic patient information leaflets – health literacy was essential in enabling self-care, Svarcaite argued, pointing to recent examples of best practice in Portugal, Croatia, Ireland, and the UK.

However, the most interesting presentations of the last session focused on the role of self-care in managing chronic diseases – an area which in a 2002 analysis, AESGP had identified as a priority area for prescription-to-OTC switch in Europe.

Suzanne Palkonen, director at the European Federation of Allergy and Airways Diseases Patients Associations (EFA), pointed to the 30m asthma sufferers in Europe as an example of people “who self-care 24/7”.

Presenting a recent EFA report that found that less than half of asthmatics had a written management plan – a necessary part of chronic disease self-management – straight-talking Palkonon warned participants that there was “too much consumerism and not enough health” in the self-care industry, insisting instead on the need for patient-centered and responsible self-care.

Sympathizing with Palkonen’s concerns, Aurélien Perez, policy officer at the EC’s Directorate for Health and Food Safety, urged industry to collaborate with regulators in raising awareness of microbial resistance (AMR), an issue that he said was killing 33,000 Europeans a year and costing European members states a total of €1.5bn ($1.7bn) every year in extra healthcare costs and productivity losses.

Perez was a passionate advocate of the EC’s “One Health” policy, adopted in 2017, which had brought together a number of EC Directorates to bear on the problem and was looked upon world-wide as an exemplary approach to AMR.

“We really need a holistic approach to this product,” Perez maintained, “we won’t solve it in isolation.”

To Ensure Continued Availability Of Self-Care Devices In Europe, EU Commission Must 'Stop The Clock' On MDR