In a recent campaign for Calpol in the UK, Johnson & Johnson Consumer Health partnered with children’s charity NSPCC to raise awareness of the latter's helpline. HBW Insight speaks exclusively to J&J Consumer's head of Marketing for Northern Europe, Hannah French.

Johnson & Johnson has been working with UK children’s charity NSPCC – the National Society for the Prevention of Cruelty to Children – to drive usage of the latter’s helpline and raise awareness of this crucial service among the British public.

Part of a longer collaboration, the campaign for J&J’s flagship infant paracetamol brand Calpol has been a great success, according to the firm, with a £80,000 (roughly $100,000) donation to NSPCC helping the charity answer an additional 16,000 calls this year. 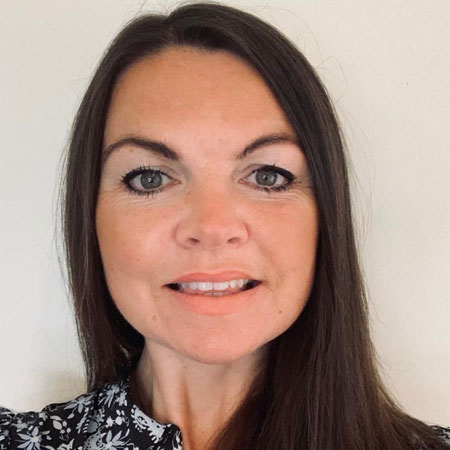 In this exclusive interview, HBW Insight speaks to J&J’s Hannah French about the campaign. French is head of Marketing for Northern Europe at J&J Consumer Health and has over 20 years’ experience working for large consumer healthcare brands, leading and implementing their marketing strategies across multiple markets.

Could you give us a bit of background to the campaign?
We were delighted to join forces with the NSPCC to help give Britain’s children a brighter future. At Calpol our purpose is to ‘Let Kids Be Kids’, and as a leading children’s charity, the NSPCC’s work directly supports this. With their helpline, the NSPCC provides a vital service for adults who may be concerned about a child, and we were proud to support that in our recent collaboration.
What did the campaign involve?
As part of the latest partnership with the NSPCC, J&J donated £80,000 to help the charity to answer 16,000 calls. We also funded a new television advertising campaign to promote the charity’s free and confidential helpline, which has had to deal with an increasing number of calls in recent months due to the pandemic. The TV campaign was designed to raise awareness of the helpline amongst adults in the UK, to help ensure that anyone concerned about a child has access to the advice and support they need. Thanks to the campaign, awareness of the helpline service has increased by 27 percentage points according to a recent poll, with 51% of those who had seen the television advert saying they felt compelled to donate to the NSPCC in the future.
Was this part of a previous collaboration with NSPCC?
The collaboration with the NSPCC actually started in 2019 with our ‘Together we’re giving kids a brighter future’ partnership. So last year, for each Calpol product sold in participating stores between 31 July 2019 and 19 January 2020, 5 pence was donated to the NSPCC. The donation helped the charity answer 10,000 calls, which at the time represented about 13% of their annual call volume. This year, with the current crisis placing vulnerable children at increased risk, we wanted to increase our support to help the NSPCC answer the influx of calls the helpline has been receiving.
Why did J&J choose to partner with the NSPCC on this particular campaign?
During the pandemic, the NSPCC saw calls to its helpline increase by 22%, making the service it provides more important than ever. In fact, NSPCC recorded the highest ever number of contacts to its helpline during May 2020 and are now being contacted once an hour on average by someone concerned about a child. The partnership and advertising campaign with the NSPCC was an opportunity for us to support parents and families, which is something that J&J via its Calpol brand has been committed to for over 50 years. We are very proud to partner with the NSPCC and to bring attention to the invaluable service their helpline provides to adults and children in the UK.
Advertisement