Twenty years after the Rx-to-OTC switch of Voltarol in the UK, GSK Consumer Healthcare is launching its first 'wearable' technology under the brand – a digitally enhanced knee brace – as well as a multi-million dollar, year-long marketing campaign to celebrate the occasion. 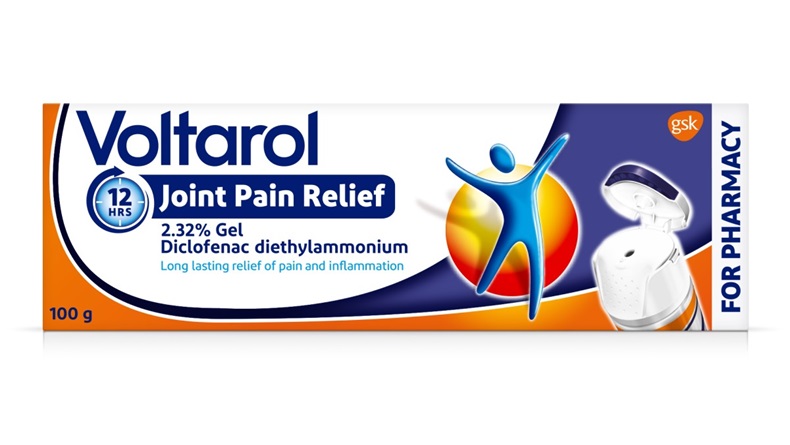 Market leading British diclofenac-based analgesic Voltarol – known as Voltaren in the US – celebrates its 20th birthday as a UK OTC brand this year.

To mark the occasion, GlaxoSmithKline Consumer Healthcare is launching a new wearable knee brace – VoltActive – exclusively on Amazon, as well as a year-long £8.3m ($11.6m) “More Than Movement” marketing campaign via traditional and digital media.

“From day one, Voltarol’s core purpose has centered on ‘restoring the joy of pain-free movement’,” commented senior brand manager James Ratcliffe. “With people increasingly looking to stay active and exercise, it’s never been more relevant for a brand like Voltarol to promote its leading credentials to help relieve pain, reduce inflammation and restore movement.”

Hitting the market in March, GSK’s new wearable, VoltActive, “taps into the demand for drug-free remedies and is a huge development in the brand’s history,” GSK said.

“The launch marks the brand’s first venture into the wearables category,” GSK noted. “It certainly sets a precedent of what is to come.”

“Such innovations have led to Voltarol receiving many product awards throughout the 20 years,” the company added, such as the “prestigious UK OTC Marketing Awards 'OTC Brand of the Year' accolade in 2013 and 2017.”

Running throughout 2021, the More Than Movement campaign will be led by an “always on TV presence” – including a partnership with UK channel ITV – GSK explained, and will also see “refreshed” Voltarol advertisements across radio, digital display and social media channels.

One of these new creatives features a grandpa reminiscing about his motorcycling days, while rubbing his knee. After reaching for his tube of Voltarol Joint Pain Relief Gel, he decides to rebuild his old bike, adding a sidecar so he can take his granddaughter out with him.

The heartfelt advertisement was released on 1 Feb 2021 and will be running until April across ITV, Channel 4, Channel 5, Sky and Pick TV channels, video on demand (VOD) and YouTube, as well as across on social media channels, GSK said.

“The campaign aims to bring that human connection of finding joy by connecting with others, because ‘it’s not just movement, it’s the joy of movement’,” a spokesperson for the company told HBW Insight.

GSK is also keen to stress the role that pharmacy has played in making a success of Voltarol over the years, for example, when Voltarol 12 Hour Joint Pain Relief 100g Gel (2.32%) was redesigned with a new easy open flip-top cap, to help patients manage hand joint pain more effectively.

“Much of our brand success over the past 20 years comes from the importance placed on healthcare professional recommendations, ensuring we provide pharmacists and their teams with the support they need to appropriately advise and support their patients,” Ratcliffe added.

“This includes a range of both branded and condition focused resources, as well as patient care leaflets and our patient pathway – a simple step-by-step guide for pharmacy teams to support patients in community pharmacies,” he continued.

All of these assets are available on GSK’s Health Partner portal, he pointed out, along with further interactive learning on how products in the Voltarol range can be used to meet patient needs.