FDA published warning against abuse of propylhexedrine, but study published in October 2020 questioned why sales of products with the ingredient aren’t limited like sales of pseudoephedrine-containing OTCs under a federal law. 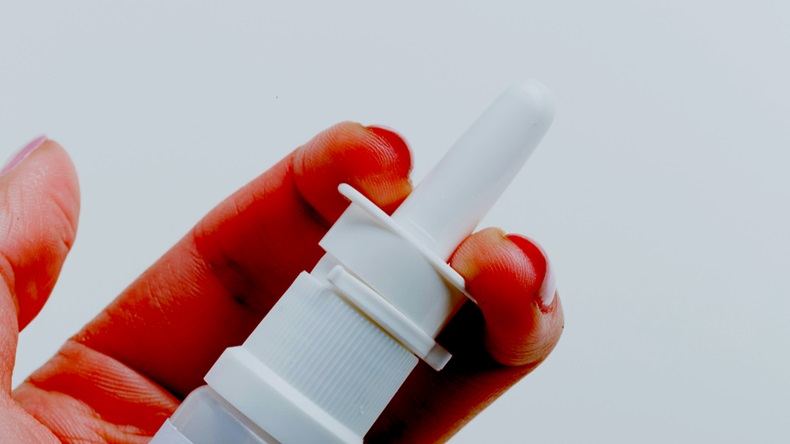 Another drug ingredient available OTC in the US could become a target for restricting sales by age as the Food and Drug Administration and public health researchers raise alarms about abuse of propylhexedrine, used in nasal decongestant inhalers.

While the FDA on 25 March published a warning against abuse of propylhexedrine, a study published in October 2020 questioned why sales of products with the ingredient aren’t limited similar to sales of pseudoephedrine-containing nonprescription drugs under a federal law and of dextromethorphan OTCs under laws passed by some state and local governments.

The ingredient isn’t an amphetamine like pseudoephedrine, but research has “underestimated the abuse potential of propylhexedrine,” wrote Nikhil Teja, a psychiatry professor at Dartmouth-Hitchcock Medical Center, in a study published in the journal Cureus.

The FDA stated propylhexedrine, available under an OTC monograph and currently marketed in the US only under the brand Benzedrex, can cause heart and mental health problems and some “can lead to death.”

According to the product label, a Benzedrex dose contains 250 mg of propylhexedrine. 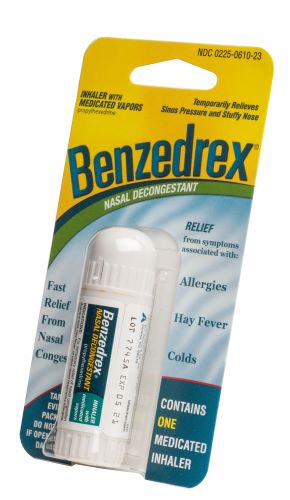 FDA says bezendrex is the only OTC propylhexedrine nasal deongestant inhaler marketed in the US.

Because propylhexedrine can be abused when removed from inhalers, the agency says it’s requesting all manufacturers of OTC nasal decongestant inhalers containing the ingredient to consider product design changes that support its safe use.

The agency suggests “modifying the product to create a physical barrier that would make tampering with the device and abusing the propylhexedrine inside more difficult.” It also recommends “decreasing the amount of medicine the device contains could also reduce the risk of serious side effects if abused or misused.”

Meanwhile, it “will determine if additional FDA actions are needed.”

Not Amphetamine But Still Abused

Teja and his colleagues stated in their report that propylhexedrine was developed in the mid-1900s as a substitute for amphetamine, which once was the active ingredient in Benzedrex inhalers, in response to abuse and deaths from amphetamine extracted from the inhalers. Propylhexedrine is related to amphetamine but has been structurally modified to be less dangerous.

“There have been many reports of toxicity associated with propylhexedrine extracted from an inhaler and swallowed or injected,” they stated.

The researchers suggested that because propylhexedrine isn’t chemically classified as an amphetamine, it wasn’t included in the Combat Methamphetamine Epidemic Act of 2005 which limits amounts of the pseudoephedrine, ephedrine and norpseudoephedrine OTC drugs that consumers can purchase daily and monthly. (Also see "Pseudoephedrine Tide Turns: Nonprescription Sales Return In Mississippi, Oregon Mulls Change" - HBW Insight, 22 Mar, 2021.)

The act, intended to prevent the diversion of PSE for illicit production of methamphetamine, also requires behind-the-counter sales of the products and for retailers to require purchasers to show identification.

Two states imposed more stringent restrictions by requiring prescriptions for all drugs containing the ingredients, but one, Mississippi, recently rescinded its law effective in January 2022, and the other, Oregon, is considering dropping its Rx requirement.

Several members of Congress also have pushed for a federal law banning sales to minors of dextromethorphan-containing OTC decongestants. The proposal hasn’t moved in Congress, but 20 states have imposed the age requirement, as have numerous local governments.

Moving propylhexedrine, or any ingredient currently available nonprescription in the US, to Rx-only access is a regulatory path the FDA almost certainly won’t take. Limiting sales of PSE and other amphetamines available in OTC antihistamines was done through legislation, not through an agency rulemaking.

Moreover, while the Combat Meth Act was enacted to prevent the diversion of PSE for illicit production of methamphetamine, the problem the FDA and researchers note with propylhexedrine is abuse, not diversion to some other use.

The FDA doesn’t have authority to require behind-the-counter sales of a nonprescription drug, though emergency contraceptives available OTC initially were distributed only by pharmacists according to a requirement the switch sponsor voluntarily added to its application. Under FDA regulations, pharmaceutical products approved for sale in the US are either prescription or nonprescription – there is no third class.

State or local age restrictions on dextromethorphan sales, which have the drug industry’s support, have slowed the rate of abuse of the ingredient and the potential for a federal law essentially has passed. (Also see "HBW Legislative News: Another Federal CR, Michigan On DXM List, Senators Say Supplements Are 'Medical Expenses'" - HBW Insight, 21 Nov, 2019.)