P&G could be using a door left open in FDA’s 2015 proposed rule that questioned the safety of offering co-packaged supplements and drugs. With OTC drug and supplement firms always looking to drive sales growth, competitors large and small could follow P&G through the door. 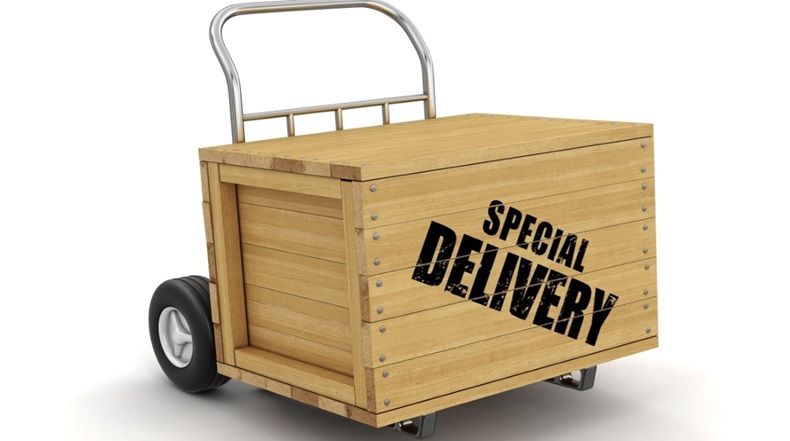 While offering its Vicks Super C dietary supplement formulations in the US in packages with DayQuil or NyQuil helps get consumers’ attention to the brand, P&G’s strategy also tests the Food and Drug Administration’s policy, as stated in a proposed rule, questioning the safety of offering co-packaged supplements and drugs.

But the global manufacturer and marketer of health, personal and household care items could be using a door the FDA’s 2015 proposed rule left open, food and drug law attorneys say.

Cincinnati-based P&G, which is advertising DayQuil/NyQuil co-packaged with Super C in TV commercials, didn’t respond to multiple requests for comment on the brand's launch.

With OTC drug and vitamin, mineral and supplement firms, like businesses across all consumer-packaged good categories, always looking for marketing and advertising changes to drive sales growth, competitors large and small could follow P&G through the door.

“I think it's fraught with regulatory risk,” said Scott Bass, a partner at Sidley Austin LLP in New York and head of its Global Life Sciences team.

“You don't normally want to combine something you use daily with something you only use for an immediate symptomatic relief,” added Bass, who as a congressional staffer helped draft the FDA's supplement manufacturing and marketing regulatory framework when it was passed by Congress in 1994.

Steven Shapiro, of counsel at Rivkin Radler LLP in New York, noted that in the 2015 proposed rule, the FDA includes this explanation for its reservations about co-packaging a drug with a vitamin, mineral or supplement product: “In the case of a dietary supplement co-packaged with a drug, the co-packaging implies that the dietary supplement is intended to be used for a therapeutic purpose.”

“It’s implied that they’re safe when used together and that they work together,” Shapiro said.

Shapiro noted language in the proposed rule that could’ve led P&G to see an opportunity to co-package its OTC brands with Super C products.

“It looks like they are doing exactly what FDA says can be done,” said Shapiro.

And just as regularly, marketers of vitamin C formulations also containing zinc or other herbs and minerals say those products are key sales drivers.

P&G offers Super C caplets in two formulations: packaged with DayQuil is Energize & Replenish with vitamins C, B6 and B12, thiamin, calcium and a blend of extracts from turmeric rhizome, ginseng root and green tea leaf; packaged with NyQuil is Rest & Replenish with vitamin C, calcium, zinc, copper and a blend of extracts from ashwagandha root and leaf, echinacea herb and chamomile flower. 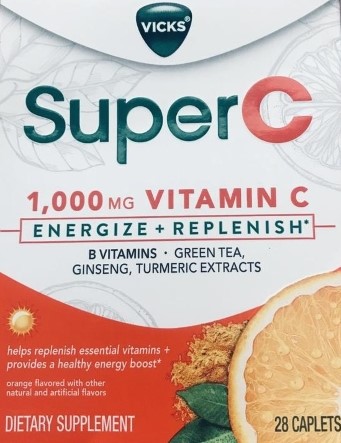 Zicam, labeled with zinc as its only active ingredient and with ascorbic acid, or vitamin C, as an inactive ingredient, and Cold-Eeze, labeled with zinc but no vitamin C, differ from Super C and Emergen-C with labeling as homeopathic drugs and directions to use at the onset of cold symptoms and until symptoms are gone. Super C and Emergen-C, which is offered only in powder form, are labeled as dietary supplements with directions for ongoing, daily use.

In 2013, an industry self-regulation group rejected a challenge by the original owner of the Cold-Eeze brand to the original Zicam brand owner’s use of “pre-cold” claims that set the product apart in the market. (Also see "Matrixx Keeps “Pre-Cold” With NAD Ad Victory" - HBW Insight, 22 Aug, 2013.)

Cold-Eeze offers lozenges and gummies in an extra-strength cold-shortening formulation and in prevention formulations including herbs and minerals. Mylan NV acquired the Cold-Eeze line from ProPhase Labs Inc. to be the centerpiece of its US OTC business in 2017. (Also see "Cold-Eeze Deal Puts Homeopathic Brand At Center Of Mylan Consumer Business" - HBW Insight, 17 Jan, 2017.)

DayQuil and NyQuil are available under FDA OTC drug monographs, which don’t impose pre-market approval requirements; as a supplement containing ingredients long available in the US, Super C also isn’t subject to any pre-market clearance by the FDA.

Among major consumer health product marketers in the US, P&G is apparently the first to offer OTC drugs and supplements in a single package since the FDA in 2015 published a proposed rule stating that supplements co-packaged with OTC drugs would be considered unapproved new drugs.

While claims for shortening the durations of colds drive sales for zinc and vitamin C formulations, Cleveland Clinic researchers recently cautioned consumers not to expect the products to significantly help treat symptoms of COVID-19 infections.

Results from a clinical trial with 214 adults who had a diagnosis of severe acute respiratory syndrome coronavirus 2 (SARS-CoV-2) showed no significant difference among the treatment groups in number of days to reach no presence of fever, cough, shortness of breath or fatigue, or in number of days required to reach a 50% reduction in symptoms. (Also see "Zinc, Vitamin C Don't Reduce COVID-19 Symptoms; Impact On Shortening Colds Not Questioned" - HBW Insight, 23 Jul, 2021.)

The FDA, though, is more likely to notice a large, multi-national business offering major OTC brands co-packaged with a supplement product.

It also states that supplements co-packaged with OTC drugs would be considered unapproved new drugs because they are sold with a drug product.

“When used as part of a fixed-combination or co-packaged drug, dietary supplements are considered to be an active ingredient in that product and subject to the requirements of this proposed rule,” the proposed rule states.

Otherwise, in a statement that prompted supplement industry stakeholder response, the FDA said the “proposed rule does not otherwise address nor affect FDA policy on dietary supplements.”

The overall language of the proposed rule indicates it would affect the supplement industry, with the proposal’s definition of dietary supplements as drugs when co-packages short-sighted and unfair, said the Council for Responsible Nutrition in May 2016 comments. (Also see "OTC, Supplement Co-Packaging Potential Could Be Clipped By FDA Proposed Rule" - HBW Insight, 29 Aug, 2017.) 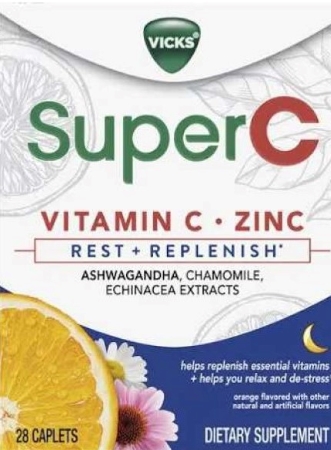 While deeming dietary supplements as drugs when co-packaged with a drug, the proposed rule also explains that that drugs packaged together could “pose certain concerns that differ from those of fixed-combination drugs,” including “potential confusion regarding labeling and misuse.”

For OTC drugs, packages with containers of both daytime and nighttime formulations of the same ingredient could be deemed mislabeled under the proposed rule, as well as co-packaged products with little similarity in use, such as an oral analgesic sold in tandem with a topical pain relief product.

The proposed rule, which got renewed attention two years after it was published as co-packaging emerged as a sales driver for firms in the OTC drug and supplement industries, remains pending.

The FDA’s Center for Drug Evaluation and Research declined to comment on expectations for progress on the proposal being finalized or on whether the center is considering changes to the proposal. The agency's latest semi-annual unified agenda with non-binding estimates of for regulatory actions lists February 2019 as a target date for publishing a final rule.

In 2017, the CDER said that under the proposed rule, it would determine on a case-by-case basis whether co-packaged nonprescription drugs and vitamin, mineral or supplement products already available in the US are in violation of FDA policy.